Our Highlights From The Baselworld Event 2017 | Luxe Watches

Our Highlights From The Baselworld Event 2017

Luxe Watches were happy to attend this years Baselworld event in Basel, Switzerland. Amongst all the hype, rumours and speculation, we were appreciative and fortunate enough to see some of the most exquisite timepieces to be released this year.

From the moment we stepped foot in the exhibition hall it was clear that this event was the pride of the watch industry; giant multi-million pound stands with pop-up cafes and champagne bars, camera crews filming respective news articles in various languages dotted all over the place and the odd celebrity or footballer walking by and perusing the watches on show etc.

With each brand taking pride in their new collection, its difficult to really pick a few highlights from the show – simply as every brand had something to offer. The watches produced by the Swiss giants were simply sublime, and equally the smaller less known brands were also just as good. Here are just a few of out highlights from the event:

This year Patek Philippe have really out done themselves. Firstly, it was great to see a new modern version of the classic that is the Aquanaut, paying much respect to the reference as it surpasses its’ 20th year in production. Cased in white gold, this timepiece features important innovations in the field of horological design and make it a mechanical work of art. This includes a new Spiromax balance spring, a new patented terminal curve and a mechanism crafted from conventional horological steel that is used to set the second time zone.

These remarkable innovations combined with the sporty and elegant look of a modern watch ensure the Aquanaut Travel Time Ref. 5650 Patek Philippe Advanced Research to be giant success. The reference is limited to 500 pieces worldwide, giving the watch just that extra bit of uniqueness. 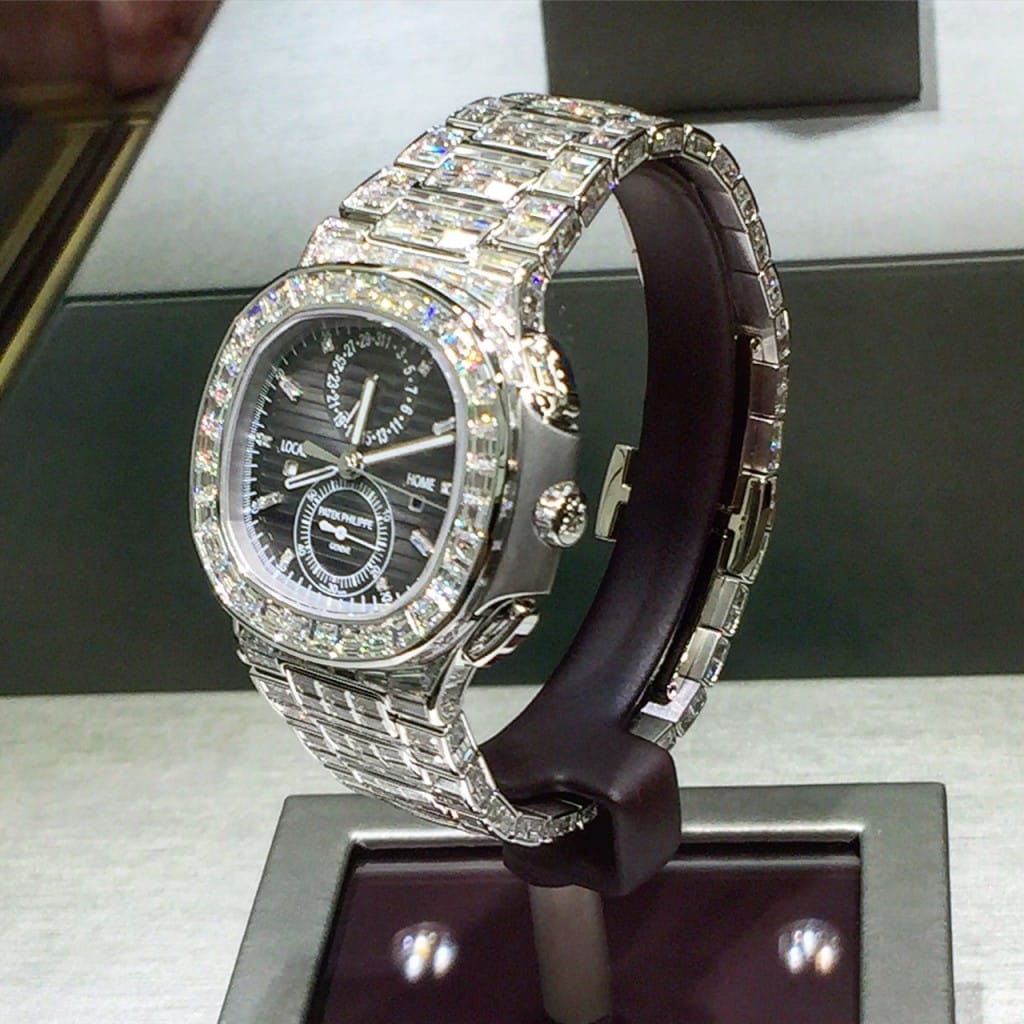 We also saw (and posted on our Instagram page) the most incredible Patek Philippe Nautilus Ref 5990 entirely encrusted with baguette diamonds and set in a white gold case. This stunning timepiece is likely to send chills down your spine, and has to be mentioned as a considerable highlight from the show.

Much of the pre-speculation surrounding Baselworld was focused on what Rolex were planning on bringing out for 2017, and it was great to see finally what Rolex had to offer. Despite the negative initial reaction, we liked the stainless steel and white gold and blue dial Sky-Dweller Ref 326934, and really do believe this classic will be very popular amongst Sky-Dweller fans. 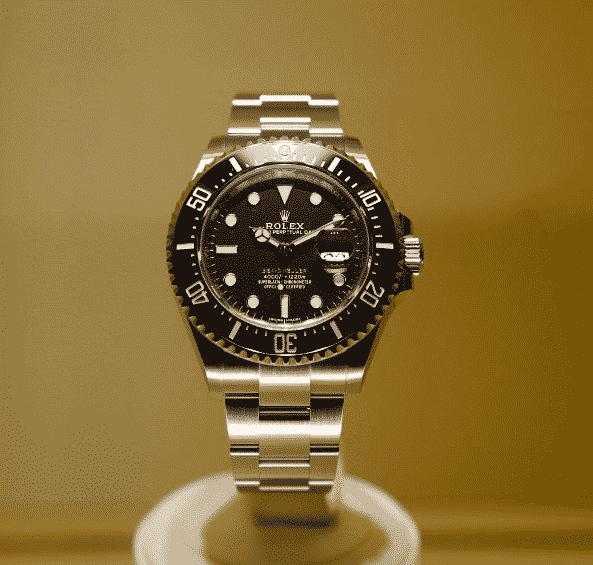 The inclusion of a 50th anniversary Sea-Dweller was also great to see, paying tribute to a classic Rolex model, whilst also giving Rolex fans a timepieces that is classic in look and steeped in tradition and heritage. The new Rolex Daytona collection (Yellow Gold, White Gold and Rose Gold with a black Cerachrom bezel), was also something which stood out to us. Given the positive reaction of the Rolex Daytona 116500LN at last years event, we can only see this collection being just as popular – and look absolutely stunning in the flesh.

Hublot were ever present at this years Baselworld, with a stand that can be described as something out of the future. The stand featured seriously cool black decor with a Ferrari supercar in the middle, and the latest watch stands equipped with motion sensors. When you ventured to close to the watch, the stand panel would flip, protecting the watch from any ‘intruders’.

Asides from the actual stand itself, Hublot’s new timepieces were something to marvel at. We particularly loved the Sapphire Crystal Big Bang pieces in black and white sapphire, as well as the unusual MP-05 La Ferrari Sapphire, that sat in a transparent tube in front of the Ferrari. 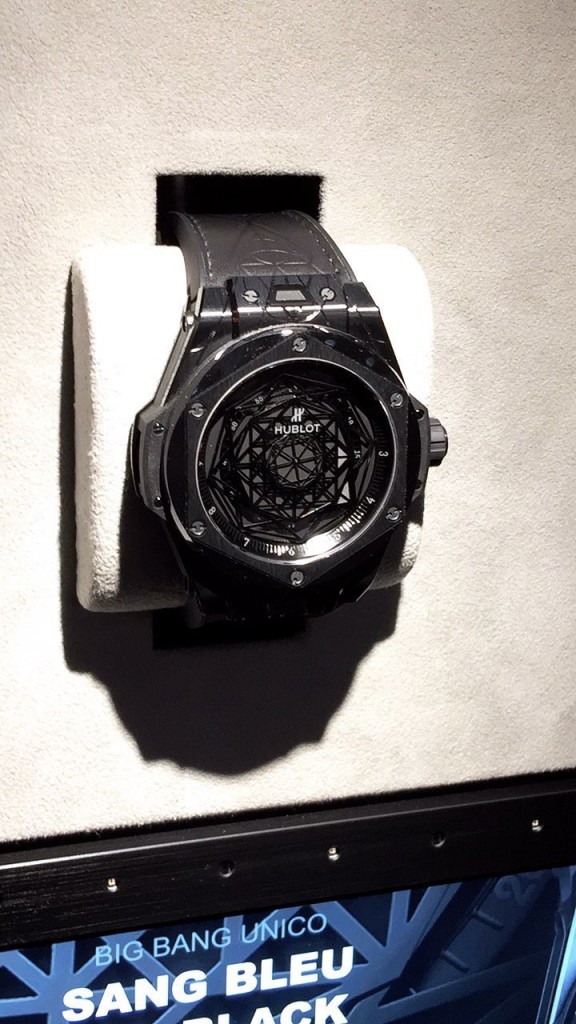 We also loved the new Hublot Big Bang Sang Bleu collection, available in black carbon, Hublot’s King Gold and diamond pavé. The intriguing design and different time display ensure this is a watch that is that not only looks great but is unique through to its core. We were particularly impressed by the full diamond pavé edition, and looks truly spectacular in the flesh.

Omega paid tribute to the history of Speedmaster as the watch series celebrates the 60th anniversary since its conception. The stand featured every Speedmaster watch since 1957. New to 2017, Omega released a new Seamaster 300, a new Railmaster and a new Speedmaster. These watches have a very classic feel and look to them, as they certainly pay tribute to the heritage of this great brand. 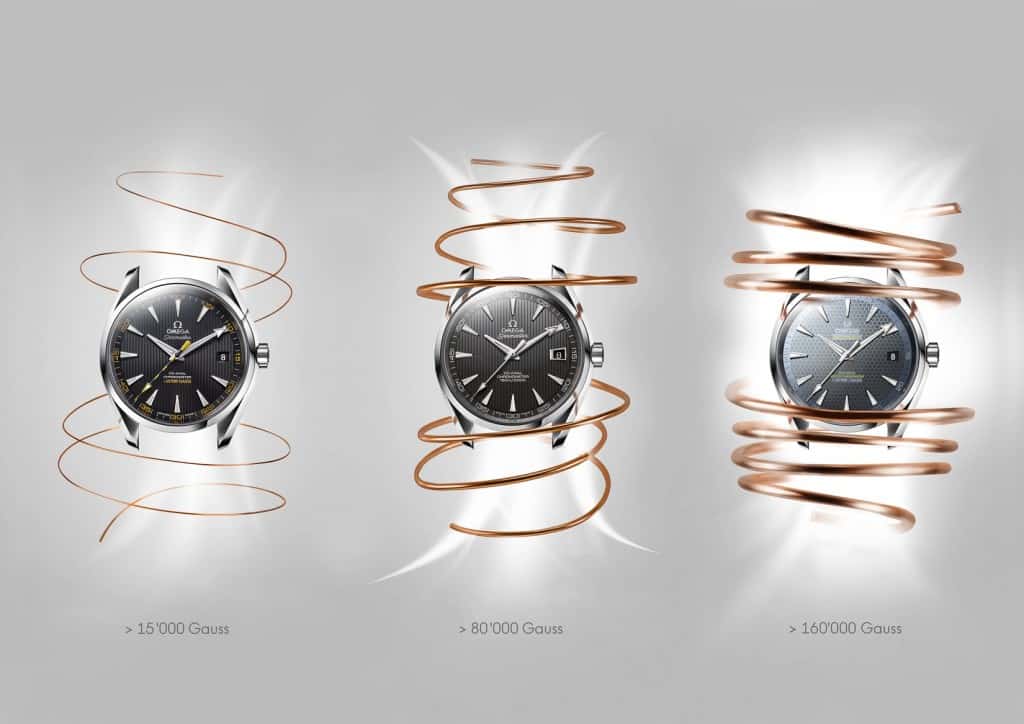 Whilst the stand paid homage to the Speedmaster collection, Omega also showcased the new timepieces in the Seamaster collection and other novelties watches, with a perfect balance between modern timepieces with a traditional look and feel.

One watch manufacture that really did exceed our expectations was the very famous Jacobs & Co. Those that know the plight of Jacobs & Co, know that they have a focus on jewellery rather then watches, however this year there has been more emphasis on watches – and these were some watches. 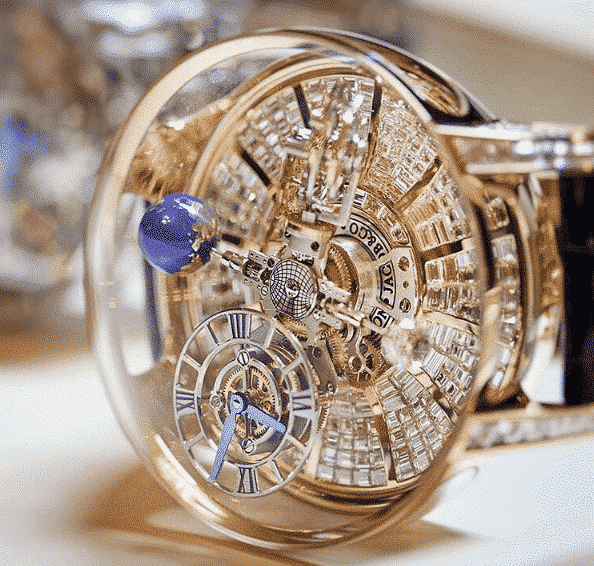 The big release from Jacobs & Co. this year was the inclusion of the stunning Astronomia Solar – a watch that took a staggering 2 years of development. The watch features a working display of eight planets from our solar system; Mercury, Venus, Earth, Mars, Jupiter, Saturn, Uranus and Neptune. The watch is cased in a 18-CT rose gold 44.5mm case with a unique domed sapphire with double anti-reflective glass. The watch proves to be a watch that is simply out of this world.

Here are some more images from the event: