A very special Sotheby’s watch auction will take place in the next couple of days, and is home to an impressive collection of vintage and modern timepieces. The auction boasts a level of refinement in provenance, rarity, and value for their customers, with brands such as Patek Philippe, Richard Mille,  Greubel Forsey and A. Lange & Sohne topping the bill. These watches are known by their technical ability, grand complications and powerful presence, and will offer collectors the opportunity to acquire rare and powerful timepieces. Here are just five picks that are expected to reach above and beyond their asking price.

The true one to watch this auction is this extremely rare platinum timepiece with a minute repeating perpetual calendar tourbillon movement with retrograde date and moon phase complication. The watch is 37mm in diameter and crafted in platinum, and features a white opaline dial, applied white gold Breguet numerals and white gold Breguet hands. 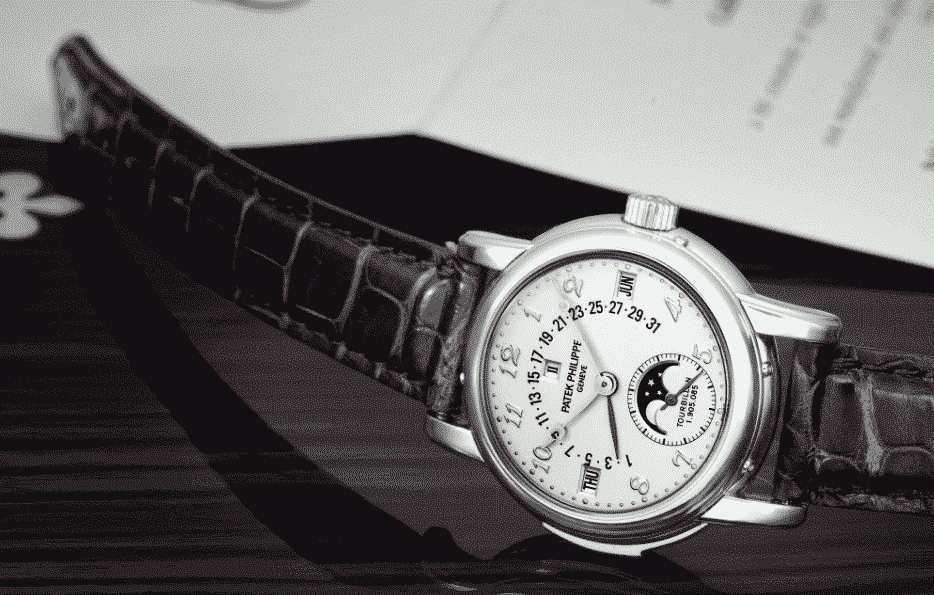 The reference 5016 is in a limited series from 1994 to 2010, and showcases the very best of Patek Philippe, exemplifying the brand’s watchmaking excellence. The watch combines the highly prized functions including a tourbillon, minute repeater, perpetual calendar with retrograde date, and moon phases. The watch consists of more than 500 minuscule parts within the renowned Calatrava case, the model once held the coveted title of the most complicated Patek Philippe wristwatch in existence – eventually being taken over by the fabled reference 5002 ‘Sky Moon Tourbillon’ in 2001, followed by reference 5207 in 2008. 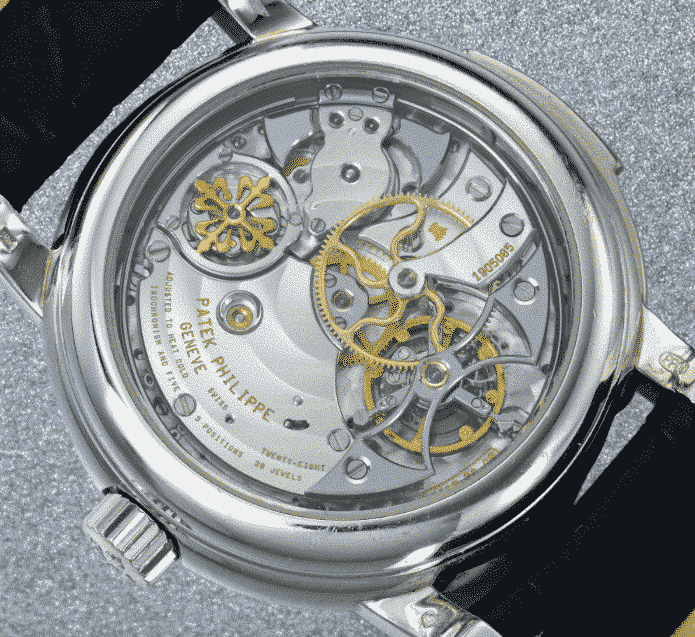 Beating at the heart of this wristwatch is calibre R TO 27 PS QR, a hand-wound movement with a built-in tourbillon regulator which rotates on the same axis as the balance and fourth wheel. The complicated movement configuration is located at the back of the watch in order to minimise the exposure to daylight and therefore extends the longevity of the movement and the oils inside. The watch is accompanied by a Certificate of Origin and an Extract from the Archives confirming the date of sale to be December 11th 2003. Sotheby’s have included an estimated price of $400,000 – $600,000, with the expectation that this timepiece will break that price range.

Another rare and exceptional timepiece comes in the form of the stunning Richard Mille RM 008 AG PG which features the iconic tonneau Richard Mille shape along with a split seconds chronograph function, with a tourbillon complication as  well as a torque and power reserve indicator. The watch case is 48 x 40 mm and crafted from 18K pink gold. The watch features split seconds chronograph pushers, sapphire crystal for the front and caseback, along with a sumptuous brown leather crocodile strap with titanium folding clasp. 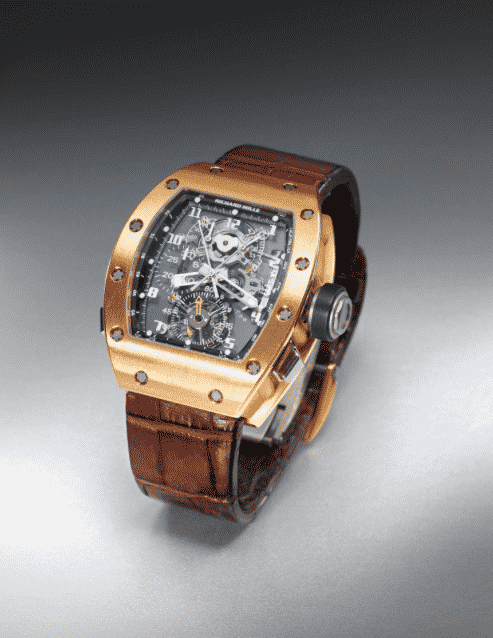 The watch is powered by the caliber RM008/1 manual winding lever movement, powering several complications including a tourbillon located at 6 o’clock, split seconds chronograph, and torque and power reserve indicators, along with conventional time display. The watch is signed and numbered 48, and is said to be dated for 2010. The estimated price on the Richard Mille RM 008 AG PG is $250,000 – $350,000, and again is widely expected to smash this estimated price.

One absolute classic from the auction is lot 210 – A. Lange & Söhne Zeitwerk Handwerkskunst in platinum. The watch features a jump minute and hour display system with a power reserve indicator located at 12 o’clock and a subsidiary seconds dial at 6 o’clock. The watch is 42mm in diameter and crafted from platinum, with a hand engraved black rhodiumed white gold dial and oversized apertures to display the minutes and hours effectively. The watch also features sapphire crystal display front and caseback and a black leather A. Lange & Söhne strap and buckle. The watch is powered by the incredible calibre L043.4 manual winding German silver and hardened 18K gold lever movement, with a total of 68 jewels with 2 set in gold chatons. 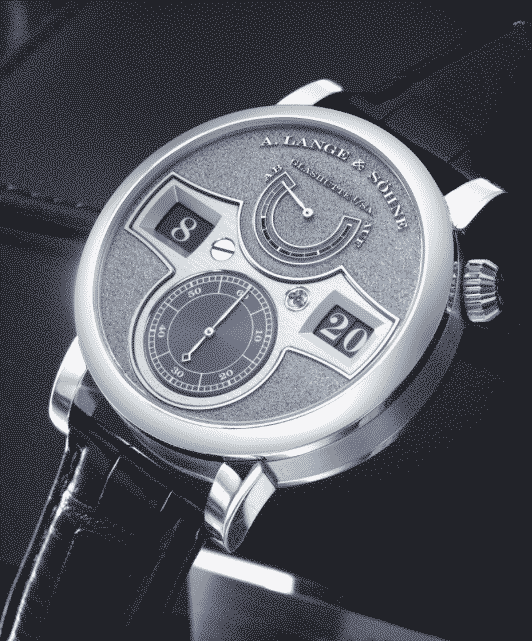 The Zeitwerk Handwerkskunst was produced in a limited series of 30 watches and features a beautifully elaborate tremblage engraving. In this example, the timepiece is number no. 21/30. Preceded by the original Zeitwerk model, the watch features a similar movement design around the triple jumping disc display system. However, not only does the movement operate jumping hours, but it also carries the mechanism into the minutes allowing all digits to change instantaneously – a feat that is revered in all facets of the watch industry. Sotheby’s have given this watch an estimate of $120,000 – $180,000.

Amongst the many modern Audemars Piguet available at this auction, this fine and rare platinum minute repeating tourbillon wristwatch Jules Audemars, dated 1996. The timepiece is 40mm in diameter crafted in platinum and features a stunning cream dial, with an aperture at 6 o’clock revealing tourbillon carriage. The watch also features applied radial Roman numerals and Feuille hands. The watch is powered by the calibre 2872 manual winding tonneau nickel lever movement with 32 jewels, three armed tourbillon, repeating on two gongs. 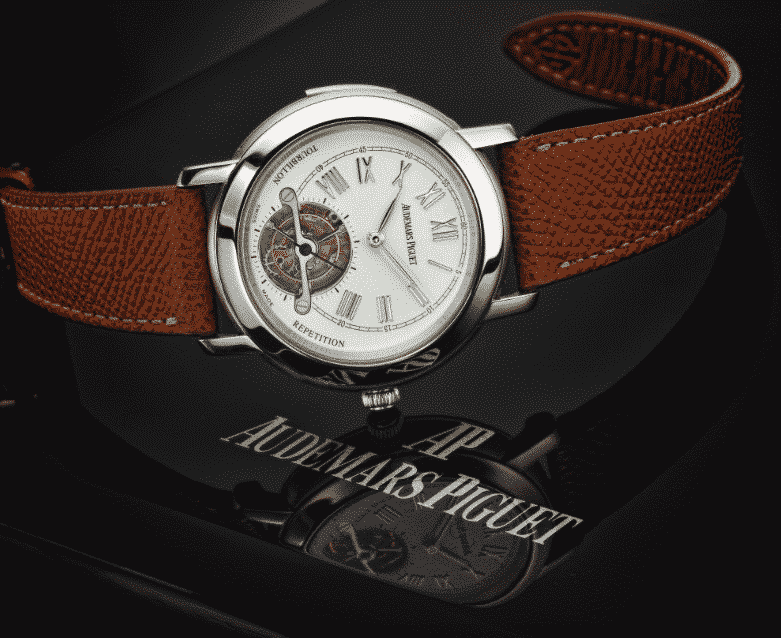 The watch is accompanied by an Audeamrs Piguet registration extract, a key, and a presentation box with outer packaging. This timepiece combines two of the most respected, sophisticated complications in watchmaking : the tourbillon and the minute repeater. While both complications were originally founded in pocket watches, this timepiece represents the technical innovation employed by Audemars Piguet to later appropriately fit such complications into a wristwatch. Sotheby’s have estimate this watch at around $60,000 – $90,000.

Greubel Forsey are renowned for their innovation and constantly pushing the boundaries of haute horology. This Double Balancier is 43.5mm in diameter and crafted in 18K white gold with a frosted silver dial with apertures at 5 and 9 o’clock to reveal the escapements. There is also a subsidiary seconds dial at 7 o’clock and a power reserve indicator at 2 o’clock. The watch is powered by the calibre GF04S2 manual winding frosted with polished beveling ruthenium finished movement. The movement features 53 jewels in gold chatons and complete with two incredible balance wheels and escapements inclined at 35º. 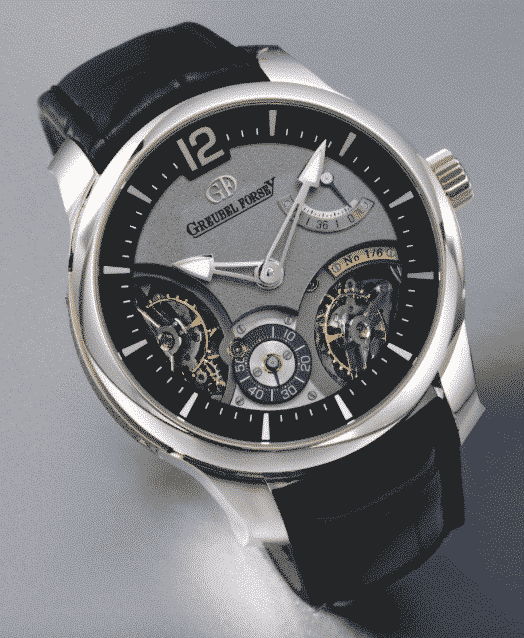 Greubel Forsey unveiled the Double Balancier back in 2013, and was the first watch from the firm that did not include the trademark tourbillon. Instead the watch utilised two separate balance wheels and escapements to provide accurate and reliable timekeeping. The averages of the two balance wheels then translates itself into the subsidiary seconds dial located at 7 o’clock. Lot 335 is numbered 1/6 and provides collectors with an opportunity to acquire one of the most limited Greubel Forsey watches to have ever been produced. The estimate price is between $200,000 – $300,000.