To kick of the start of the Salon International de la Haute Horologerie (SIHH) week, giant Swiss watch makers Richard Mille unveiled a new crown jewel in their already impressive collection: The RM 50-03. This stunning timepiece is in collaboration with the McLaren-Honda F1 racing team and marks a continuation of the relentless innovation, unmistakable quest for perfection and hunger to be the best for these two parties.

The RM 50-03 Tourbillon Split Seconds Chronograph Ultralight McLaren F1 is a technical masterpiece, offering an out of this world mechanical performance and even better looks. The watch just weighs 40 grams including the strap, making it the lightest chronograph ever made.

Richard Mille are certainly no strangers to using the most cutting-edge materials – and this example is no exception. The RM 50-03 is a combination of titanium, carbon-fibre and a new Richard Mille material – Graph TPT™ – a by product of Carbon TPT™ and Graphene. Using these materials make the timepiece ultra-lightweight and extremely durable. This revolutionary material is reported to being six times lighter than steel, yet 200 times stronger.

The RM 50-03 also includes a first in state of the art crown protector technology. A torque-limiting crown was added to the timepiece as an added security system that prevents accidentally over-winding the watch, that could result in damaging or breaking the winding stem or putting to much pressure on the barrel spring. This is yet another example of Richard Mille’s innovation and ability to listen to customer feedback to create a solution. 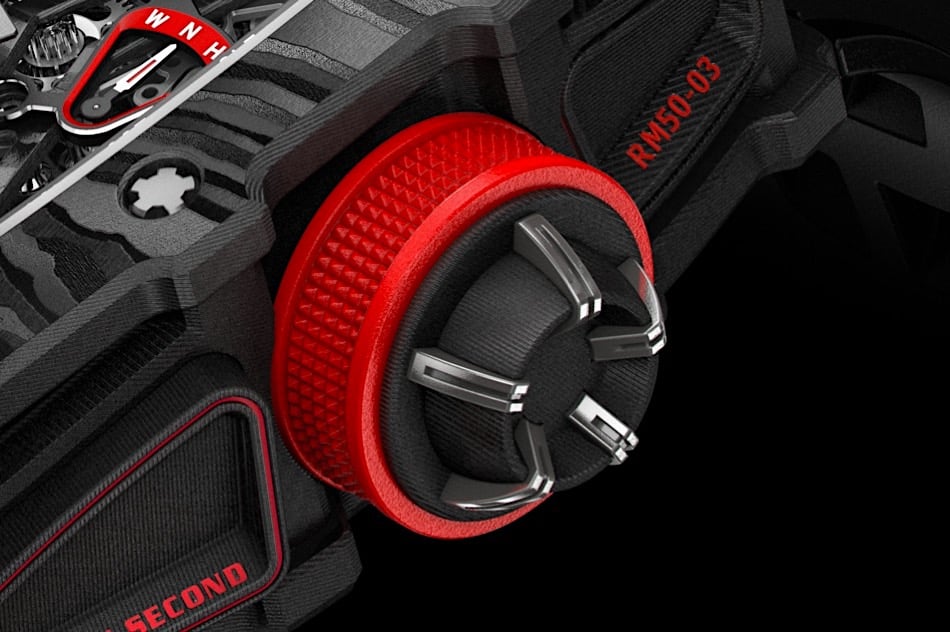 “We couldn’t have dreamt of a more fitting partner in terms of image than McLaren. it’s an organisation that strives to achieve perfection – whether it be in research and development, aesthetics or execution, right down to the smallest details. With our 10-year partnership, we’re really only at the beginning of exploiting the opportunities and know-howthat exists between both our companies.”

The movement (like most Richard Mille timepieces) is something to marvel at. The light-weight feel of this watch is no doubt thanks to the use of grade 5 titanium and Carbon TPT for the baseplate and bridges of the movement. The traverse cage crafted of such materials is inspired by the so called wishbone suspension structure of a McLaren-Honda F1 car, and is said to have greater performance and reliability than that of a regular calibre movement. 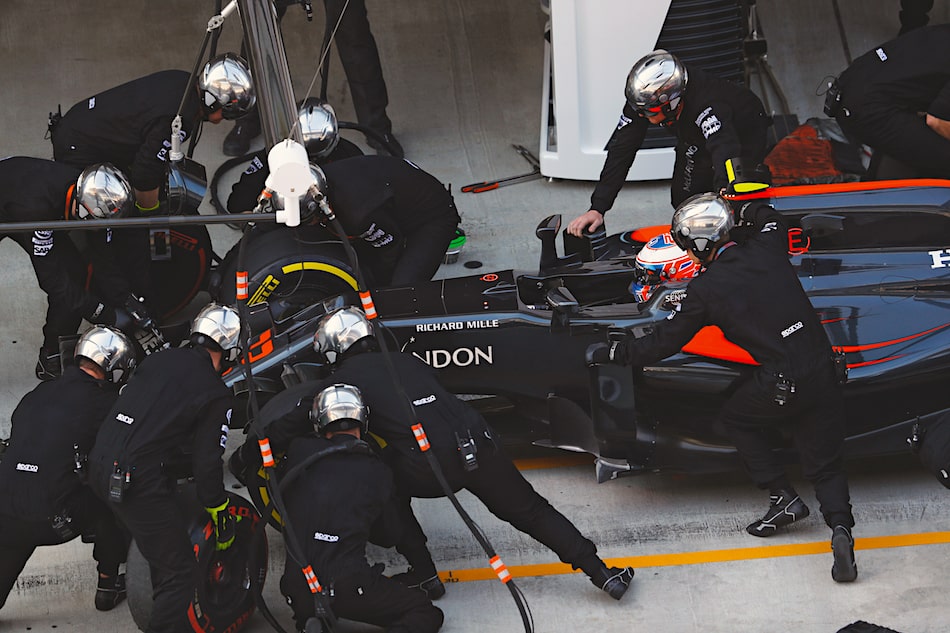 The RM 50-03 Tourbillon Split Seconds Chronograph Ultralight McLaren F1 will be limited to just 75 pieces worldwide and will be accompanied by a 1:5 scale model of the 2017 McLaren-Honda car driven by double-world champion Fernando Alonso and Stoffel Vandoorne.