The Richard Mille RM 11-03 in titanium has officially arrived and initial reaction is that of disbelief. Feelings of disbelief then turn to sheer amazement and the realization that this is a very serious timepiece. Yet you are constantly reminded of the spirit of Richard Mille and their relentless quest for both mechanical excellence and breath-taking beauty – something that is very much apparent in the RM 11-03 titanium.

What’s new with the RM 11-03 Automatic Flyback Chronograph? Well, the original design has been slightly tweaked or improved, without losing the overall concept and style of this watch. All Richard Mille connoisseurs will instinctively point to the case design as the initial design change. The case still retains the iconic Richard Mille tonneau shape but has been combined with the look of the Richard Mille RM 27-02 Nadal, which proves to be very popular amongst fans and collectors. Despite it looking so good, Richard Mille insist the shape also reinforces the structural integrity of the watch. 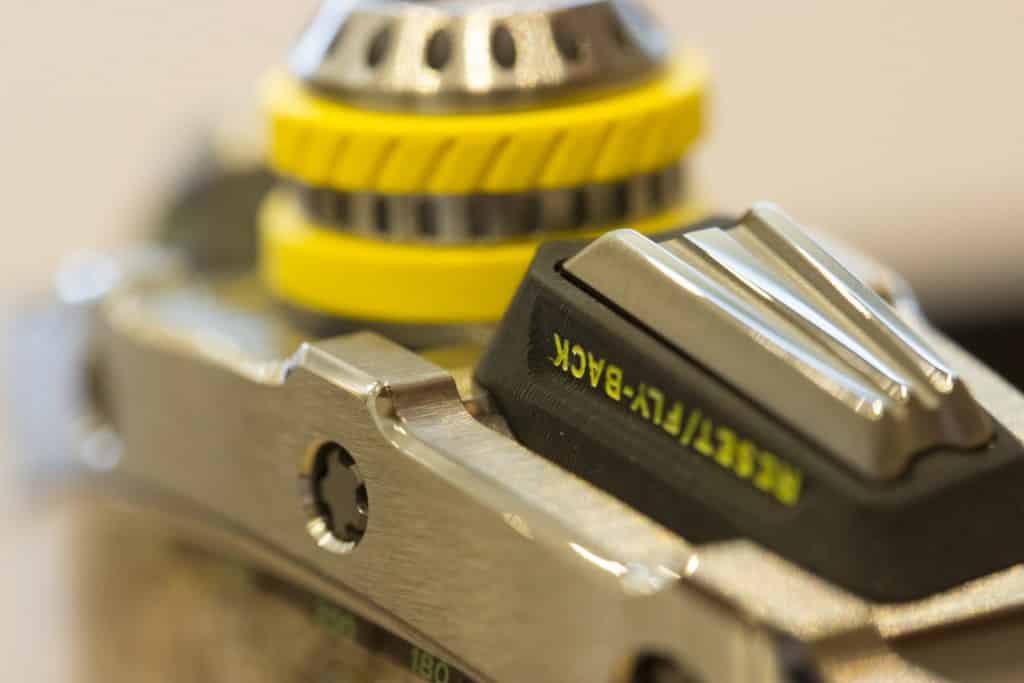 In this particular model, the case and buckle are finished with grade 5 titanium metal, but the RM 11-03 is also available in white gold and red gold. Small intricate details truly make this a special watch and a true reflection on the mastery and dedication at Richard Mille. The chronograph pushers are a combination of carbon fiber meets titanium and the crown manufactured in grade 5 titanium with a double seal O-ring and rubber collar to minimize damage from over-winding.

The open-worked dial and clear caseback serves as viewing windows to the clear artistry that is evident at Richard Mille. When looking at the front and back of the watch, it strikes me that this is much more than a watch – it is a work of art. You find yourself looking at beyond the numbers, dials and mechanical parts and more of the skill, craftsmanship, technical design and the many hours that went into assembly. To see this view even clearer than usual, Richard Mille has equipped anti-glare treated sapphire. 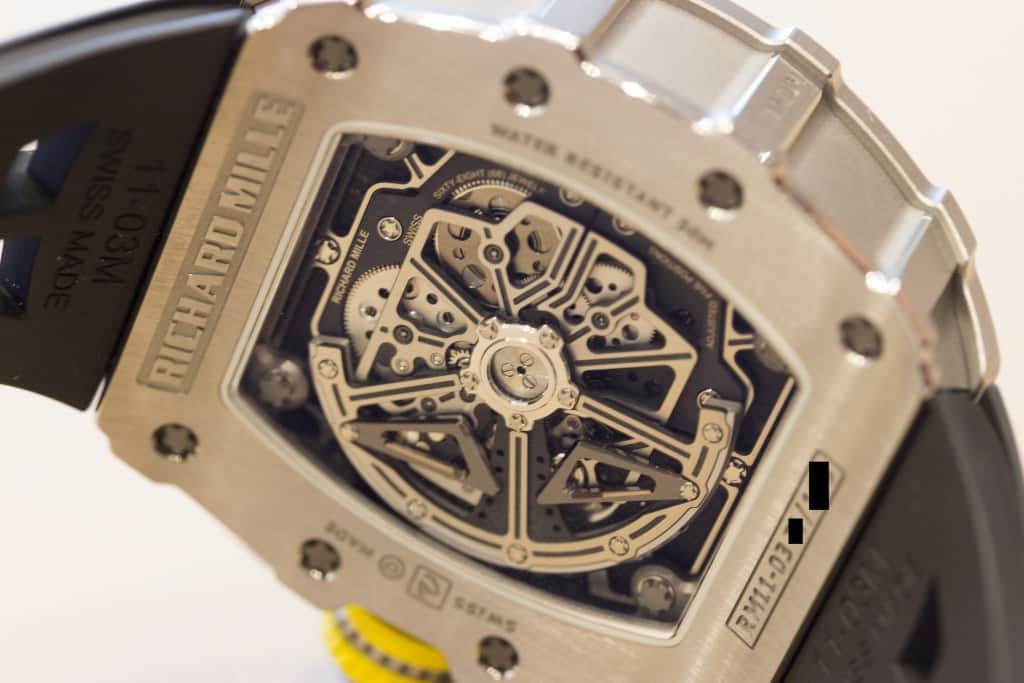 The movement of the Richard Mille RM 11-03 is an automatic chronograph movement, complete with an annual calendar and a flyback function. Richard Mille have certainly made changes to the inner workings of the RM 11, with an entirely new design of the plates and bridge. The watch includes two barrels, mounted side by side, to ensure stable coupling while providing a staggering 55-hour power reserve. The baseplate and bridges are made with grade 5 titanium, to ensure shock-resistance to the entire movement and as I’m sure you would agree, looks fantastic.

The RM 11-03 also debuts a new variable geometry rotor. The upgraded rotor has been placed to run the RM 11-03 in order to maximize the effect of shifting the rotor’s center of gravity. This in effect increases or diminishes coupling and is a new optimized rewinding of the movement based on the wearer’s activity level. The design of the variable geometry rotor used in the RM 11-03 is said to be inspired by aerodynamic appendages of Formula One cars. 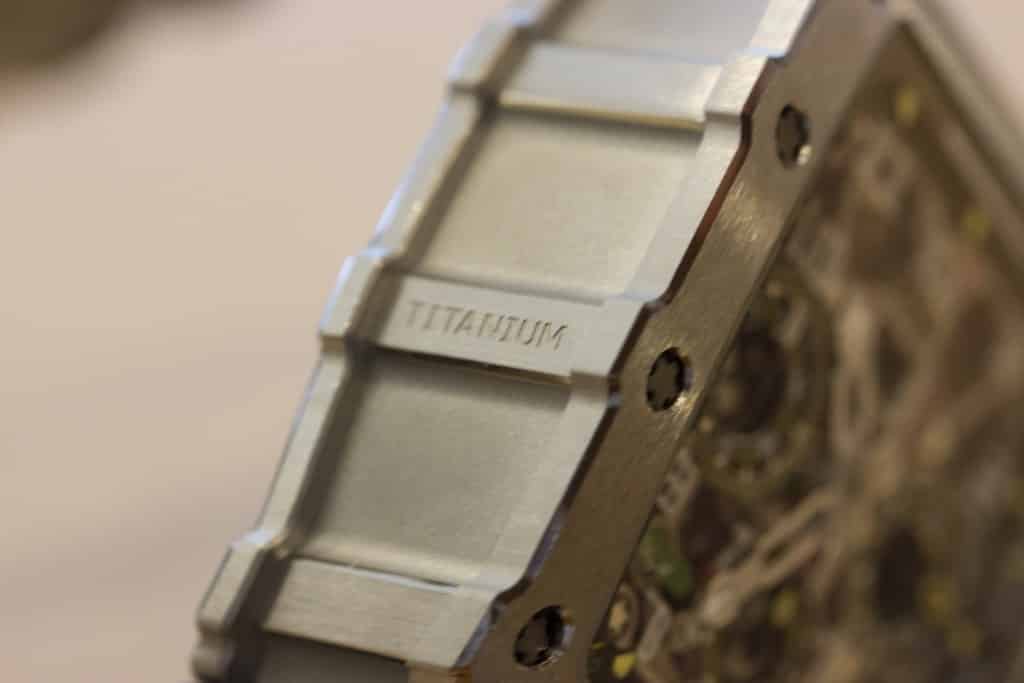 The rotor itself is made up of the Richard Mille grade 5 titanium central flange, brushed and PVD-treated, with two wings in 18K white gold. The rotor is mounted on ceramic ball bearings giving six possible positions varying the inertia of the rotor.

Legendary Formula One driver and ambassador to Richard Mille, Felipe Massa said: “I’m particularly fond of the new RM 11, which is one of the most successful watches of the Richard Mille brand. Everybody loves it and it’s a pleasure to see how it has caught on since I began wearing it (which I still do!). To me, this model is really iconic in the brand’s history.” 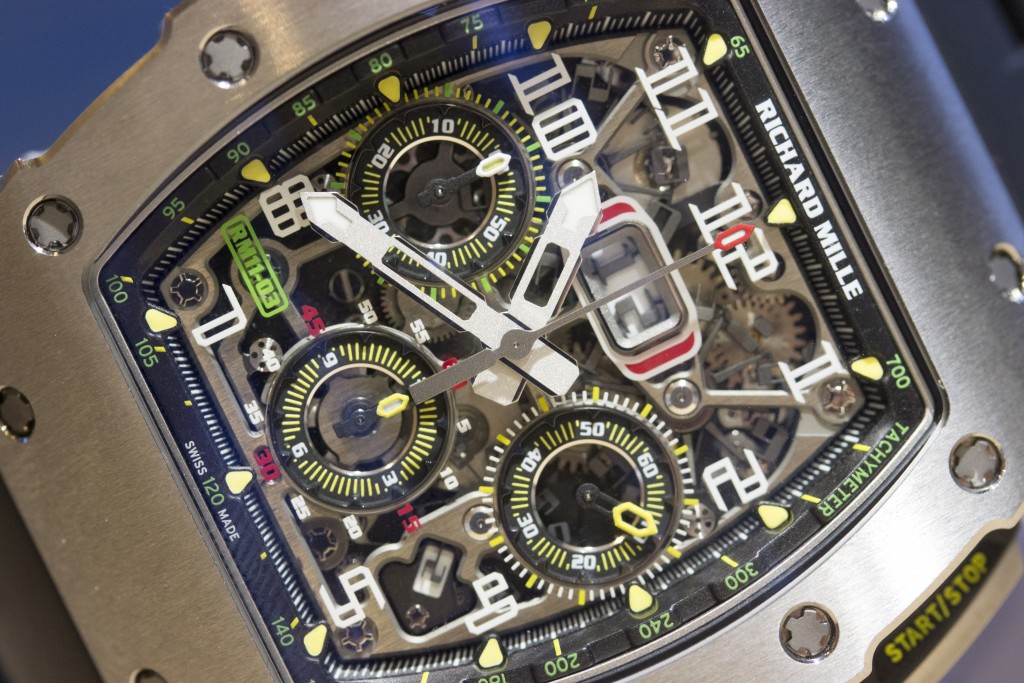 The Richard Mille RM 11-03 remains easily recognizable as the icon of the brand, and is considered a much sportier, bolder version of its predecessors. The watch is a clear example of the spirit and passion for watches at Richard Mille, with mechanical excellence teamed with incredible aesthetics. The watch follows in the lines of Richard Mille with the typical numerals, open-worked dial, bright colours and sharp lines along with impeccable finishing on the material, sapphire and strap. 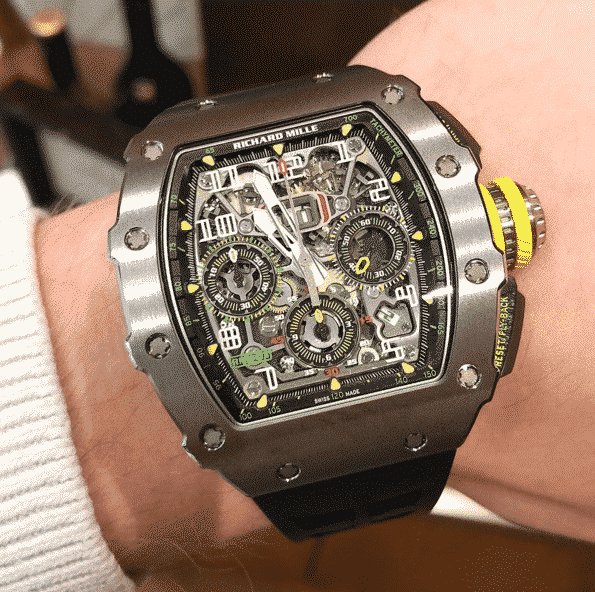 Outside of the aesthetics, the inclusion of the new variable geometry rotor, development of the plates and bridge and an overall upgrade on the RM 11 model collection to become even ore bolder and sportier than before. The beauty of this watch does really boil down to both the incredible looks with the ingenuity of the mechanical movement. Its shape is remarkably complex and highly technical – and fans and collectors wouldn’t have it any other way. Like many watches in the Richard Mille collection, this watch connects with the automotive spirit that inspired it’s creation through its design and colour use. The titanium crown emulates wheel rims and tyre treads, while grooved chronograph pushers are inspired by gas and brake pedals.

5 Affordable Watches That Are Perfect To Kickstart Your Watch Collection