The Audemars Piguet Royal Oak Offshore “Jay-Z” 10th Anniversary Limited Edition series consists of 100 timepieces. There are three versions of the timepieces, 50 stainless steel, 30 rose gold and 20 platinum. What makes this watch really special is the fact that the watch is engraved on the back with the words “Royal Oak Offshore Jay-Z 10th Anniversary” around the top and on the bottom the words “Limited Edition” and finished off with Jay-Z’s signature in the center of the back.

The number 10 on the watch dial has been set in diamonds, creating a truly spectacular look and drawing attention to the anniversary it was so made for. The platinum model will has a royal navy blue crocodile strap to match the elegance and style of this watch. Each watch comes with a special limited edition 10th anniversary box, with a 40-gigabyte iPod engraved with a saying and signature from Jay-Z and uploaded with the entire discography of his music.

Jay-Z has been collecting watches since 1997 and is an avid collector of watches by Audemars Piguet. Jay-Z first met Audemars Piguet North-America President Francois-Henry Bennahmias in 2001 and the two had been working on the concept for an anniversary release for a number of  years – with a considerable design input from Jay-Z. 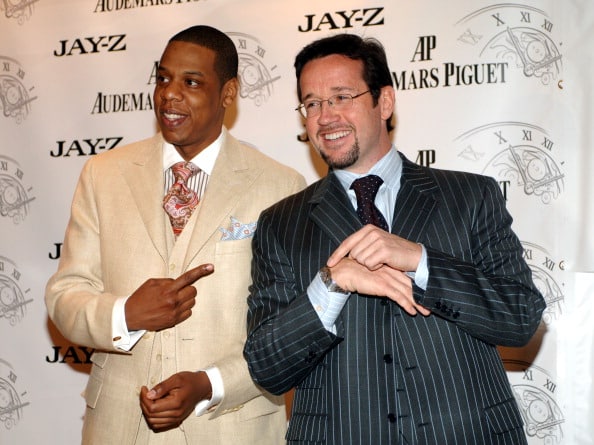 A portion of the proceeds from each watch sale has already gone towards the S. Carter Scholarship Fund, a non-profit organization founded by Jay-Z and his mother Gloria Carter. The organization helps fund aspiring individuals get into college. Find out more here. 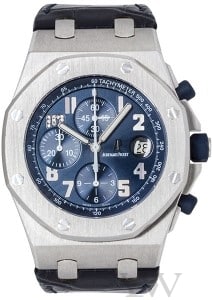