The Drive de Cartier Moon Phases watch features the new inclusion of a moon phase complication amongst the classic design of the Drive series. The watch is available in either steel or pink gold and maintains the classic 40mm cushion shape. The moon phase function is located just above the 6’o’clock position and the words ‘AUTOMATIC’ have been written below, just to serve as a subtle reminder to those that don’t know. The watch is finished with all the bespoke trimmings you would expect from Cartier; octagonal sapphire crown, two blued steel hands and the guilloche finished dial with the classic Roman numerals. 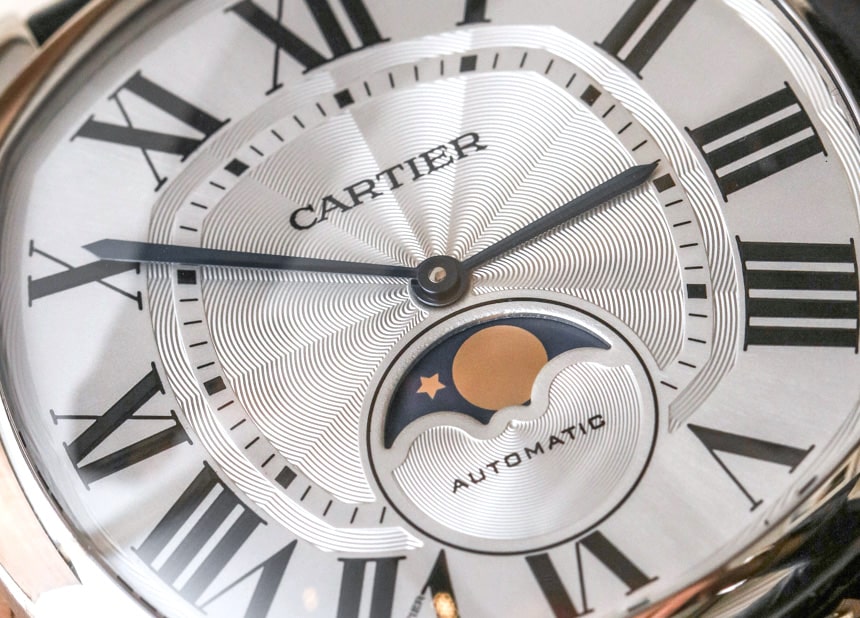 The Drive de Cartier Moon Phases watch is equipped with the new Cartier automatic Maison’s winding 1904-LU MC movement which operated at 28,800HZ and has a 48-hour power reserve. Much like the original Drive models, the steel and pink gold version are finished with a semi-matte brown alligator strap and cost $7,850 & $21,100 respectively.

The Drive de Cartier Extra-Flat watch measures in at 6.6mm in thickness and is almost 40% thinner than its’ 2016 counterparts. The watch is only slightly smaller in diameter, 39mm, but what it lacks in size only just delivers in elegance and style. The sporty sun ray satin-finished dial is a sumptuous difference from the standard guilloche finish, and is complete with sapphire crown, blued steel sword hands and sapphire crystal glass. The watch comes in white gold and pink gold, without the exclusion of steel which surprised a few given Cartier’s affinity with steel examples. 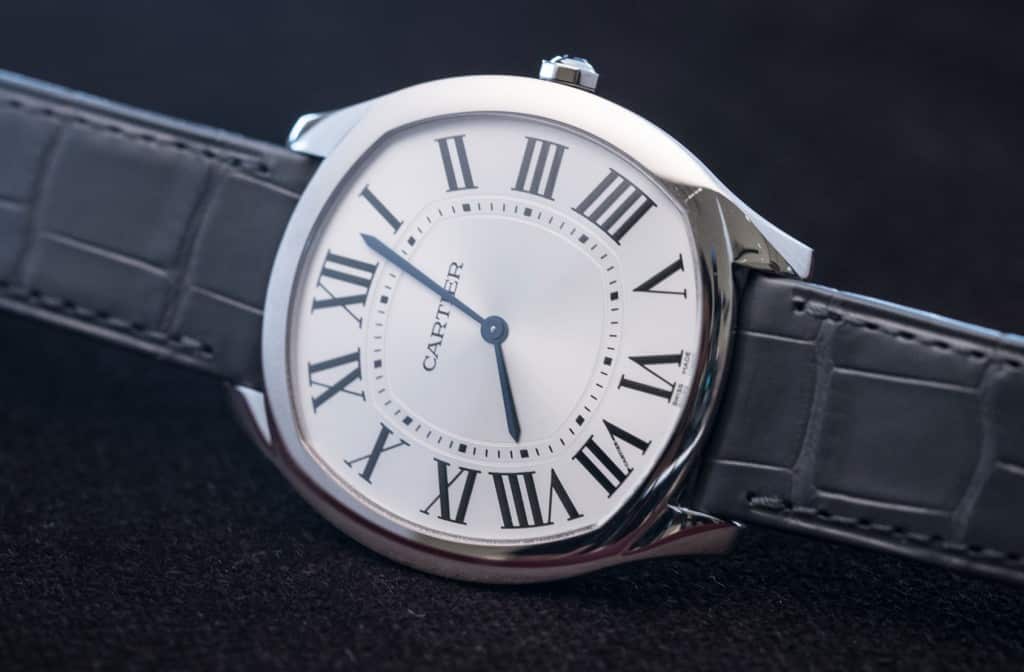 The piece runs off of the manually wound 430 MC, which was inspired by the Piaget 430P – fitting as Piaget has is synonymous with slim watches. The movement operates at 21,600vph and provides a 36-hour power reserve. The Extra-Flat model is only limited to 200 pieces and is price at $16,700 for the white gold example and $15,600 for the pink gold example. Availability for these watches begins on April 2017.

Cartier also took the opportunity to release an extraordinary watch on the SIHH stage. The watch in question – Cartier Drive de Cartier ‘Cartier d’Art’ Leopard. The watch is a beautiful example of the rare jewellery making techniques or enamelling, engraving and mother-of-pearl marquetry employed by Cartier. The distinct lack of information on this piece gives an air of exclusivity about the watch, which it deserves. The piece is 40mm in diameter and cased in 18k yellow gold, with the blued steel hands, sapphire crown and sapphire crystal. The piece is extremely limited and you would be extremely fortunate to see one in the flesh. 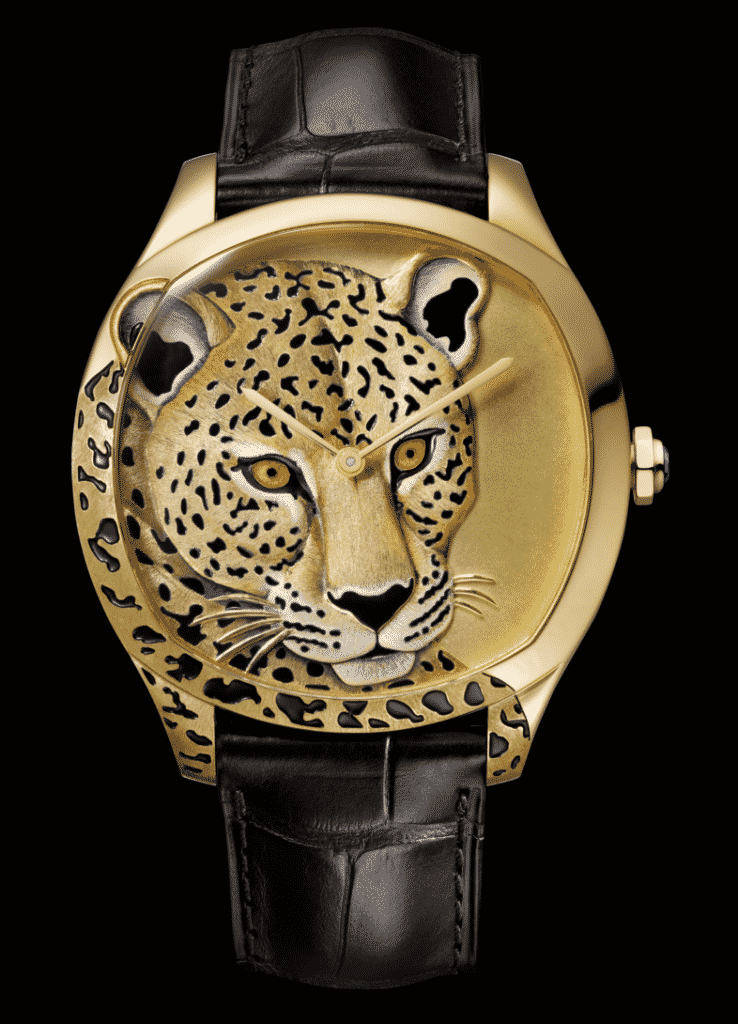 Cartier took the opportunity to release two new editions to an already successful collection, giving the impression that the Drive de Cartier series is very much at the forefront of the Cartier watches for 2017. The inclusion of the Moon Phase and Extra-Thin pieces not only indicate that Cartier are expanding the Drive de Cartier collection, but also the continued research and development of new movements, styles and ground-breaking designs to maintain a leading power in the watch market. In any case, Cartier certainly seem to be on the right path for a successful 2017.