Arnold Palmer, also know as “The King of Golf”, unfortunately died on Monday at the age of 87. Arnold Palmer was famed for being the first ‘successful’ golfer and was considered to be a major part of the “Big Three” consisting of Jack Nicklaus & Gary Player.

The golfing legend was not only renowned for his antics on the green, but also as a lifelong Rolex wearer, and as the very first official Rolex Golf Ambassador in 1967. Arnold Palmer was responsible for making the elite sport of golf a spectacle for the masses, with 92 overall victories, including 4 Masters. He was also elected as PGA Player Of The Year twice in 1960 and 1962. With such fame and success, Rolex were right there with Arnold to make a statement.

“Rolex has shared every second of my time for the last 51 years.” –Arnold Palmer

Arnold Palmer was synonymous with the Rolex Day-Date and was a key ambassador for the Day-Date as Rolex tried to break the watch onto the market. In the 1982 Rolex Day-Date advertisement, Rolex describe the watch as a “…testament to style, endurance, to timeless value”. 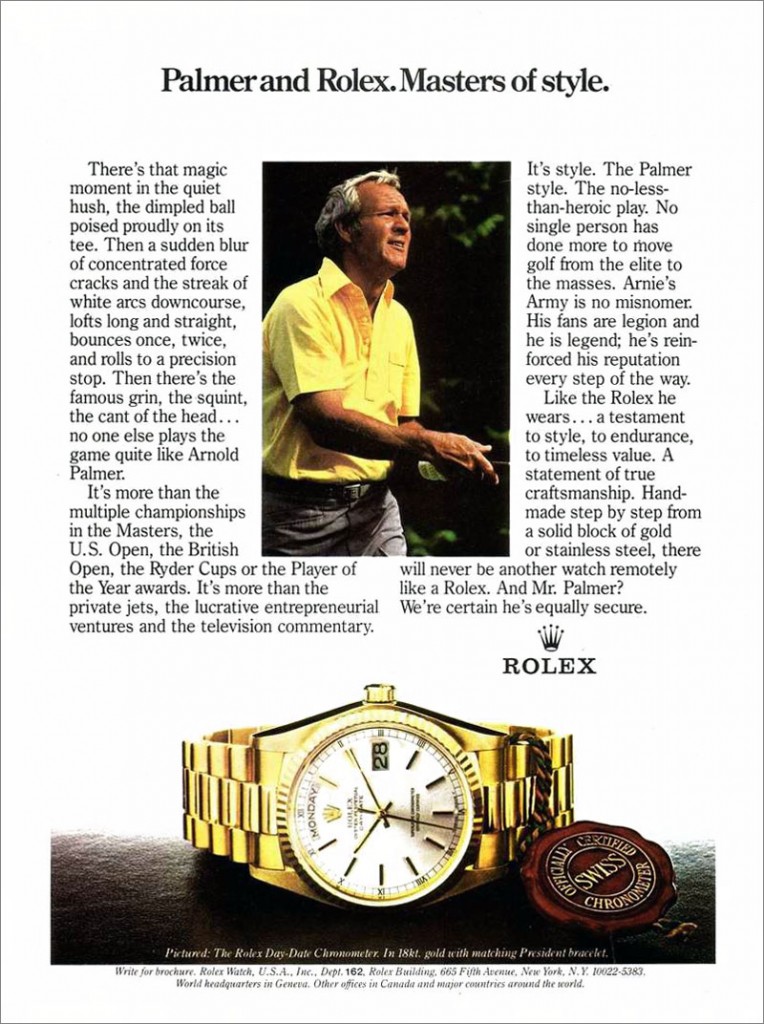 Ten years later, Arnold Palmer also became the face of the Rolex Day-Date Tridor ad. The Rolex Tridor was famed for its intriguing bracelet, with center links composed of pink gold, yellow gold and white gold. The Tridor was considered to be the rival to the two-tone Rolex Datejust that was all the rage in the eighties.

Arnold Palmer was not only a figurehead for the Rolex Day-Date. In July 1995, Palmer and Jack Nicklaus became the figureheads for the Rolex Datejust. The advertisement talks extensively of the relationship between the two golfers and their infinite love of the Swiss timepiece. 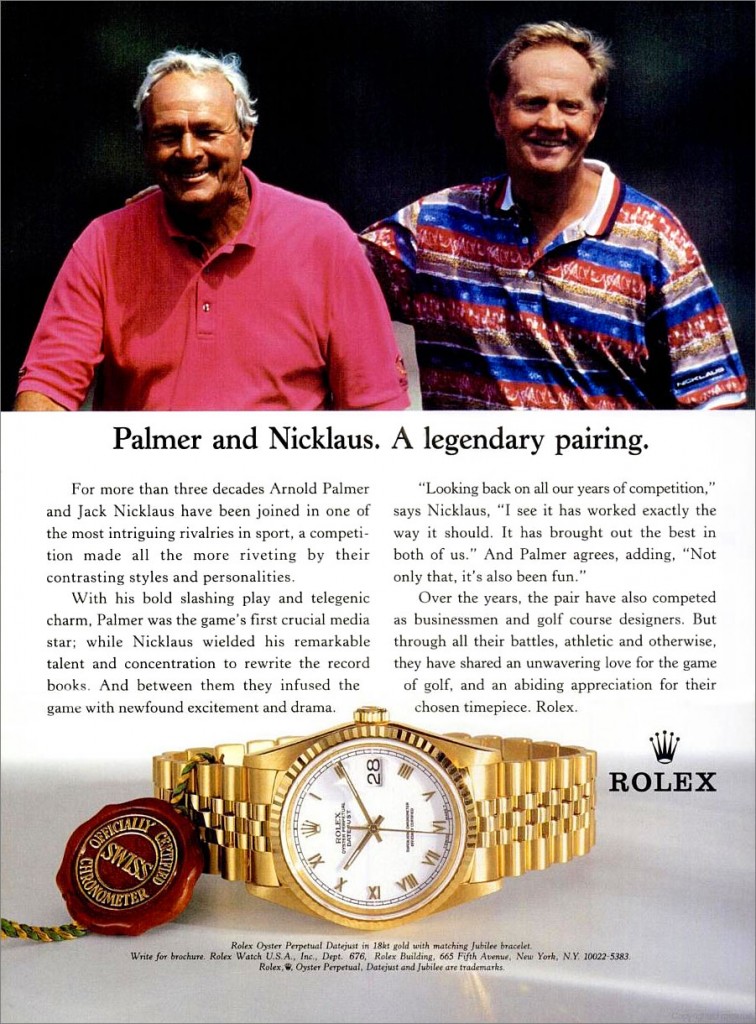 The news of the death of Arnold Palmer has shaken the world, with tributes ranging from Tiger Woods to the President of the United States, Barack Obama. His ability on the green was simply incredible, and as an ambassador for Rolex he matched that role with the same skill, style and demeanour. “It’s style. The Palmer Style”.

Nowhere to Hide: The Best Skeletonised Watches of 2016