Do Discontinued Rolex's Make For A Worthy Investment? | Luxe Watches

Do Discontinued Rolex’s Make For A Worthy Investment?

Nowadays buying a luxury watch is not solely for the purpose of looking good and making a statement. Instead, more and more people are purchasing luxury timepieces as a way of investing their hard earned cash and cementing a more dependable return in the long run.

Probably one of the most popular brands people are investing in today is Rolex. Rolex watches are well known for holding their investment value, especially those models that have been discontinued and are in high demand, but low supply. So, to help those of you who are thinking more about the investment opportunities when purchasing a luxury watch, we’ve chosen four discontinued Rolexes that are definitely worth your undivided attention! 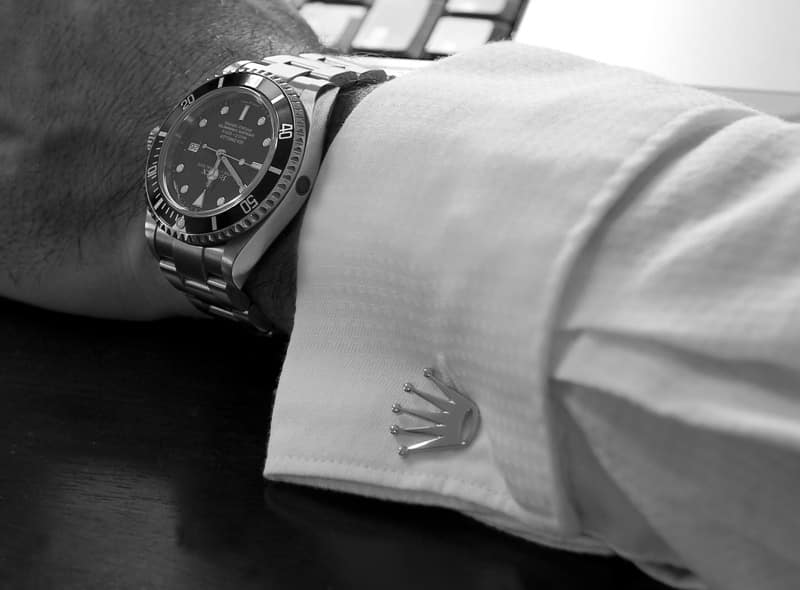 The original series of Cosmograph Daytona’s, which were produced between the 1960s and 1980s, was not so warmly received. However, after they were discontinued, there was a sharp increase in demand, resulting in the production of a second and third series.

One particular model from the third series that was only discontinued two years ago has already experienced a great amount of success. Having originally retailed for £8600, the Daytona ref. 116520 is already being sold for above its retail price at around £11,000. The popular demand for sporty stainless steel Rolexes has supported the continued success of this rather stylish wristwatch.

Not only does this now mean there aren’t many in circulation, but also it means collectors and admirers everywhere will continue trying to source one (paying a fair bit for them too!) Making the Sea-Dweller 4000 the perfect piece to invest in. The divers watch originally retailed for £7,500 but can now be seen on sale for around £9,500-£10,500. 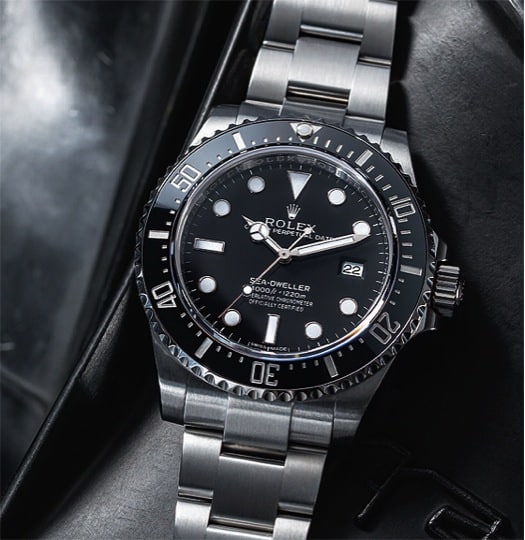 The submariner is probably Rolexes most easily recognised wristwatch on the market today. In 2003 Rolex commissioned the production of the “Kermit” submariner to celebrate the 50th anniversary of the iconic models’ release. However, after seven years, the Kermit was discontinued to make way for the ceramic ‘Hulk’.

This particular piece is beautifully bold, and with a small number in circulation, highly sought after by avid watch collectors. Anniversary and limited edition watches are often a wise investment because they are so unique and hard to get hold of! 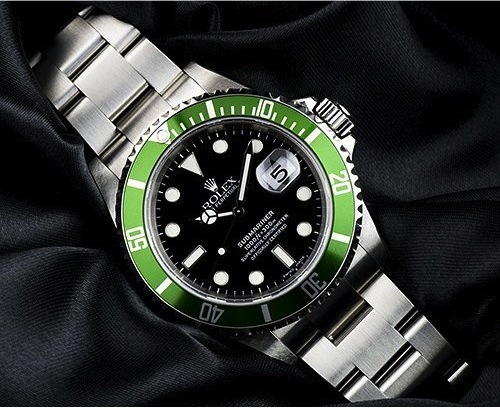 The Rolex GMT-Master II is another sporty wristwatch that has experienced much success since its inception in 1955. The very first GMT-Master II featured the bi-coloured red and blue bezel, which has since become appropriately named the ‘Pepsi’ bezel. This vintage piece was discontinued in 1980, however Rolex has since produced ref. 16710 and the more recent ceramic model ref. 116719 in its place.

Ref. 1675 is incredibly sought after by watch collectors, and oddly enough, the more the colour fades on the bezel and hour markers, the more desirable the watch! Although the GMT-Master II ‘Pepsi’ is one of the longest produced Rolex’s, it is one collectors will always look for, and a worthy investment! 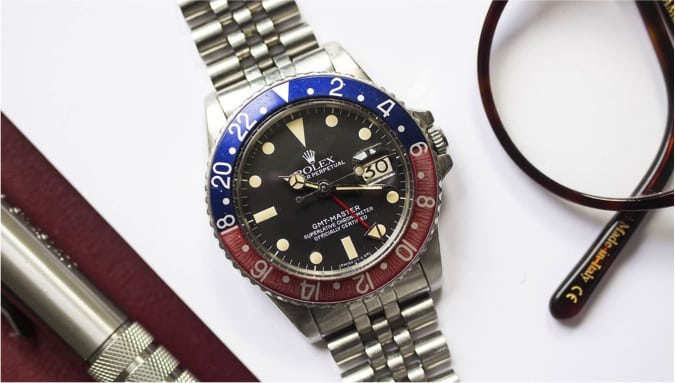 Check out our growing selection of Rolex watches here!

How To Spot A Fake Rolex!