From Steve McQueen to The Hulk: What's With Rolex And Their Watch Nicknames? | Luxe Watches

From Steve McQueen to The Hulk: What’s With Rolex And Their Watch Nicknames?

Ever found it strange that one particular Rolex watch is nicknamed after a fictitious character or actor? Well, in this article we’ll go through the stories and legends to see exactly how these incredible watches got their names. These watches will all feature in the Watch Online Auction at Christie’s.

The Rolex GMT-Master II ‘Batman’ is the clearest example of the Rolex nickname mystery. The tendency to nickname Rolexes means that sometimes only the slightest coincidence can inspire a new sobriquet. The black and blue colour of the bezel of this GMT-Master II closely resembles that of the superhero Batman. Introduced in 2014, this watch has also been called ‘The Dark Knight’ & ‘Bruiser’. 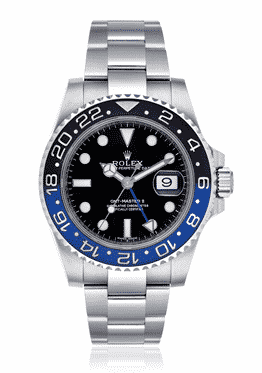 Released in 2010, The Rolex Submariner ‘Hulk’ has been a favourite for collectors, beloved for its vibrant colour and ability to stand out of a crowd. As you can guess, the name ‘Hulk’ came from the all green look – Green dial & green bezel. 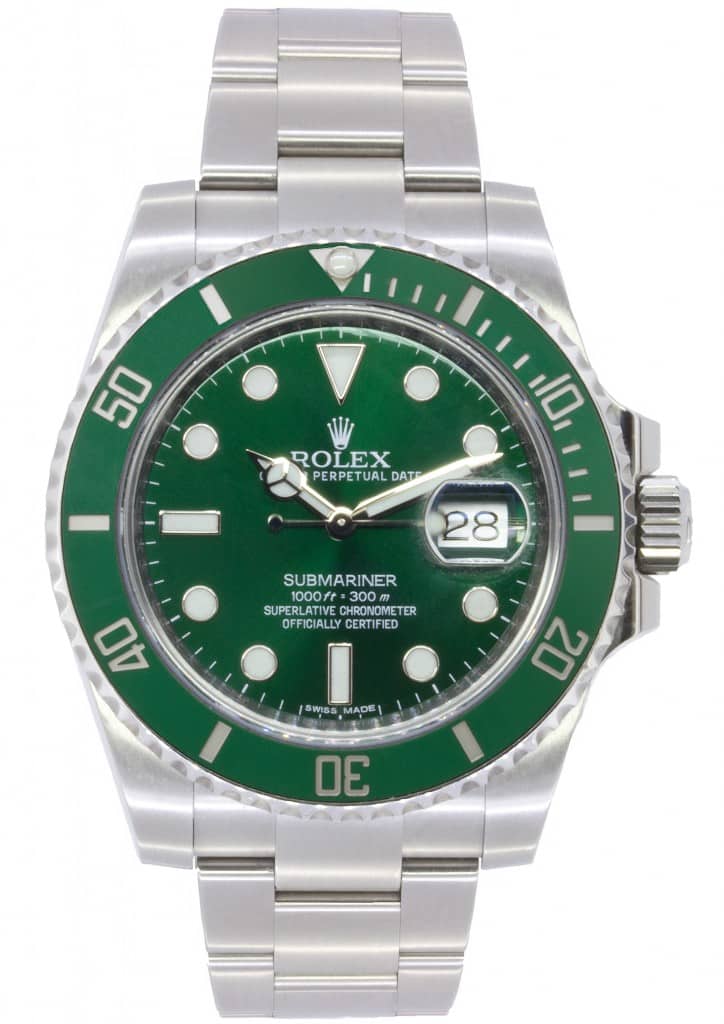 This Rolex Deepsea Sea-Dweller in black and blue is also known as the ‘James Cameron Deepsea Sea-Dweller’. The Rolex commemorates the Oscar-winning writer and director’s successful 2012 Mariana trench expedition, when he became the first solo explorer to reach the deepest point on earth – 35,787ft beneath the Pacific Ocean. In 2014, Rolex  officially presented Cameron the watch at the premiere of the documentary of the excursion, Deep Sea Challenge 3D, New York. The Rolex features a gradating blue-to-black dial, with ‘DEEPSEA’ inscribed in pale green, the same colour as the explorer’s submersible. 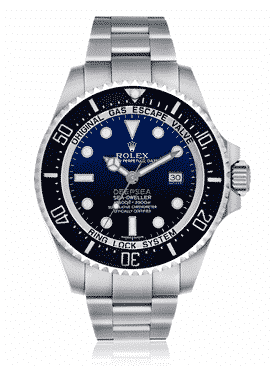 Despite commemorating the 50th anniversary of the creation of the Submariner, this special edition has been dubbed the “Kermit’. The bright green bezel on the watch drew immediate attention to the Muppet frog and the name has stuck. Issued in 2004, the anniversary of the timepiece has been discontinued. The ‘LV’ stands for ‘Lunette Verte’ and the ‘maxi’ style dial features slightly larger hour markers and a thicker minute hand. 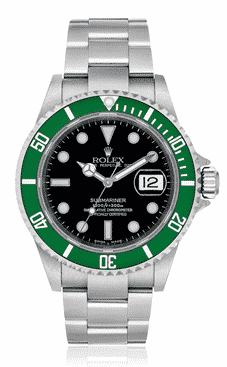 This original Rolex Explorer II is popularly known as the ‘Steve McQueen’ despite the actor not actually wearing the watch (he often wore a Submariner). Instead, the nickname comes from an article in an Italian journal in the mid-1970s that was a complete fabrication. The Explorer II is also known as ‘Freccione’ or ‘big arrow’ in English. 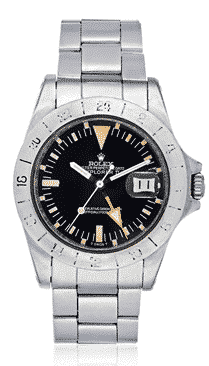 This vintage Daytona earned the name ‘The Paul Newman’ after Joanne Woodward (wife of Paul Newman) gave her husband this model Rolex when he took up motor racing. After he appeared on the cover of an Italian magazine wearing the wristwatch, the name stuck. The legendary actor is said to have worn the vintage Daytona in the 1969 motor racing movie Winning, which also starred his wife. The Art Deco styling of this watch differentiate the ‘Paul Newman’ from other Daytonas. 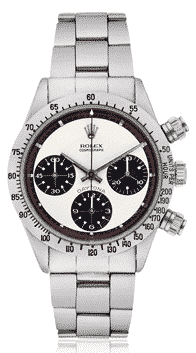