Hublot hosted its’ annual Golden Foot Awards last Monday, in a spectacular display of recognition to footballers from around the world. Held in Monaco under the invitation of His Royal Highness Prince Albert II of Monaco, the event was host to some of the most prominent figures in the game – past and present.

Established in 2003, by famous football agent Antonio Caliendo, the event was set up for fans to vote for their favourite player, from active experienced players to the legends of the game. The selection process is a long and arduous task. A jury of journalists selects 30 players who are over 28 years old and the public votes first to decide 10 nominees. A second public round of voting then chooses the winner. The winner is then presented with a golden trophy and an opportunity to leave their footprint in a bronze mould and placed on the seafront of the Promenade des Champions in the Principality of Monaco. The bare footprints of the 70 greatest names in football are moulded into the ground and include such greats as Maradona, Péle and Ronaldo. These talented footballers have left a permanent trace of their football in bronze. 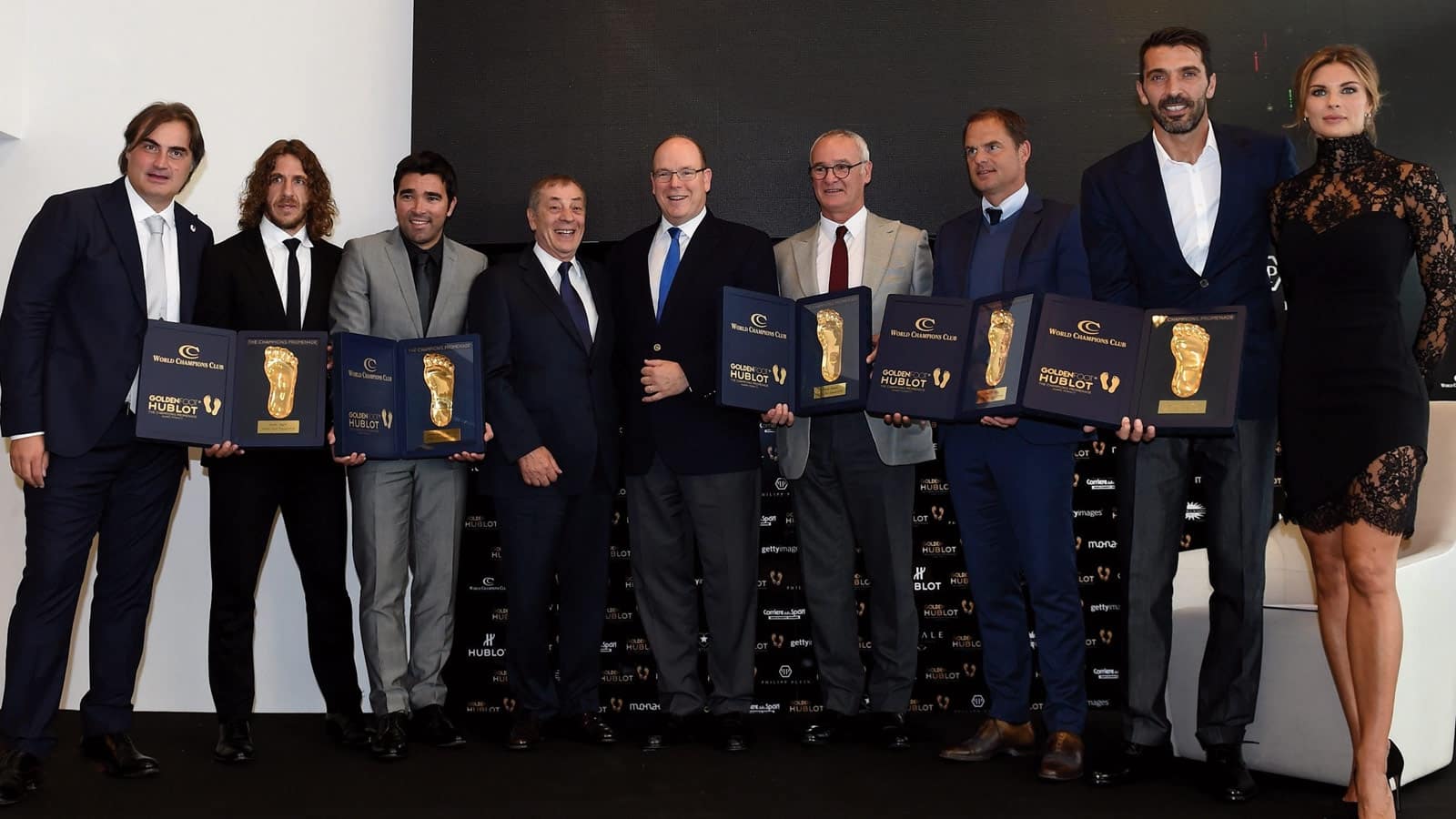 The nine nominees alongside Buffon this year were: Wayne Rooney, Cristiano Ronaldo, Edinson Cavani, Iker Casillas, Lionel Messi, Kaka, Thiago Silvo, Andrea Pirlo and Frank Lampard and celebrated from amongst the legends of football were Antonio Caliendo (the president and founder of the award), Deco, Carles Puyol, Frank de Boer and Claudio Ranieri. This winner of this year’s Golden Foot winner was none other than Italian goalkeeper Gianluigi Buffon.

Already considered as one of the greatest goalkeepers of all time (best goalkeeper in the 2006 FIFA World Cup, best footballer in the world by UEFA in 2003, best goalkeeper of the 21st century by the IFFHS), Gianluigi Buffon is synonymous with Italian football and hard-hitting defence. He has over 20 years in the game – starting his career at Parma at the age of 17, before joining the pinnacle of Italian football Juventus in 2001. He still plays to this day and has extended his contract at Juventus until 2018, so he will celebrate his 40th birthday and 17 years at the club.

Nearly one million fans voted to name their favourite player and Buffon won 72% of the votes. The vote says a lot for the face of football today, with 56% of the vote cast by women and 44% by men, with an average age of 31.5 years. As for where the votes were cast, most votes came from Turkey, the USA, China, Italy and Mexico. 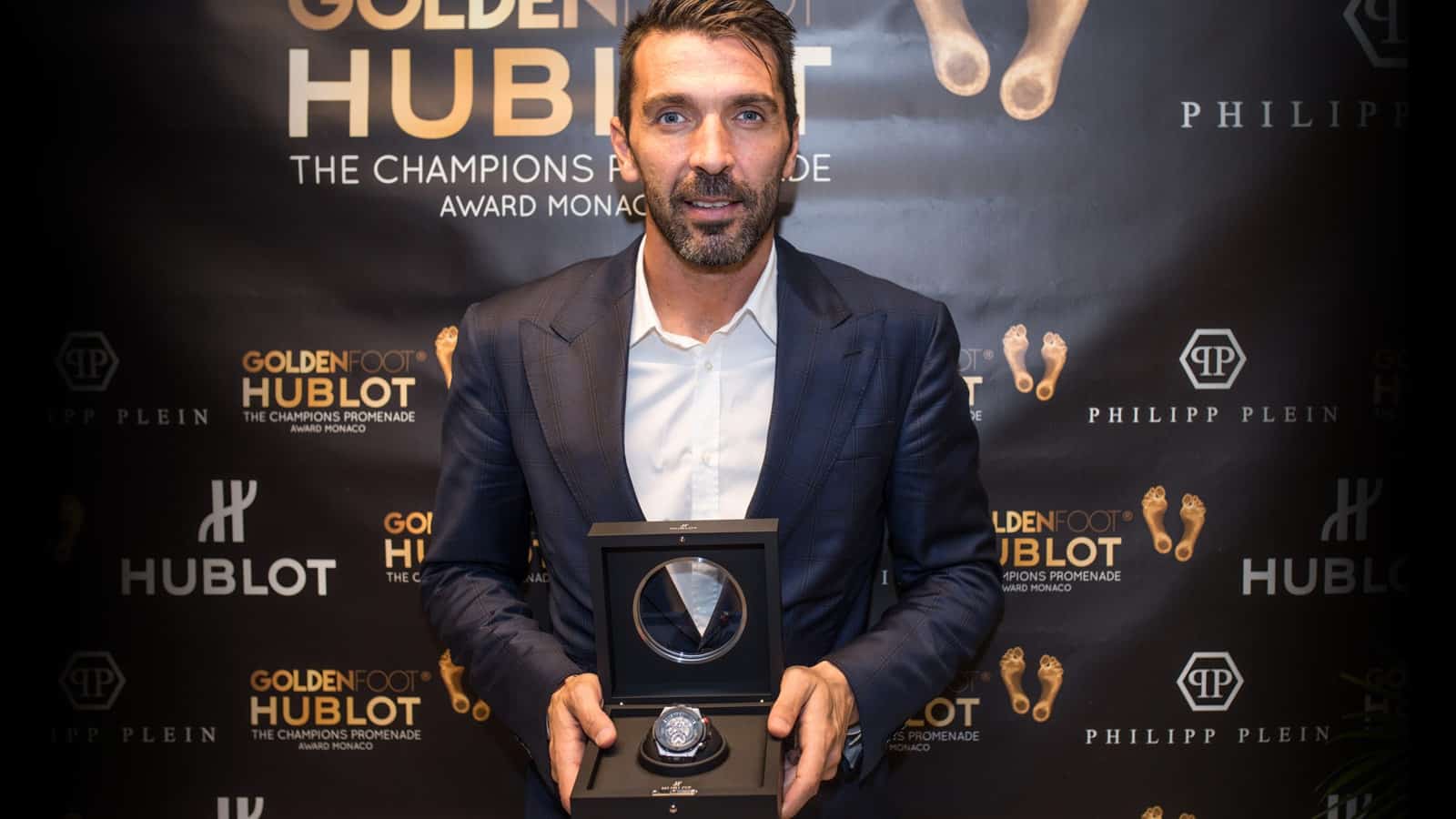 Fans are undoubtedly the face of football. Receiving an award from the public is the highest prize that all players aspire towards. After receiving the award Buffon said:

“Today I am honoured, proud and emotional to receive this great distinction, the Golden Foot Hublot Award, that I hope I have won on merit. What I am leaving here tody, are not the handprints of my ten fingers, but a trace of what I am, of what I have done, and of what I still need to do”. 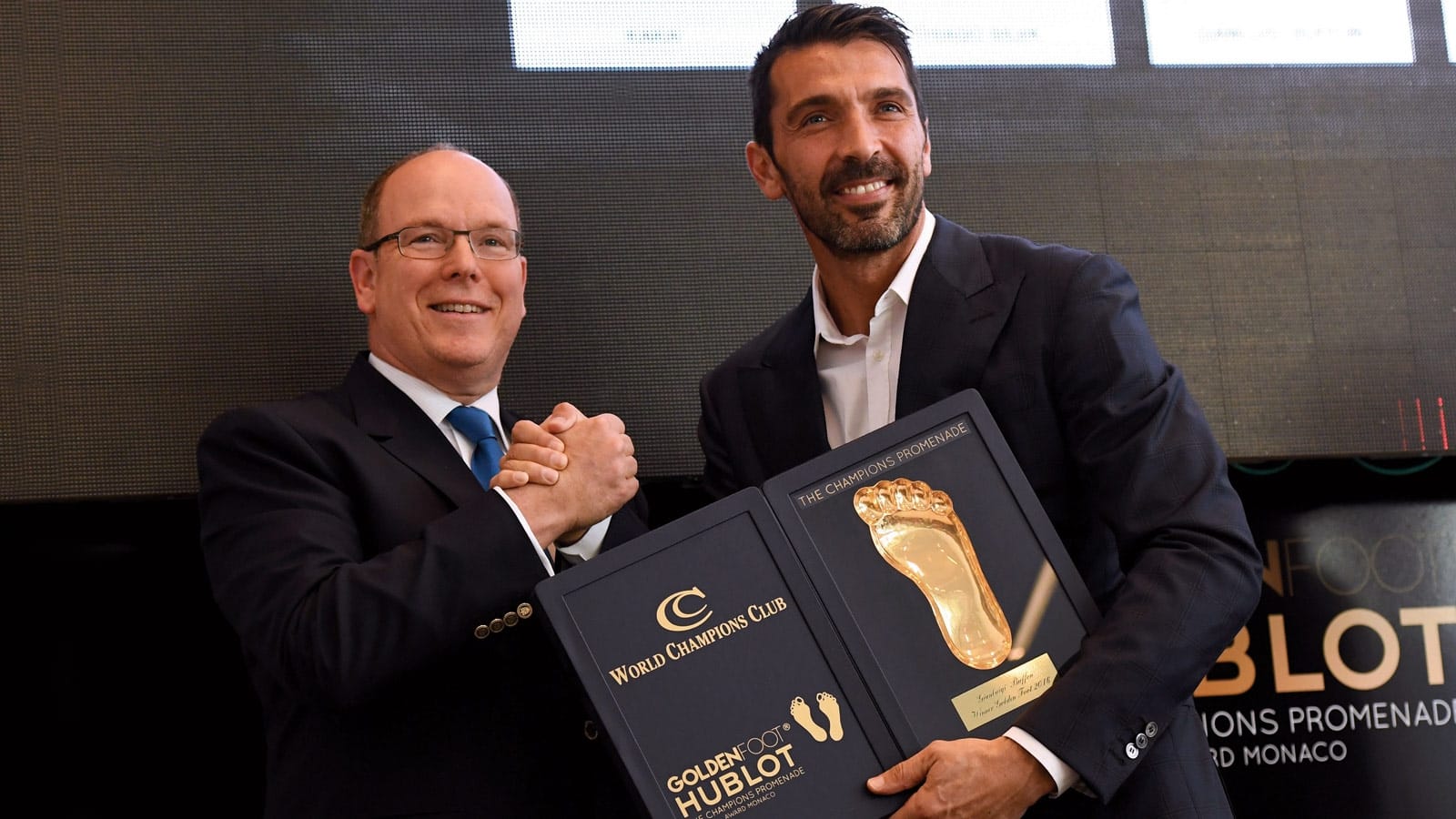 Aside from the football, Hublot recently released the Big Bang Unico Chronograph Bi-Retrograde, and winner Gianluigi Buffon was happily sporting the watch whilst collecting his award. The watch is a piece of art, with a combination of modern and traditional design. The outer casing is satin-finished and polished black Titanium with a black ceramic and black composite resin bezel, tied off really well with a black structured lined rubber strap. The watch is fitted with Hublot’s signature time movement – Unico, a masterpiece in horological terms and boasts several features that make it truly outstanding mechanical movement. You can view all of the details of the new watch here. 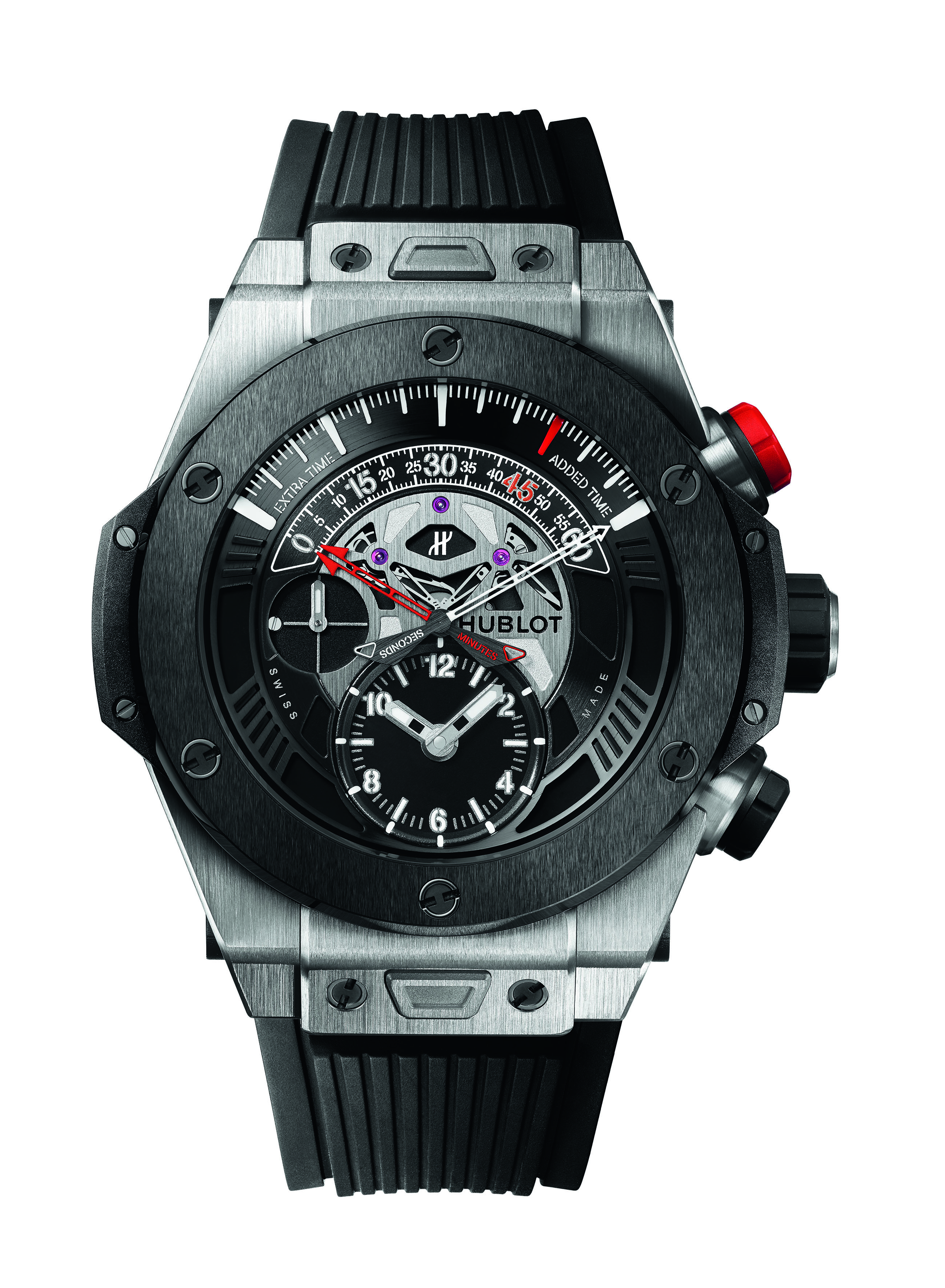