What do you get when you mix the watchmaking expertise of Hublot, the unequivocal creativity of Italia Independent through founder Lapo Elkann, and the treasures of world renowned Italian tailor Rubinacci ? The answer – The art of Fusion! Here’s a glimpse of what to expect at next months Baselworld with Hublot.

Since 2014, two collections have been born from the successful partnership between Hublot, Italia Independent and Lapo Elkann. Although both collections were modelled on the iconic Unico Big Bang series, the head of Hublot decided that perhaps the wild imagination of the creative team should be released on the Fusion collection – and what a decision it was. Its name seems to have predestined it for this new special edition: there has never been such a fine example of the Fusion of the ‘classic’ and innovation. 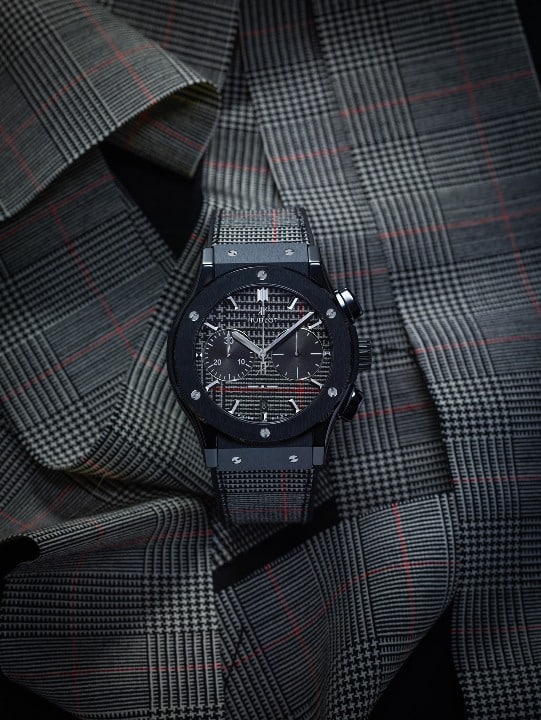 “We are proud to be able to continue this partnership with Italia Independent and Lapo Elkann, whose creativity and character never cease to surprise us. This new project was an extraordinary experience for us: putting Hublot’s capacity for technical innovation and willingness to experiment to the service of the House of Rubinacci – a monument to Italian elegance – and the in comparable style of Lapo Elkann. The Classic Fusion Italia Independent truly represents the fusion of three forms of expertise.”

This was a task that was made-to-measure (pun definitely intended) for Lapo Elkann who is frequently named ‘the most elegant man in the world’ by the likes of Vanity Fair, GQ and The Telegraph. The designs of Lapo Elkann is said to be exceptional, with a lot of emphasis on bespoke designs and wearer customisation. The designer brought Ferrari’s ‘Tailor Made’ programme to life, and he is continuing and expanding upon the concept with Garage Italia Customs; cars, boats, planes and helicopters, with  unique level of customisation, personalisation and innovative creativity on a whole new scale. Lapo also applies the same level of expertise to the creations that he designs for Hublot and Italia Independent.

The “Sartoria Rubinacci” was not chosen at random: since 1932, three generations of Rubinacci family have dedicated their lives to bolster this institution of exquisite taste and masculine refinement. Gennaro, the founding grandfather, Mariano, the father who now manages the house from Naples and, of course, Luca, master of the store in Milan. Luca who has become a bit of a social media icon in his own right is now considered one of the most photographed men on the planet thanks to his unique and classic style. Between them, they have dressed everybody from the Duke of Kent to singer Bryan Ferry, not to mention of course the Agnelli family, of which Lapo Elkmann is the worthy successor. 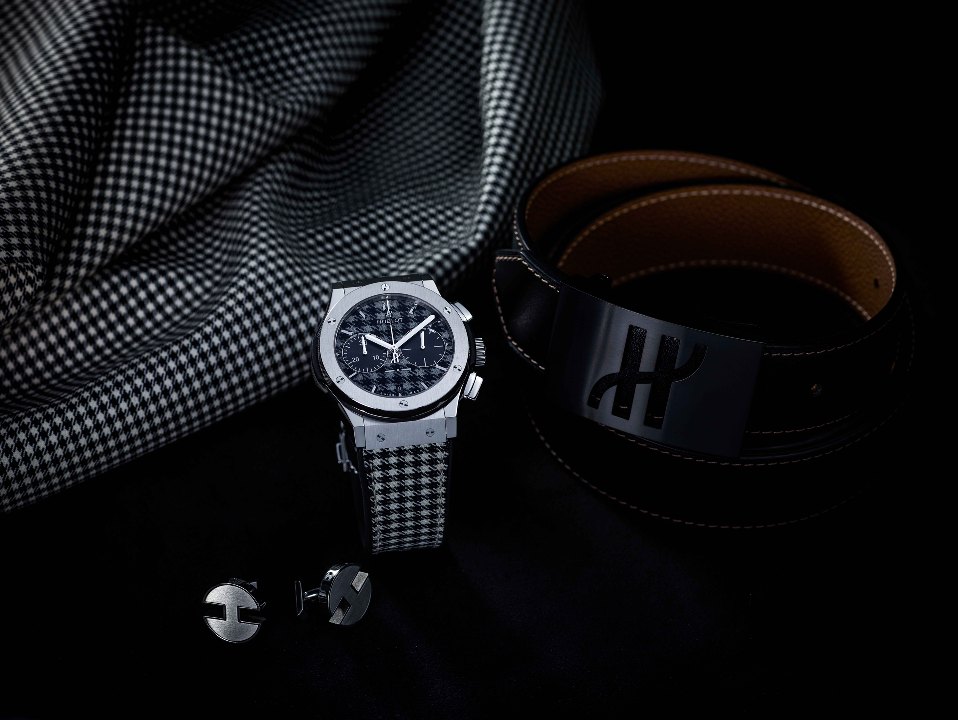 The House of Rubinacci holds the most beautiful and rare collection of fabrics in its archives. It was here, in the more than 60,000 square metres of precious houndstooth, tweeds and other cloths that Hublot and Lapo Elkmann found a collection of tartans fitting for the new collection. These included squared coloured wool weaves from the seventies, that surprisingly worked incredibly well with the watches, bringing life to the Classic Fusion chronograph. The dial and straps have therefore been made using these precious fabrics to offer this range of 45mm timepieces, that give an end finish that is the epitome of elegance – “La vera sprezzatura!” 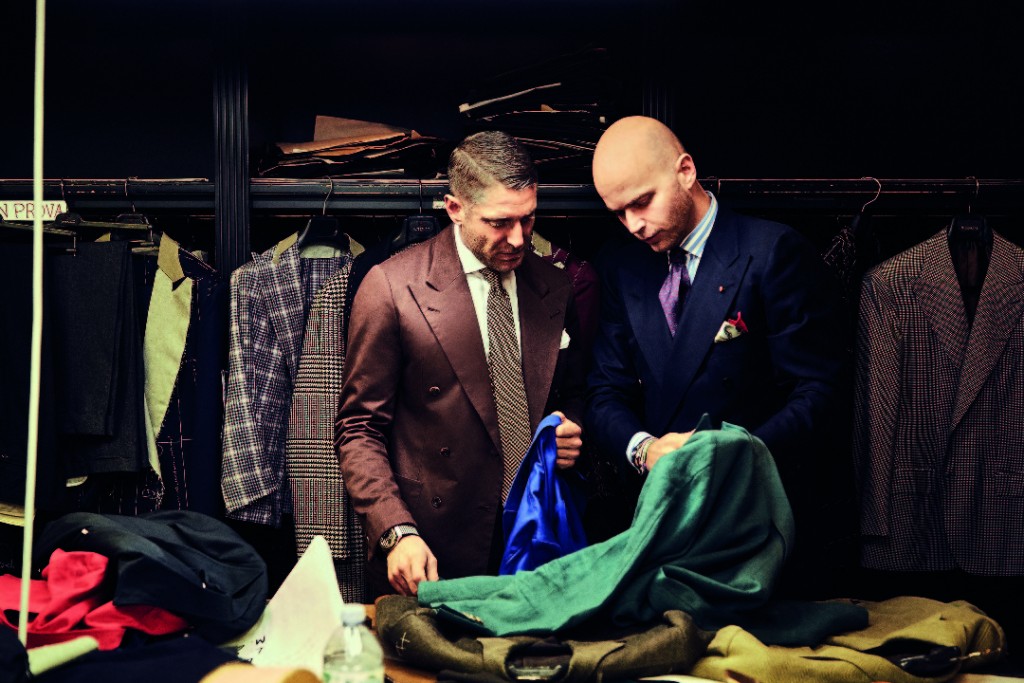 “I chose these fabrics thinking about the costumes that we make for Lapo Elkann. I began with the extravagant colours of a vivid tartan with a sporty tone, then a more traditional houndstooth – in the style of an Italian gentleman – that I wanted in black and white, the colours of his favourite team Juventus F.C. I didn’t think that it was possible to put wool on the straps an dial of a watch. But, Hublot managed it and the result is better than I coupled have hoped for. We have achieved a balanced watch, with a pattern that is neither too bold nor too light.” 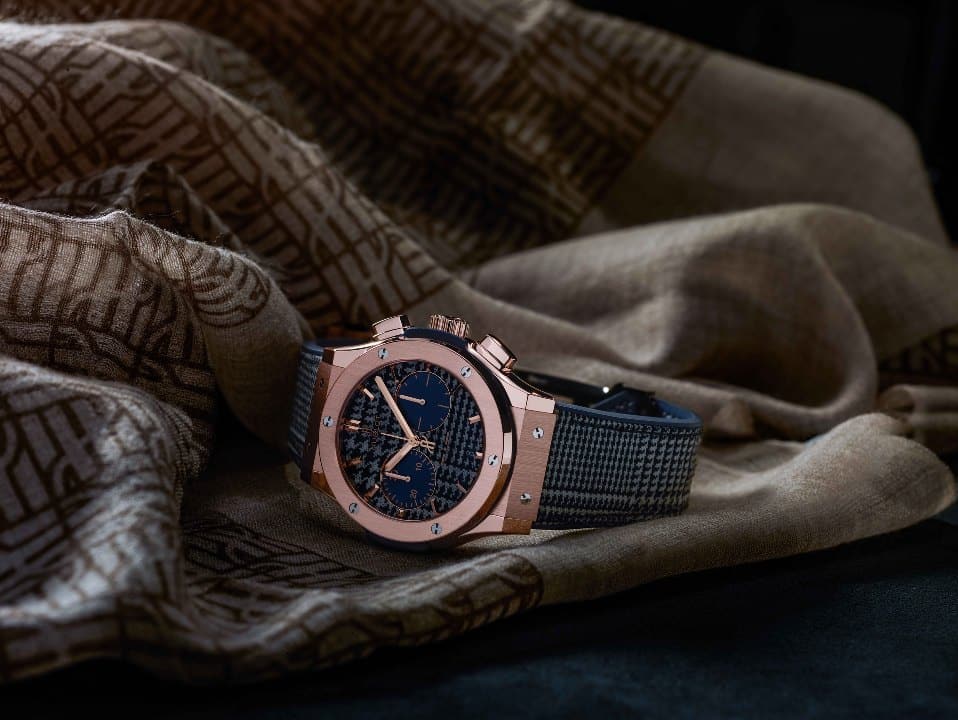 The new Fusion Chronograph Fusion Italia Independent range is available in titanium, ceramic and Hublot King Gold as a case material teamed with a combination of either ‘Tartan’, ‘Prince de Galles‘ (Prince of Wales) and ‘Pied De Poule’ (Houndstooth). The watches are 45mm in diameter and 13.05mm in thickness, and powered by the HUB1143 calibre automatic chronograph movement. The watch also features a date display at the 6 o’clock position. Official prices will be released along with the watches at this years Baselworld event, taking place on the 23rd to 30th March 2017.

10 Of The Best Chronograph Watches Available On The Market