Back in October 2016, we brought you news of the two limited edition anniversary timepieces that celebrated the special release of the Patek Philippe Nautilus model. These pieces were named the 5711/1P, platinum edition Nautilus, and the 5976/1G ‘Jumbo’, a white gold example of the Patek Philippe Nautilus, with the name ‘Jumbo’ being a big adjective for this watch. Here at Luxe Watches, we are pleased to welcome the latter of the two examples, and offer this amazing piece of history to our clients.

This particular anniversary piece (5976/1G ‘Jumbo’) is a celebration of not only the Nautilus model, but also a celebration of luxury watches of the modern era, with a large oversized white gold case, diamond baguette dial and an elegant sports design. 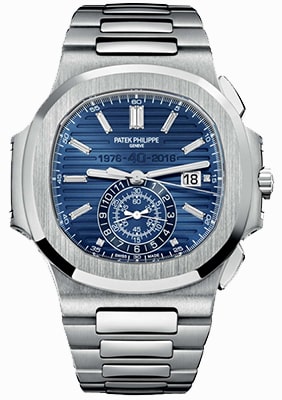 In case the ‘Jumbo’ nickname didn’t give it away, this watch is big and bold. The case diameter measures at a staggering 49.25mm, and has a thickness of 12.16mm. This watch is not only big for Patek Philippe, it’s big for modern watches. But, when you consider the lug-to-lug size measures in at 49.60mm, this gives more of a wearability factor to the wearer. There’s no doubt however that this gives you substantial wrist-presence over other Patek Philippe watches.

The Nautilus model and the name ‘Jumbo’ do go hand-in-hand ever since the mid-1970s, but with a diameter of 50mm the 5976/1G takes the name ‘Jumbo’ to the next level. When Patek Philippe originally debuted the Nautilus 3700/1A in 1976, it measured at 42mm and was nicknamed the ‘Jumbo’ because it was a big watch at that time. The Nautilus design was a watch to rival the Audemars Piguet Royal Oak, yet was designed by the same person – Gerald Genta. 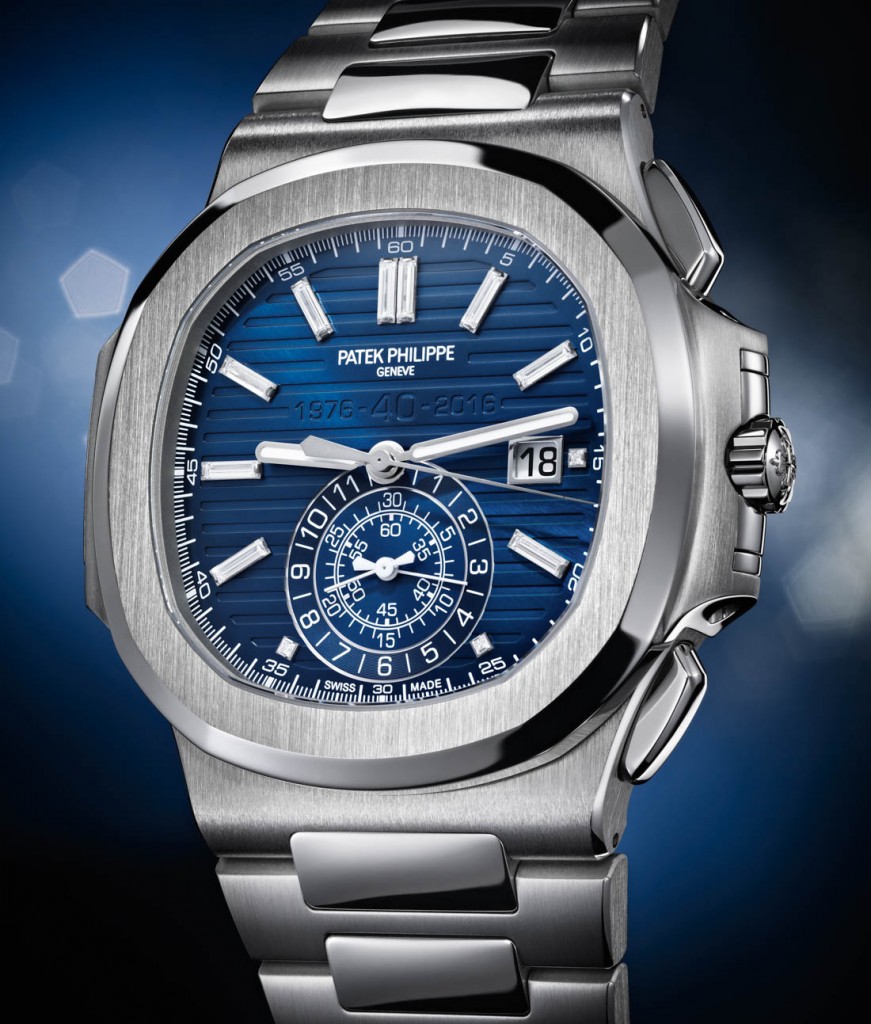 The dial design has an added ‘je ne sais quoi’ about it and features the ‘1976 – 40 – 2016’ embossing to remind the wearer the year of the first Nautilus release, the year of the anniversary, and the year the 5976/1G was released – in case you forget. Although, many fans and collectors do not like the embossing on the dial, we believe it adds something new to the model, and gives it something special to celebrate the 40th anniversary.

For this release, it seems that the 5976/1G is based on the two very popular watches; the Nautilus 5980 and the Mens Complications 5960. A key difference to note however, is the fact that the 6 o’clock subdial for the 12-hour chronograph, the hour ring has been moved to the outer periphery, whilst the minutes ring has been moved inside. Compare with other Nautilus Chronograph models and you’ll find this subtle change to be true. 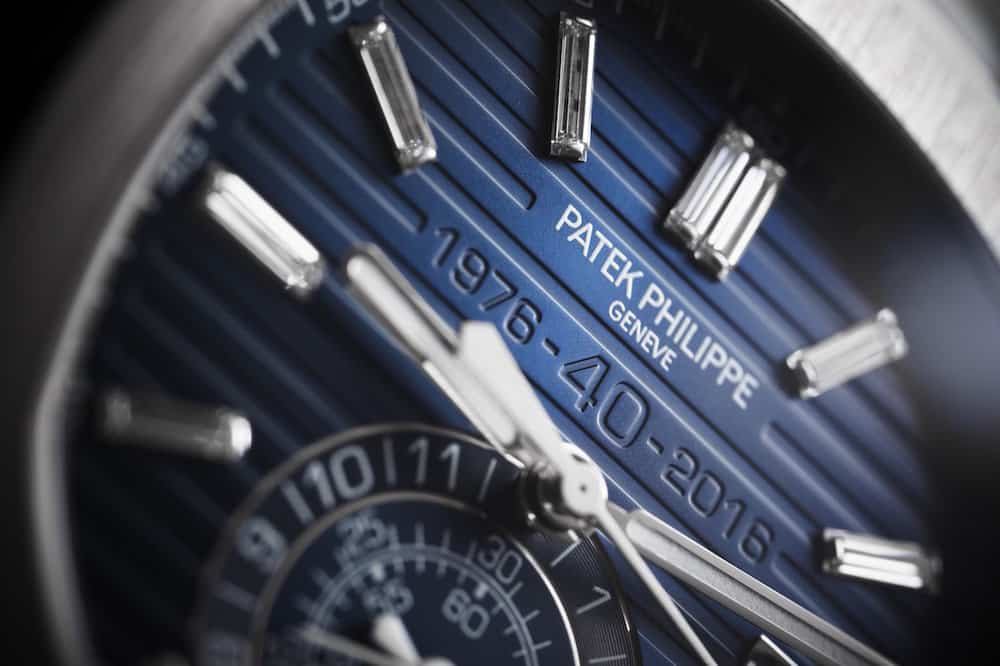 The movement inside the 5976/1G is just as impressive as the outer aesthetics of this watch. The watch features Patek Philippe’s CH 28-520C flyback chronograph movement with automatic winding, with a date display complication at the 3 o’clock position. The watch runs off of a 28,800 semi-oscillations per hour, and has a whopping 45-55 power reserve, replenished by the lavish 21K gold automatic winding rotor. The hour marker indices are finished with baguette cut diamonds, asides from at the locations of the date display and the 12-hour chronograph sub-dial, where they have been replaced by princess-cut diamonds.

To conclude, Patek Philippe have really produced something special to commemorate the 40th anniversary of the Nautilus model, introducing a watch that is not only big, bold and beautiful, but also a celebration of modern watches of today. The watch plays on the ‘Jumbo’ nickname of the original Nautilus 3700/1A, but gives a new meaning to the word ‘Jumbo’ – even for Patek Philippe – with a whopping case diameter of 50mm. The new dial design, and the inclusion of the 18K white gold case and baguette cut and princess cut diamonds, ensure that Patek Philippe truly celebrate one of their most iconic and valued models in their history.

Tourbillon Tuesday – 6 Tourbillon Watches You Need To Know About