At the beginning of the year, Audemars Piguet set itself up to be the top luxury watch brand to follow. The Swiss watchmakers’ decided to drop one of its largest collections at the invite-only Salon International de la Haute Horlogerie (SIHH) luxury watch fair in January, and as a result, we’ve all found it quite difficult to remember each piece in detail.

Well, this week, the Luxe team welcomed the arrival of one of the more unusual and memorable pieces of the AP SIHH collection, the Royal Oak ‘Combat’ Offshore ref. 26400SO.OO.A054CA.01, and thought we’d use this as an opportunity to sweep away the cobwebs (mandatory Halloween pun there) and freshen up your memory! 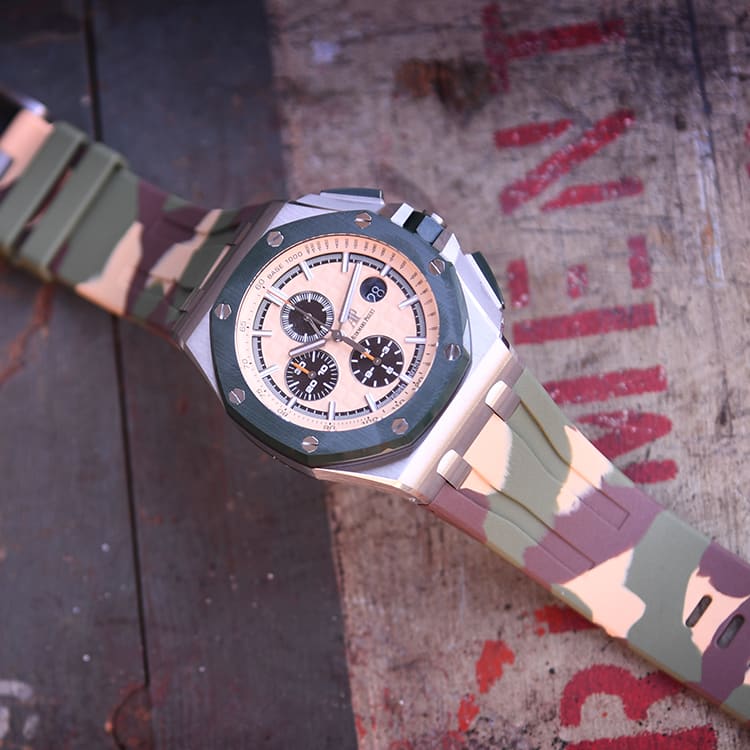 First thing is first, let’s recap those all-important watch specifications. Audemars Piguet hasn’t strayed very far from the mechanical design of the Royal Oak Offshore ‘Combat’ predecessor’s. The internal workings have basically remained unchanged, with calibre 3126/3840 the movement of choice, allowing for a reliable power reserve of up to 50 hours. AP watchmakers also decided to fit the camouflage piece with a transparent case back, allowing its wearer to admire the entire movement up close and in greater detail. 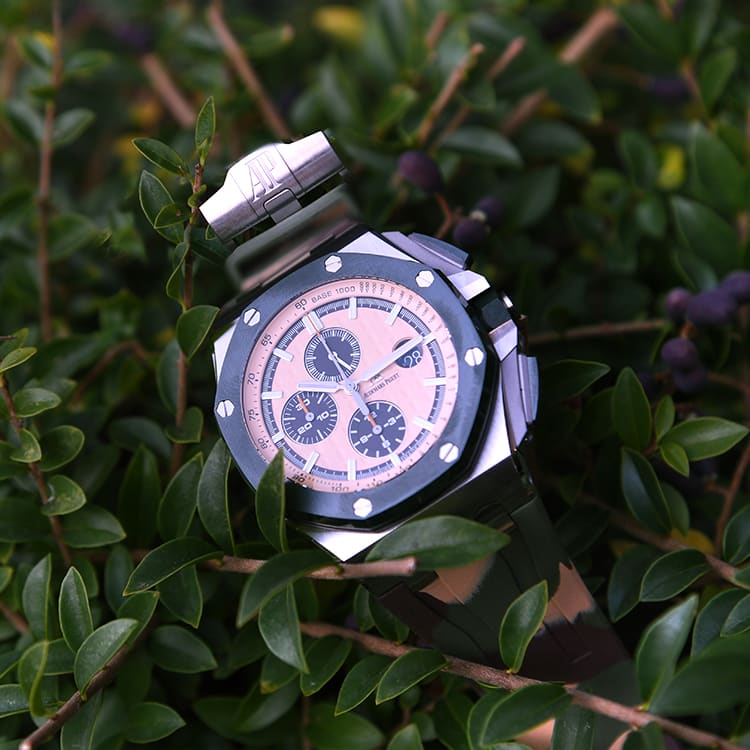 Keeping in with the neutral theme, the “Grande Tapisserie” beige dial features brown counters, a brown external zone and brown sub dials. The military inspired design is unlike anything else in the AP Royal Oak collection and made quite an impact on the admiring public during SIHH earlier this year.

The Royal Oak Offshore Chronograph’s all exhibit a pretty iconic shape. Other than the Offshore Tourbillon’s, which feature a hefty case measurement of 45mm, the typical case measurement is 44mm. The Royal Oak Offshore ‘Combat’ is no different and features a solid stainless steel case that is 44mm in diameter and 14.5mm in thickness. The beastly watch was designed to withstand water for up to 100m and is complemented by a thick “camouflage” rubber strap that features a signed steel buckle.  If you aren’t the biggest fan of camouflage, but enjoy everything else about the watch, AP have supplied an extra ‘khaki’ coloured rubber strap for altering. 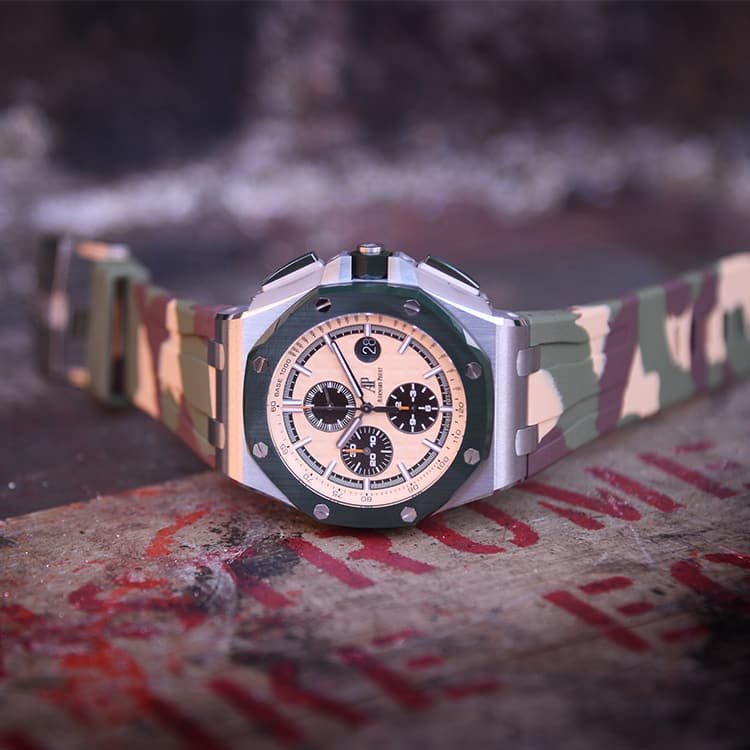 The ‘Combat’ Offshore only became available to the general public three months ago, however that didn’t stop heavyweight boxing champion Anthony Joshua, teasing AP fans by wearing the camouflage wristwatch at a pre-game press conference in March. On many occasions Joshua, an ambassador for Audemars Piguet, is spotted wearing the manly wristwatch at public events and in the gym – proving that this piece not only oozes macho appeal, but is pretty versatile too! 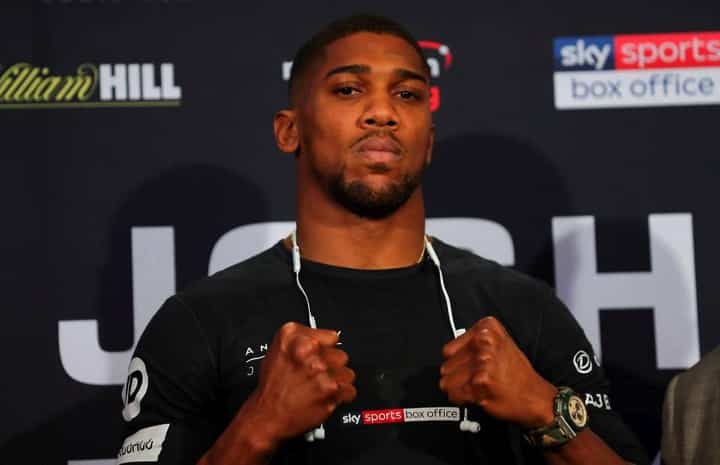 The Royal Oak Offshore is probably one of the most masculine model’s out there. The sheer size and bulkiness of its face, and ultra-durable properties makes this the perfect piece for the avid-sportsman or someone who simply prefers to wear sizeable watches. But now, with an all-new military inspired appearance, the Royal Oak ‘Combat’ Offshore has risen to a rank of its own. The manliest and most feared man on earth has one, we have one; but the question remains… do you?

Why not take a look at the Royal Oak ‘Combat’ Offshore we now have in stock by clicking here.

Richard Mille and Audemars Piguet set to Leave SIHH after 2019