To mark 40 years of a true watchmaking icon, Patek Philippe have released two new limited edition ‘Nautilus’ watches. The first of which is the 5976/1G, housed in white gold and featuring the iconic blue dial with diamond baguette hour markers. The second is the 5711/1P, this time in platinum but still studded with diamond baguette hour markers. Both watches have engraving on the dial, reading “40 1978-2016”. Many fans and connoisseurs have been wondering what Patek Philippe would unveil, and today we have the details, and images – and I think it’s fair to say we haven’t been let down.

The first watch in the collection of this commemorative release and it is a truly stunning watch. Some may find this watch very similar to the Patek Philippe ref. 5980, however, there are a whole lot of different which stands this watch out from the crowd. Firstly, the watch is encased in entirely 18k white gold from the watch dial (which measures 44mm across the aperture), to the watch bracelet.

The 5976/1G is also particularly different in its appearance up close then its ref. 5980 counterpart. To celebrate the 40th anniversary of the Nautilus, there is special embossing on the dial between the ten and two o’clock marks – “1976 – 40 – 2016”. This celebrates the year of the Nautilus release, the anniversary date and the year we are in now. The diamond indexes are a collection of ten baguette cut diamonds and three princess diamond cut stones totalling around 29 ct.

The 5976/1G is limited to only 1,300 pieces. As you can tell, it really does celebrate the Nautilus in the style and luxury it deserves and even featured in GQ Magazine’s outer-arm, ‘GQ Watch & Jewellery Magazine’. Find out more here. 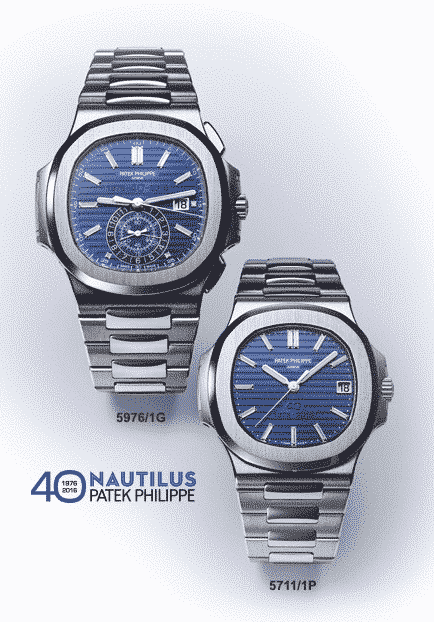 The Patek Philippe Nautilus 5711/1P joins its larger white gold brother to fully celebrate 40 years of the timeless design of the Nautilus. The watch is crafted in entirely of Platinum, and features a small Wesselton diamond at the six o’clock position to indicate that the watch has been crafted from the most expensive precious metal. The iconic bracelet is also crafted from platinum with brushed links and polished centre links.

In addition to the platinum case and bracelet, the baton style hour and minute hands are set in 18k white gold (the seconds hand is rhodium plated brass) and the eleven baguette cut diamonds at the hour indices (apart from at the three hour mark) give the watch the added bit of glamour it deserves. Unlike the 5976/1G, this watch is embossed a little more subtly  with “40” (40th anniversary) above the dates of the Nautilus – “1976 – 2016”.

The 5711/1P is limited to only 700 pieces. The design and continuity of this watch matches much of the reputation of Patek Philippe; classic, expertly made and timeless.

Both the 5976/1G & the 5711/1P come with the iconic brown natural cork box, an authentic replica of the stylish 1976 original boxes used. The 40th anniversary box features polished stainless steel frames for the base and the hinged cover, as well as a steel plaque on the front side. 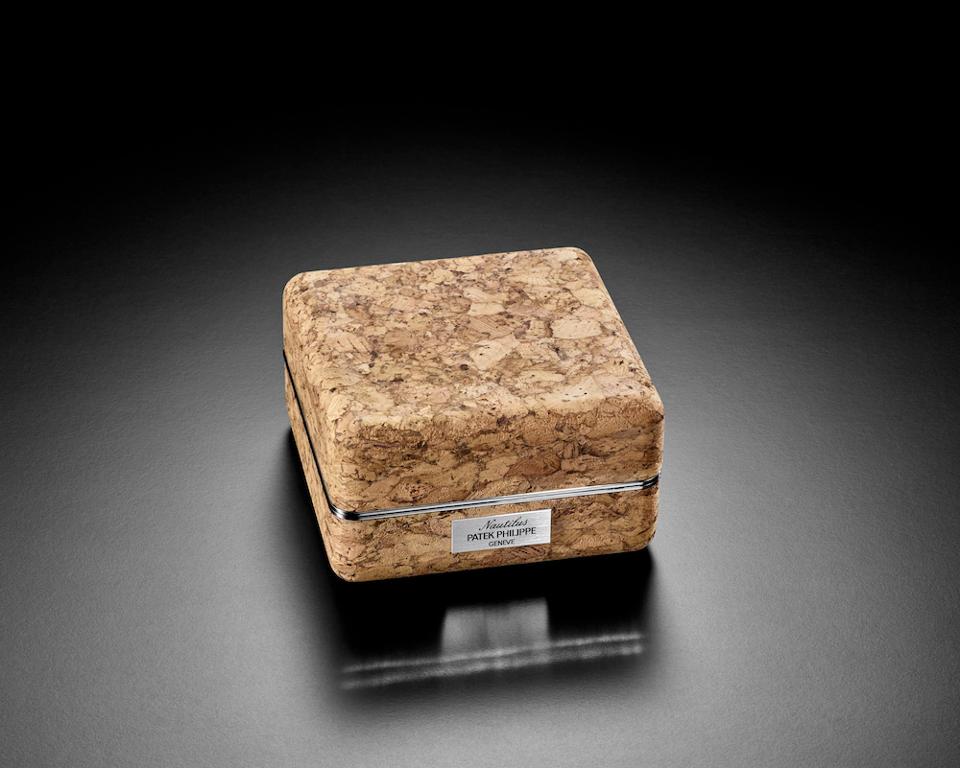