Over the past few weeks, I’ve made a couple of references to the upcoming ‘Daytona Ultimatum‘ auction, which Phillips’ auction house will be hosting next month.  So I thought, instead of constantly referring back to it, I’ll put together a quick pre-coverage explaining why the auction is taking place, what pieces will make an appearance, and the mastermind behind the curation of the auction. 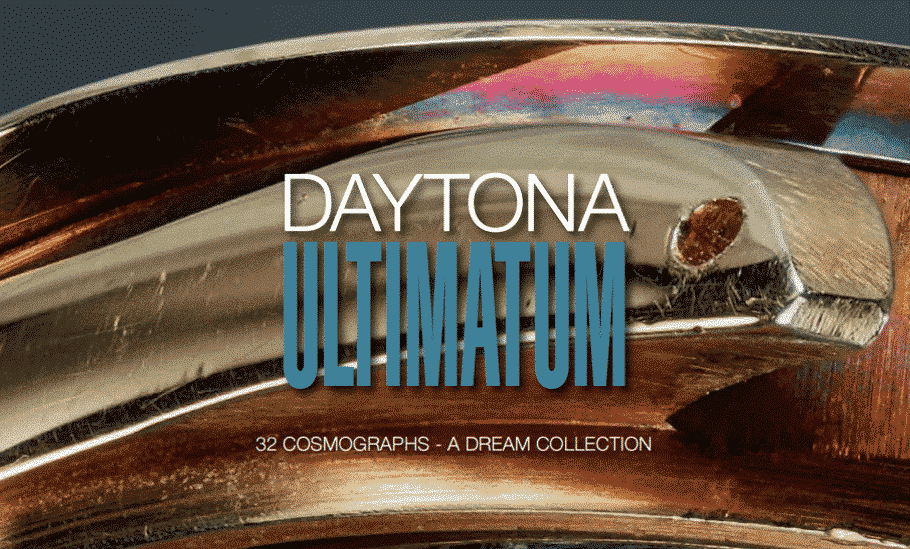 Why hold a Daytona themed auction?

Recently, the Daytona’s popularity has risen immensely. After experiencing little success in the 1960’s and the latter part the 20th century, the world has suddenly gone mad for the chronograph sports watch. October 2017 was a particularly special moment in history for the Daytona, as it marked the sale of the most expensive watch to have ever been sold at auction, Paul Newman’s original ‘Paul Newman’ Daytona.

The Phillips in association with Bacs and Russo auction coincides with the 55th anniversary of the first Daytona release and will celebrate the success of Paul Newman’s Daytona sale from October last year. 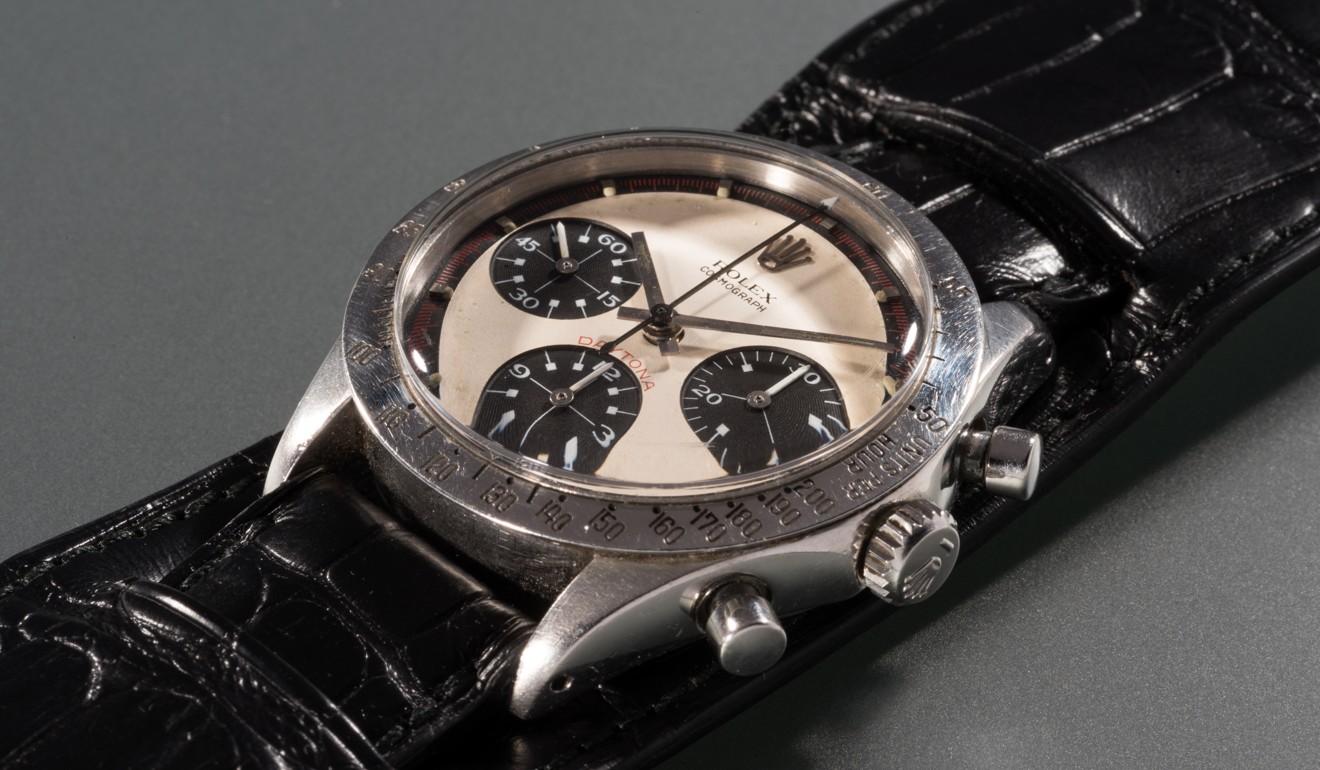 Who is Pucci Papaleo?

Phillips approached Italian watch collector and author, Pucci Papaelo to ask if he would curate the unique auction. If you are keen to know anything, and I mean ANYTHING, about a Daytona, then Papelo is your guy. Papelo has studied Rolex Daytona’s for years since the 1980’s to be precise. The watch guru has even created a 600-page guidebook on all things Daytona! So I’m really not surprised that they asked him to be a part of this Daytona extravaganza. 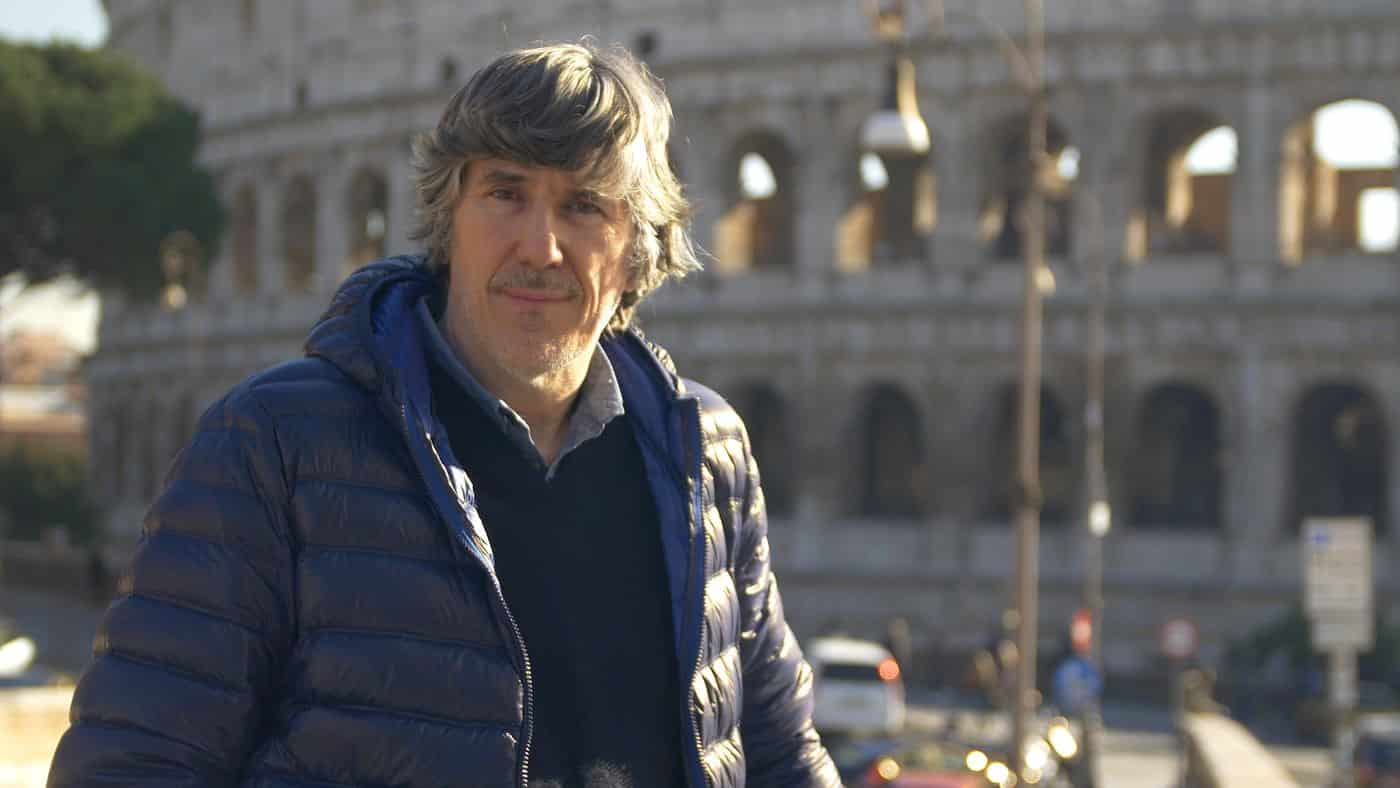 As Phillips suggests, the collection up for auction next month consists of “an extremely limited selection of the finest, rarest, and best-preserved Rolex Daytona wristwatches known to exist.” Each Daytona has even been given its own personal nickname!

Ref. 6239, otherwise known as the ‘The Golden Pagoda’, is one of top nine pieces with the highest estimate. The 1967 model features a champagne version of the iconic ‘Paul Newman’ dial, and a stunning and well-preserved 18-carat yellow gold case. Click here to see more photos and details. 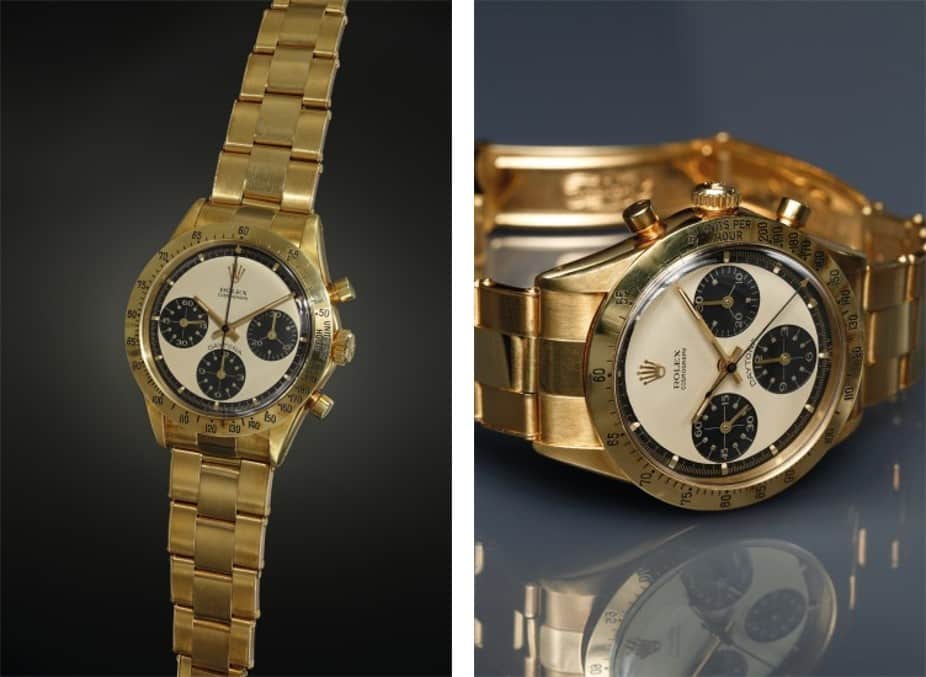 Also in one of the top spots is ref. 6240, ‘The Neanderthal’. Puccini suggests that this particular piece is extremely significant as it gives us an ‘unprecedented way of understanding the Cosmograph’. The traditional Daytona, which features a pre-Paul Newman dial, is expected to do very well at next month’s auction. Click here to learn more. 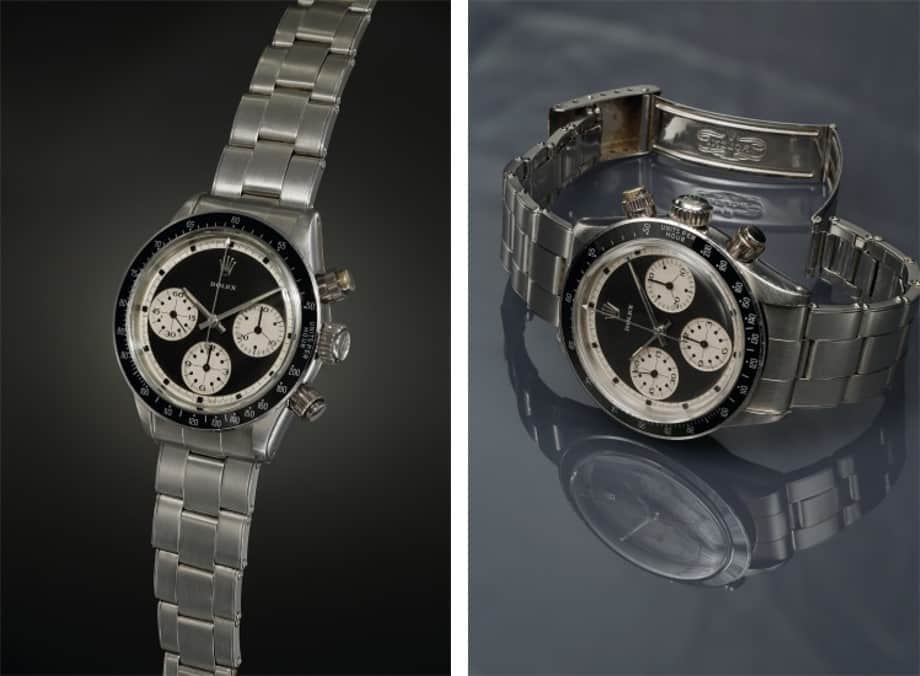 This tropical looking Daytona is one of the auctions’ ‘exceptionally rare and outstandingly beautiful’ pieces. Ref. 6241 is one of only 300 spectacular examples that were made from 18-carat yellow gold. The black and gold colours strongly resemble those on John Player & Sons’ Lotus Formula One car, and so the nickname ‘The John Player Special’ was born. Click here to read more. 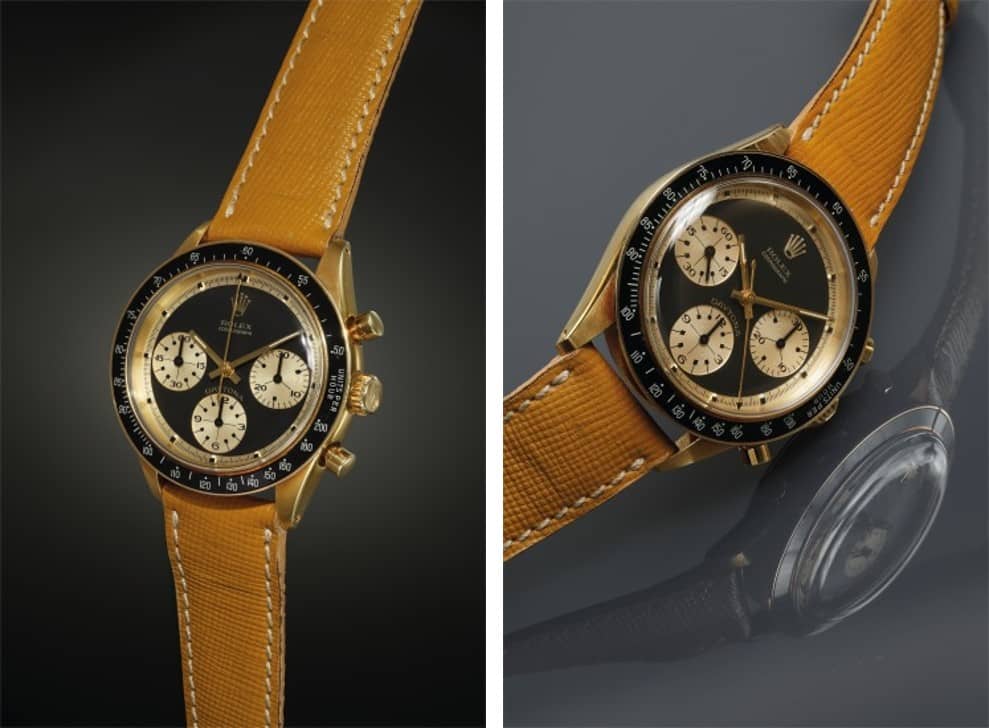 And of course, we can’t forget to mention this special and one-of-a-kind piece, ‘The Unicorn’. A few months back we wrote a blog focused entirely on the spectacular timepiece so I won’t repeat the facts (but I will say that the elegant wristwatch has an estimate of $3 million!). If you’d like to learn more about this illustrious Daytona click here.

It’s fair to say that this particular auction is going to be exciting from start to finish. Will another Daytona sale make it into the history books? We’ll have to wait until May 12th, 2018 to find out.

Some Of Our Favourite Luxury Sports Models