“I am not a painter bound to a single space, nor to any particular surface” – Cyril Kongo

For the first time ever, a graffiti artist has shrunk his usually large canvas into the heart of a watch movement. Hublot did something similar with a dial, however it was more pop art than graffiti. The RM 68-01 was born out of Richard Mille’s desire to combine contemporary art and styles with haute horlogerie. 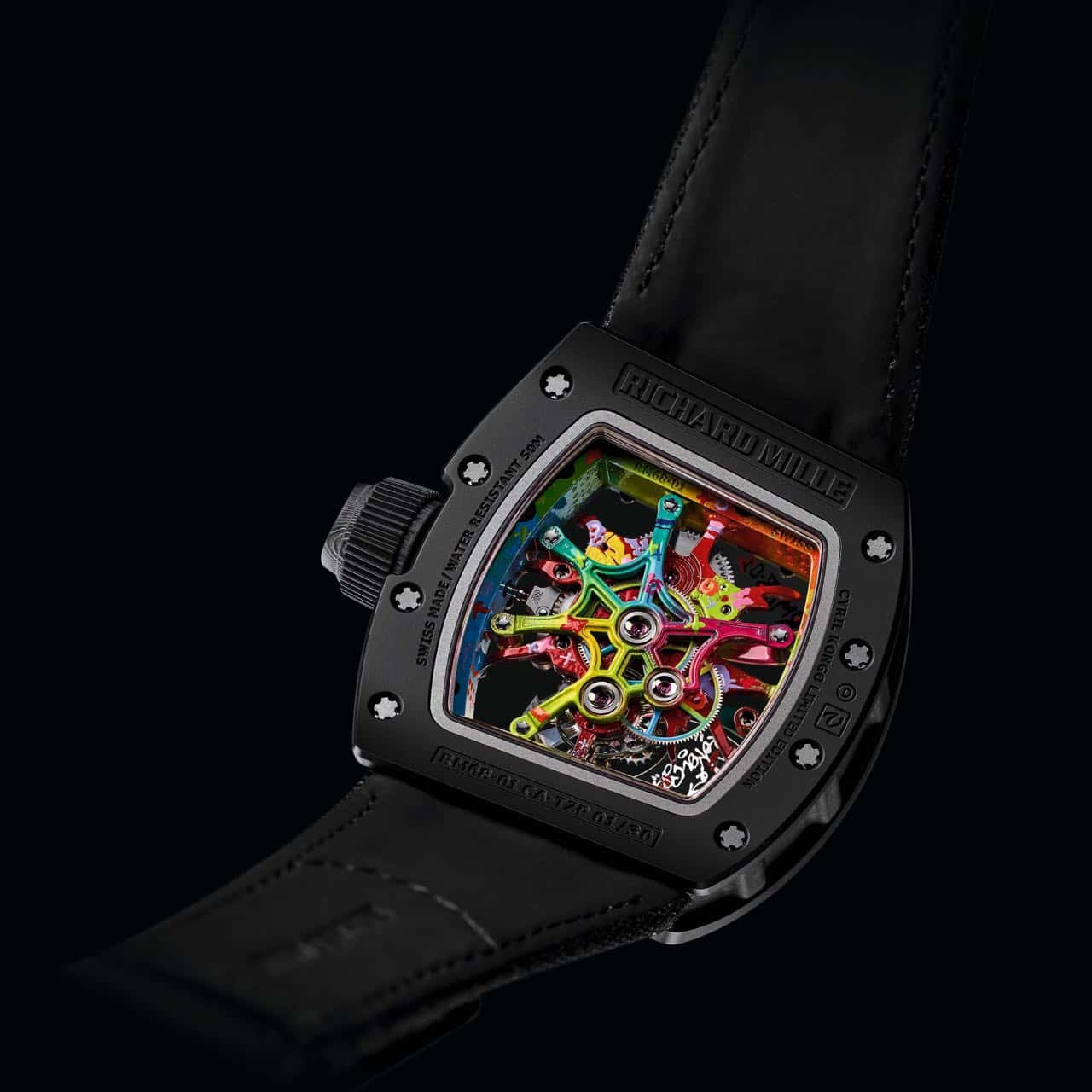 It is easy to ignore the super complicated calibre and tourbillon function of this watch, as these are the very objects that serve as a canvas for the creativity and inspiration of French street artist Cyril Congo. Making the leap from large buildings and bridges to baseplates and sapphire dials of a watch, this kind of forward thinking and intricacy is synonymous with Richard Mille watches.

Each watch is individually taken to the artist, meaning each timepiece is unique. The RM68-01 caliber is entirely hand painted with spray paint by Cyril Kongo in his highly developed graffiti style. 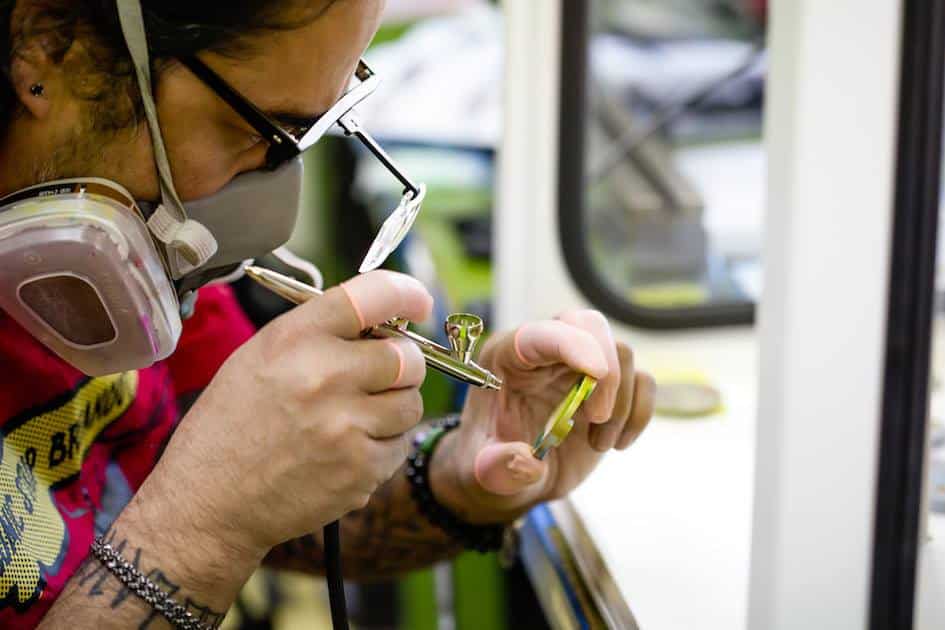 Kongo went on to say, “I come from graffiti. All my work originates there. It was my school for painting, I learned in the street. I need to remain in touch with that world while at the same time looking at what’s happening elsewhere. Graffiti is a language with its own codes, a form of writing, whether this be on a gigantic wall, on canvas, or any other surface.”

Cyril Phan, AKA Kongo, was born in Toulouse in 1969 of a French mother and a Vietnamese father. At the age of 14, he moved with his mother to Brazzaville in the Democratic Republic of Congo – hence the alias, Kongo. Four years later he returned to France where he settled in the greater Paris area, despite living and working between Paris, Hong Kong and Guadeloupe. It is these diverse cultural influence that helped him carve out an identity and his artistic style.

Kongo first caught the eye as a tagger and graffiti artist on the urban scene in Paris, but over the course of 20 years as a practising artist, has grown into an internationally recognised figure in the world of graffiti.

The Year of The Daytona: An In-Depth Look at The New 2016 Rolex Daytona