There have been murmurings of a new Richard Mille RM 011 model being released, with the series being one of the most popular. Earlier today, it was confirmed that Richard Mille are bringing out the “RM 11-03” and I think it’s fair to say we haven’t been disappointed. In the words of the brand, the RM 011 was finally due a makeover after ten years of loyal service as an iconic model for the brand. 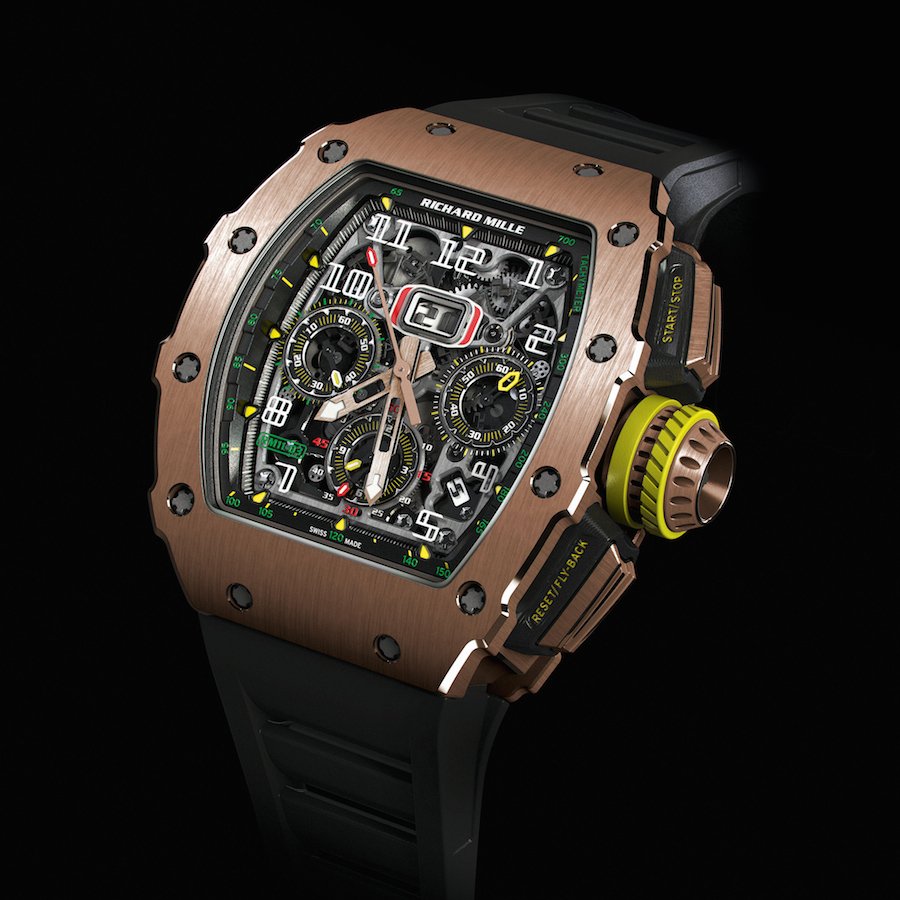 “The RM 011 is being reinvented, however, it continues to embody the essence of Richard Mille. The name of this new avatar is the RM 11-03.”

The RM 11-03 is taking over from the RM 011, which has now been discontinued. Restyling is a crucial element in the lifecycle of any product, and after ten years Richard Mille thought the time was right. Maybe even more interestingly, the announcement of this watch came hours after Felipe Massa announced he is retiring from Formula 1. Certainly two heavyweights bowing out at the same time.

“I’m particularly fond of the new RM 011, which is one of the most successful watches of the Richard Mille brand. Everybody loves it and it’s a pleasure to see how it has caught on since I began wearing it (which I still do!). To me, this model is really iconic in the brand’s history.” – Felipe Massa

An upgraded rotor has been placed to run the RM 11-03 in order to maximise the effect of shifting the rotor’s centre of gravity. This increases or diminishes coupling, improving the rotor’s ability to rewind the barrel. The design of the variable geometry rotor used in the RM 11-03 is said to be inspired by the aerodynamic appendages of Formula 1 cars.

The rotor itself is made up of a grade 5 titanium central flange, brushed and PVD-treated, with two wings in 18k white gold. The rotor is mounted on ceramic ball bearings. 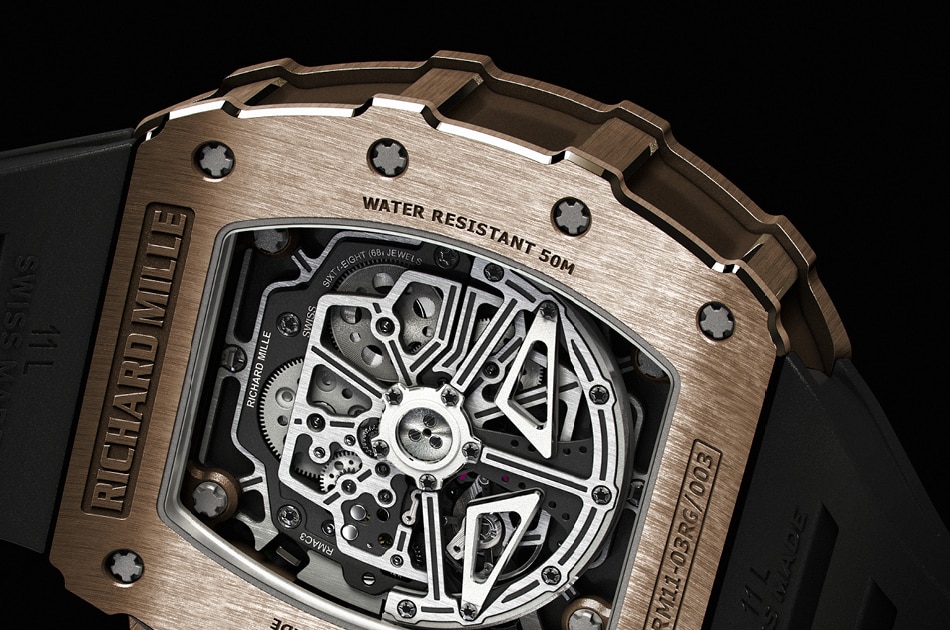 While the RM 11-03 is still tonneau-shaped, the case has been modernised with a sportier look by adding ridges. The brushed finished on the case is done entirely by hand, and is polished for 15 hours to get the desired effect. We believe the watch will also come in titanium and white gold housing.

Like many other watches created by Richard Mille, this watch connects with the automative spirit that inspired it’s creation through it’s design and colour use. The titanium crown emulates wheel rims and tyre treads, while the grooved chronograph pushers are inspired by gas and break pedals. Typical of Richard Mille watches, high-tech materials are to be found on this model, with the chronograph pushers being covered in NTPT carbon and yellow racing accent rings in Alcryn. The green and yellow colour scheme pays homage to the birthplace of Felipe Massa: Brazil. 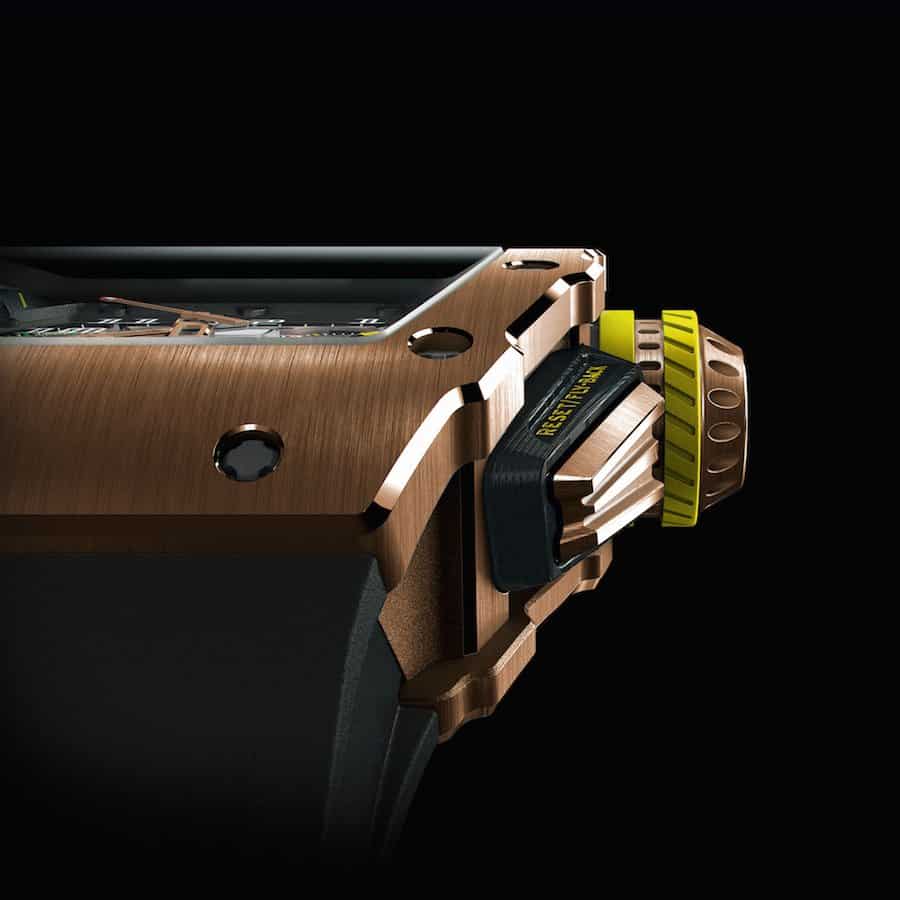 The watch will be officially launched and showcased on the 3rd of September at the Chantilly Arts & Elegance Richard Mille, where we will also be able to discover the price.

Which Watch Does The Richest Man In Hong Kong (Worth $28 Billion) Wear?