It seems that every time Richard Mille release a new series of watches they push the boat out further and further; and the latest set of RM 67-02 watches prove just that. Not only are they the lightest automatic watches ever made – weighing the equivalent to 7 sheets of A4 papers at 32 grams – but they are visually striking as well. The watches were created in tribute of Olympic medallists & Richard Mille ambassadors Wayde van Niekerk and Mutaz Essa Barshim and have been introduced just before the 2017 IAAH Championships in London. 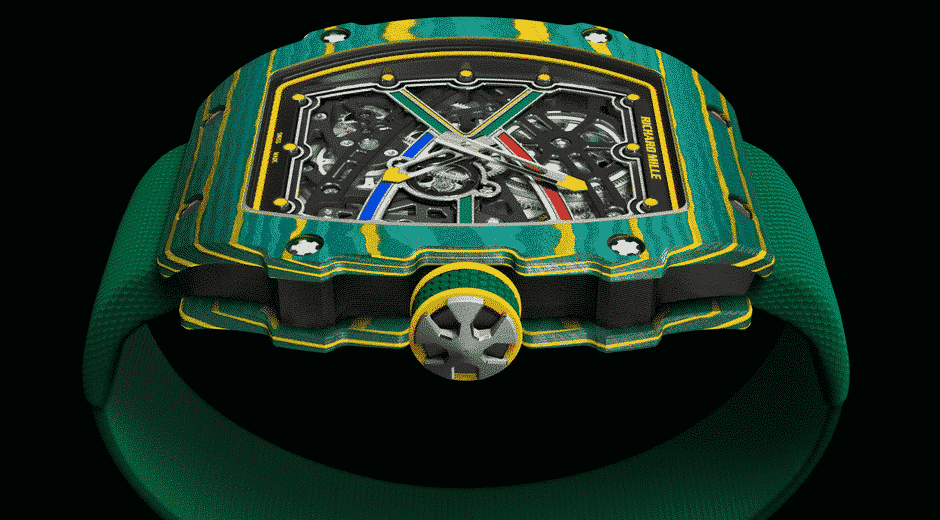 The green RM 67-02 “Sprint” is made for South African (world record holder and gold medallist) sprinter with his national colours etched onto the case and movement. The purple and white colour scheme isn’t as obvious, but similarly represents the country of origin of Qatari high jumper Mutaz Essa Barshim.

« Time is very important, important even down to the smallest fraction of a second imaginable. So, I am personally always physically chasing time to improve myself, improve my speed and just trying to improve as an athlete. » Wayde van Niekerk 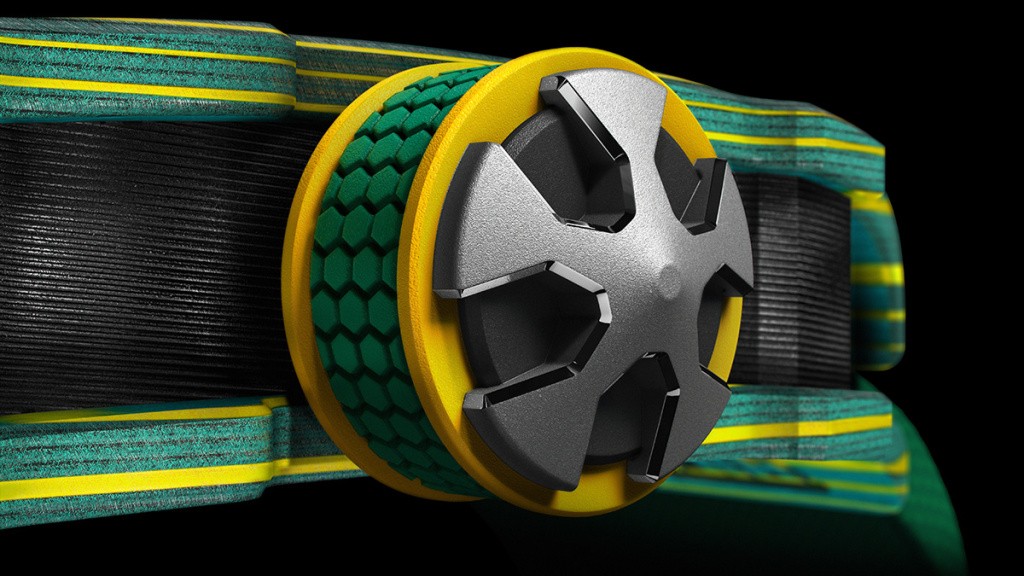 Whilst the colours of both watches are different, everything else within the watches are exactly the same. The coloured front and back cases of the watches are made from Quartz TPT whilst the black casebands are made from carbon TPT which are both shock resistant and ultra light – perfect for high intensity activities. The appearance of NTPT carbon fibre layers in Richard Mille watches is very popular so it is no surprise that this material was used. 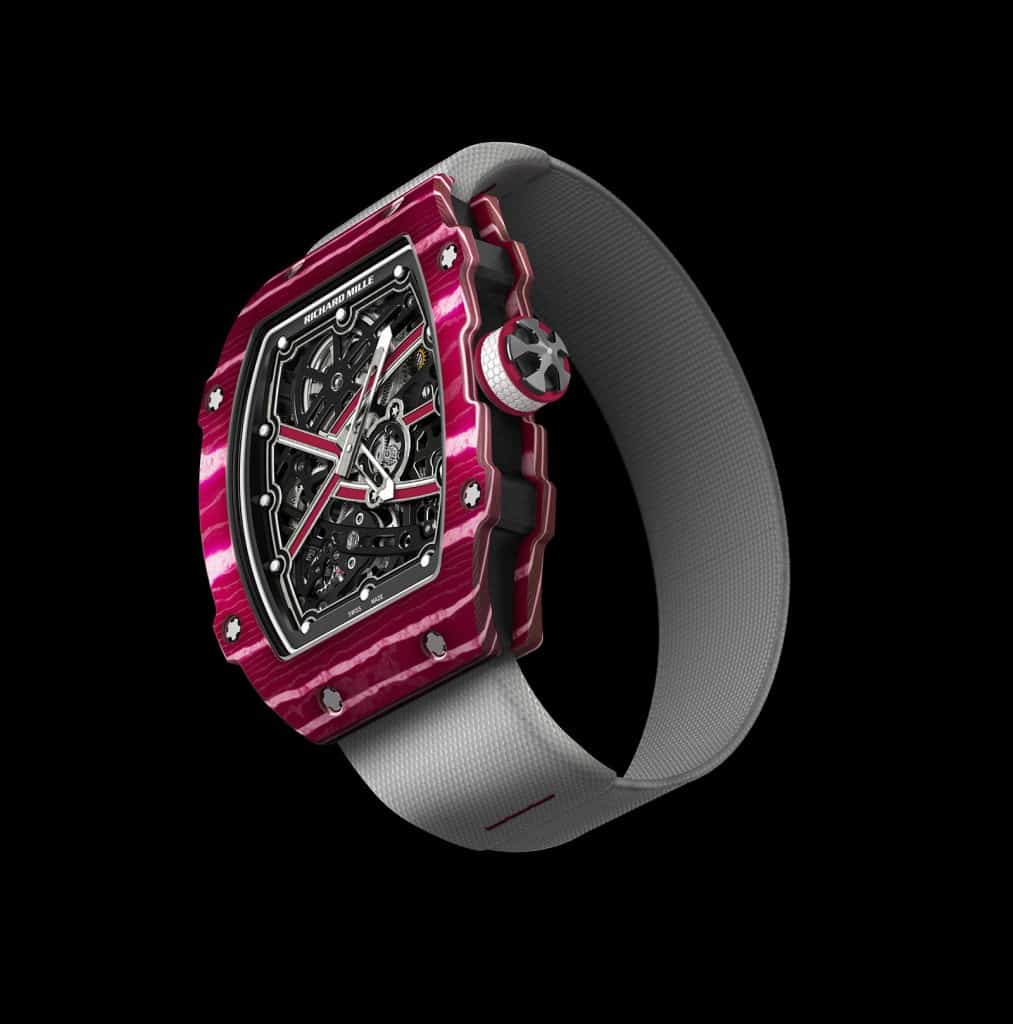 Both models are based on the 67-01 “extra flat” with a height of 7.8mm and a diameter of 38.7mm, and are even equipped with the same in-house CRMA7 movement which can be viewed from the front and back of the watch. Both watches are equipped one a seamless elastic strap, which debuted on the RM 27-03 Tourbillon Rafa Nadal.

The latest collection of the RM 67-02’s, released in May 2018, keeps hold of the fundamental aspects of the original RM 67 -02 – ultra lightweight, maximum comfort and super cool design.

Luxe Watches recently had the opportunity to get hands on with the new RM 67-02 “Sebastian Ogier” styled in carbon TPT and red, blue and white hues.

Getting Dressy: 7 Of The Very Best Dress Watches You Should Buy