The Year of The Daytona: An In-Depth Look at The New 2016 Rolex Daytona | Luxe Watches

The Year of The Daytona: An In-Depth Look at The New 2016 Rolex Daytona

2016 has been a big year for Rolex fans, with the new releases from Baselworld 2016 and the release of the highly anticipated ceramic Daytona 116500LN. Not only that, but Rolex also announced new bi-metal and all-gold versions of the iconic model. I think it’s fair to say this is the year of the Daytona, at least in they eyes of Rolex anyways. As a result, I thought it’d only necessary to have an in-depth look at all of the new Daytona models together.

In the 90s, steel Rolex Daytona watches were ‘in’ – big time. Due to high market demand, it is reported Rolex produced insufficient quantities which resulted in long waiting lists as well as mark-ups for new steel Rolex Daytona models. Fast forward to 2016, and Rolex have managed the same thing with the 116500LN models. 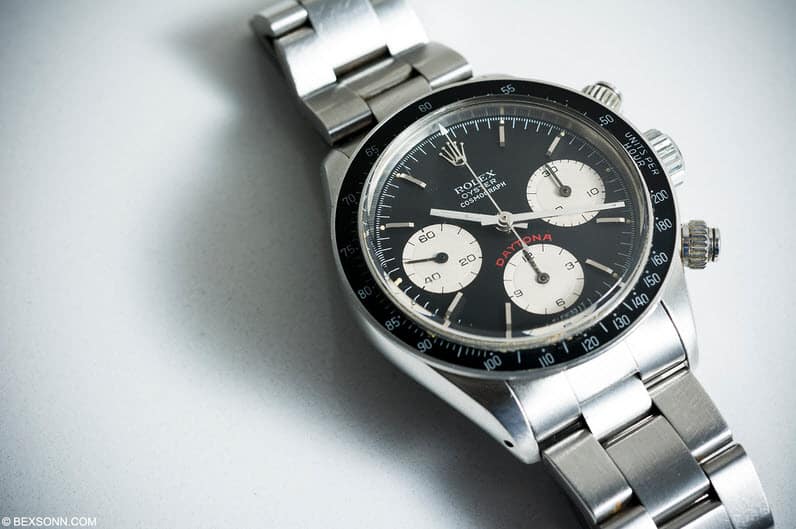 A short look back into the past shows the brand aren’t shy about releasing new Daytona models. The Rolex Cosmograph Daytona is, in itself, a success story of wrist watch families for being so popular. Even when it comes to new and vintage, the collection has been highly profitable for Rolex. The ‘Paul Newman’, considered worthless when it was released, now fetches top prices from collectors and enthusiasts. 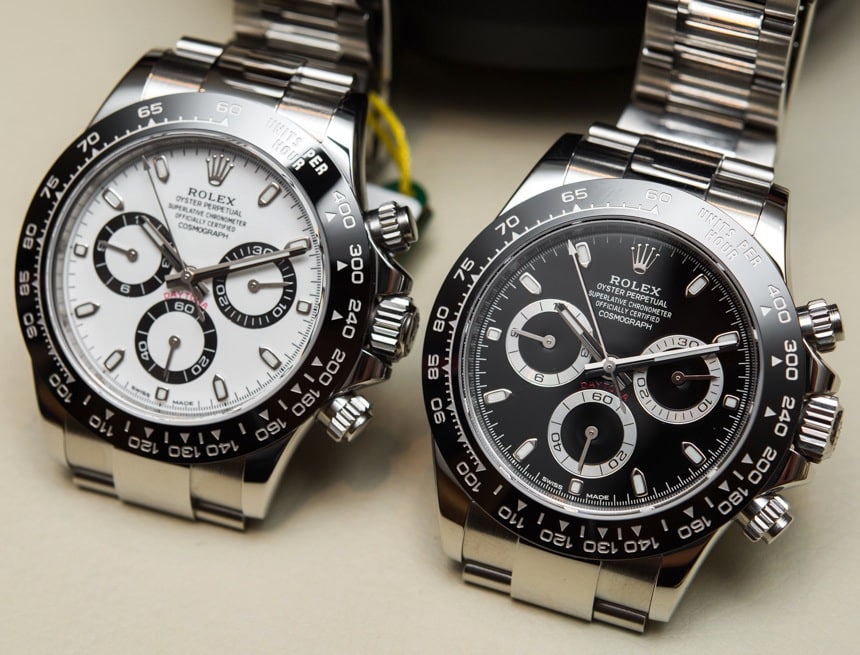 It’s been about 16 years since the steel Daytona has been refreshed, and finally the wait is over. With an updated tachymeter design and a Cerachrom bezel in black ceramic, the Daytona has moved on from the older engraved metal bezel and reverted back to the more vintage style. Cerachrom is incredibly scratch proof due to its density, and will keep the black bezel from fading due to the effects of UV rays. The 116500LN still runs with the calibre 4130 movement, but is now tested to +2/-2 seconds per day accuracy (which is incredibly accurate for a mass produced chronograph). Whilst much of the talk of the new Daytona goes to the ceramic bezel, the two dial options aren’t to be overlooked.

The retail price for this watch is £8250, however many are paying way over the odds just to get this watch before anyone else. As mentioned before, the waiting list at Rolex is very long.

Despite the Daytona being originally released as a sports watch for professional drivers, precious metal iterations have always proved popular. Enter the 116508, the latest 18k yellow gold model. Like it’s predecessor (the 116528), the 116508 Daytona features an 18k gold case and bracelet, however has been fitted with a racing green dial which perfectly celebrates the model’s motorsport heritage. 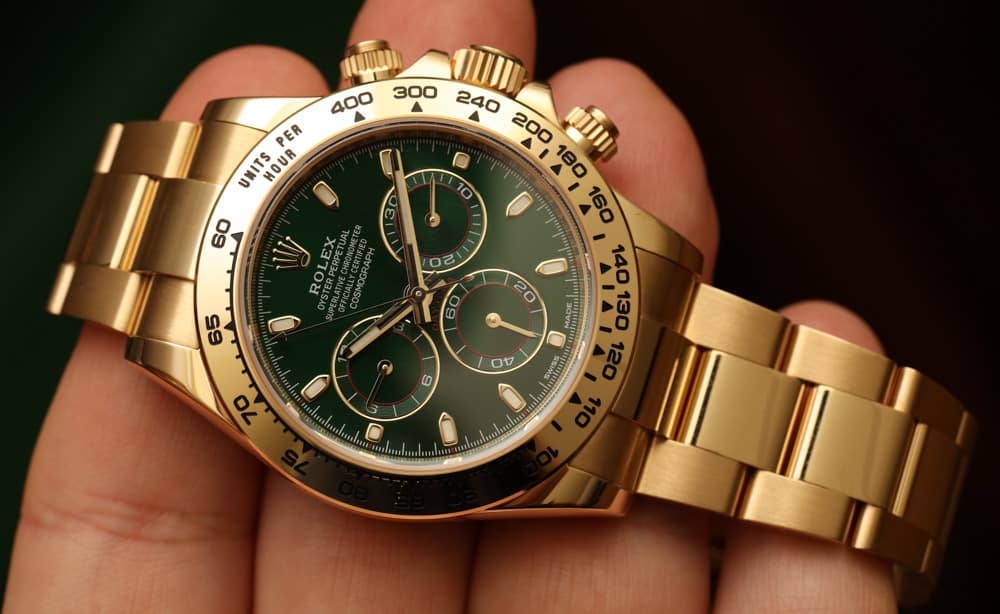 Another reason for this deep green dial, other than Rolex’s official colour being green, is the birth of “Rolex Certified” which also goes by the name of “the green seal”. In short, it is a way for the brand to self-certify their watches as a testament to both quality and performance.

Similarly, the bi-metal 116523 has been given a face-lift for 2016 in the form of the 116503. Dial selection comes in either classic white or mother-of-pearl, and hour markers are picked out of either gold or diamonds. The Oyster bracelet is crafted in Rolex’s Rolesor – a combination of steel and gold.

Both of the precious metal releases come with an updated bezel, similar to the 116500LN although crafted out of 18k yellow gold as opposed to black ceramic. The tachymeter scale now has a slightly different layout, with the markings now following the curve of the bezel. The numbers 60 to 100 on the scale are now connected with a black semi-circular line, which subtly adds to the design of the bezel.