Contemporary art collector Yusaku Maezawa has been in the news recently as he recently bought a Jean-Michel Basquiat original artwork from Sotheby's for a staggering $110.5 million. "Untitled" was purchased by the Japanese billionaire, who is a former indie rock musician who started a music import business which led to a widely successful e-commerce clothing site. Maezawa has been making a huge name in the art industry in the last couple of years, purchasing works by Pablo Picasso for $22.6 million, Christopher Wool for $13.9 million, and Richard Prince for $9.7 million.

If you were to look up the social media profiles of Yusaka Maezawa its  clear to see that he enjoys the finer things in life, including his timepieces - and boy he has some collection. One of his favourite brands is Richard Mille, and so it's easy to see that Mr. Maezawa is a collector in haute horology.

The Richard Mille RM 027 Tourbillon Nadal was designed and produced to push the boundaries of conventional watchmaking and to bring a tourbillon into the arena of sports. Richard Mille have created a watch that can successfully withstand the shocks incurred on clay tennis courts, which can involve forces of a hundred Gs, whilst also remaining totally comfortable and ridiculously lightweight - less than 20 grams.

The watch features the powerful RM 027 caliber manual winding tourbillon movement with hours and minutes display. The RM 027 case is composed of a composite of carbon, used to provide a tough and resilient enclosure for the precious tourbillon inside. The solid caseback and caseband are mono-bloc to ensure total lightness. The whole of its mechanical architecture, weighing just 3.8 grams, was skilfully designed and constructed in taut suspension on a network of shock absorbers anchored in the thickness of the case. The timepiece proves to be a spectacular watch, and is limited to just 50 pieces worldwide.

The Richard Mille RM 027-01 is a redesigned upgrade on the original Richard Mille RM 027, which was inspired by the forces at play during high-level tennis matches, the tourbillon in the collection represents a new development in the creation of tourbillon watches for the world of sports. The watch is designed with all the implemented experience of constructing its predecessor, although this timepiece represents yet another milestone in the history of Richard Mille and of horological development. 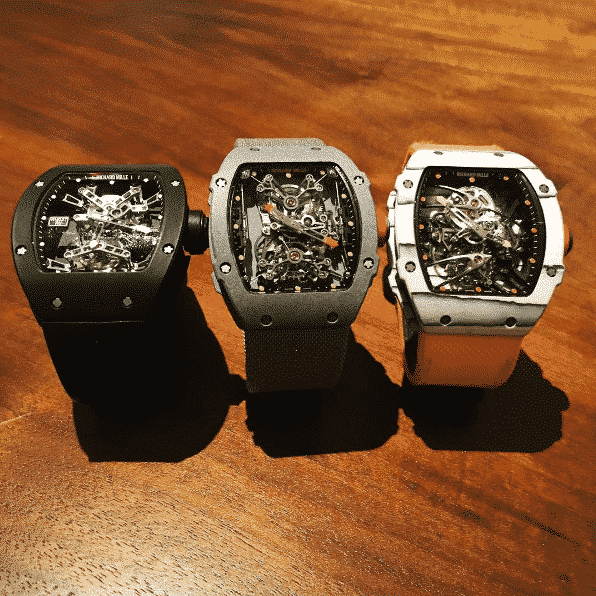 The case of the RM 027-01 is made from an extremely strong anthracite polymer injected into carbon nanotubes. The resulting combination produces a material very capable of protecting the tourbillon and movement against impacts. The caseband and caseback also feature monobloc constructions for evermore improved lightness and strength. The crystal, with its anti-reflective treatment, has remarkable properties that ensure extreme toughness and optimum rigidity. The baseplate of the of the RM 027-01 is attached to the case by 4 braided steel cables, each with a diameter of just 0.35mm. These cables are held in place by an ingenious mechanism of tensioners and pulleys, located at the corners of the case. These act as respective pylons, and are employed to ensure the movement can stay in suspension inside the case, allowing the calibre RM 027-01 can withstand accelerations of over 5,000 G.

The latest model of the RM 027 collection, the RM 027-02 is considered to be the most iconic and technically superb timepiece of the collection. The brilliant white case is made from a combination of carbon and quartz - a result material entitles QTPT. The white case has a Damascus steel-style look using micro-layers of carbon filament to create that unique appearance to this stunning watch. The Richard Mille RM 027-02 also features the first unibody case in which the black caseband is made from a single piece of Carbon NTPT and incorporates the movement in order to create a watch that is extremely lightweight but yet is extremely resistant to shocks - a total of 5000g. The carbon NPTP movement caseband is then assembled on to the caseback and bezel to create this stunning timepiece. 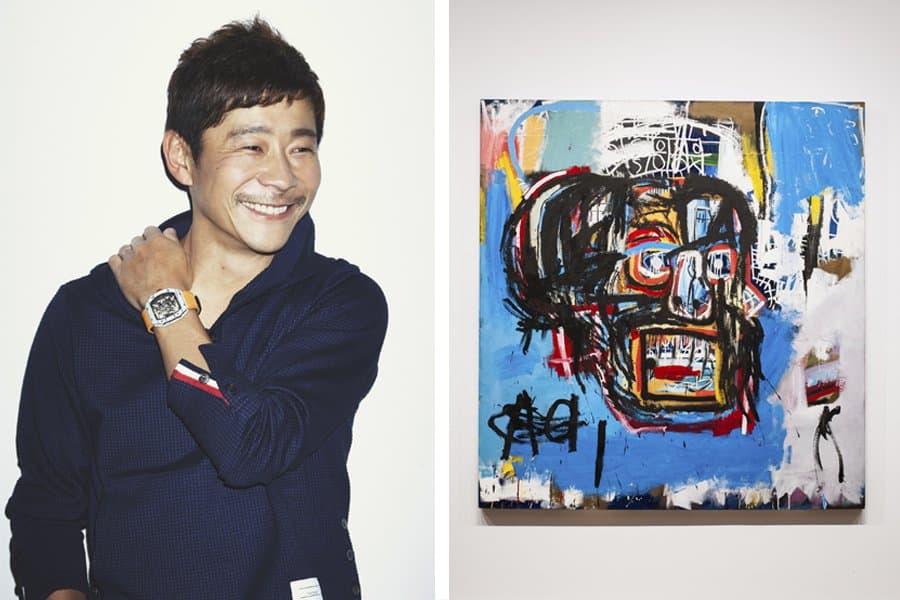 The Richard Mille RM 038 Tourbillon Bubba Watson is yet another example of the clear innovation and craftsmanship employed by the imaginative Swiss watchmakers. The case is made from an alloy called magnesium WE 54, and is made from a combination of magnesium, yttrium and rare earths. Along with Carbon NPTP, magnesium WE 54 is one of the lightest materials in the watch industry. The material, once machined and coated with a chemical treatment, is very durable, scratch resistance and anti-corrosive. The case is assembled with 12 spline screws in grade 5 titanium and abrasion resistant washers in 316L stainless steel. 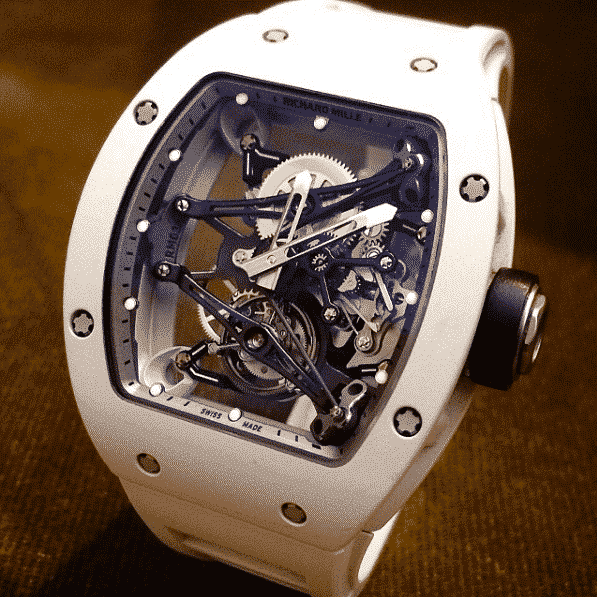 The watch is powered by caliber RM 038 manual winding tourbillon with hours and minutes with a power reserve of circa 48 hours. The watch features a fast rotating barrel located at 12 o'clock, and is designed to increase performance.
Back to blog