The symbol and superstition of the evil eye is one of the most powerful symbolic images in the world, recorded in every culture throughout history. Despite the difference in cultures that hold the myth, the meaning remains largely the same no matter where the story comes from. In its most general and basic form, the evil eye is thought of as a look that inflicts pain and suffering, and some form of bad luck, to those it is cast upon. Simply, it is a look that given out of jealousy or pure malice to clearly state that you’d like something bad to happen to the receiver. 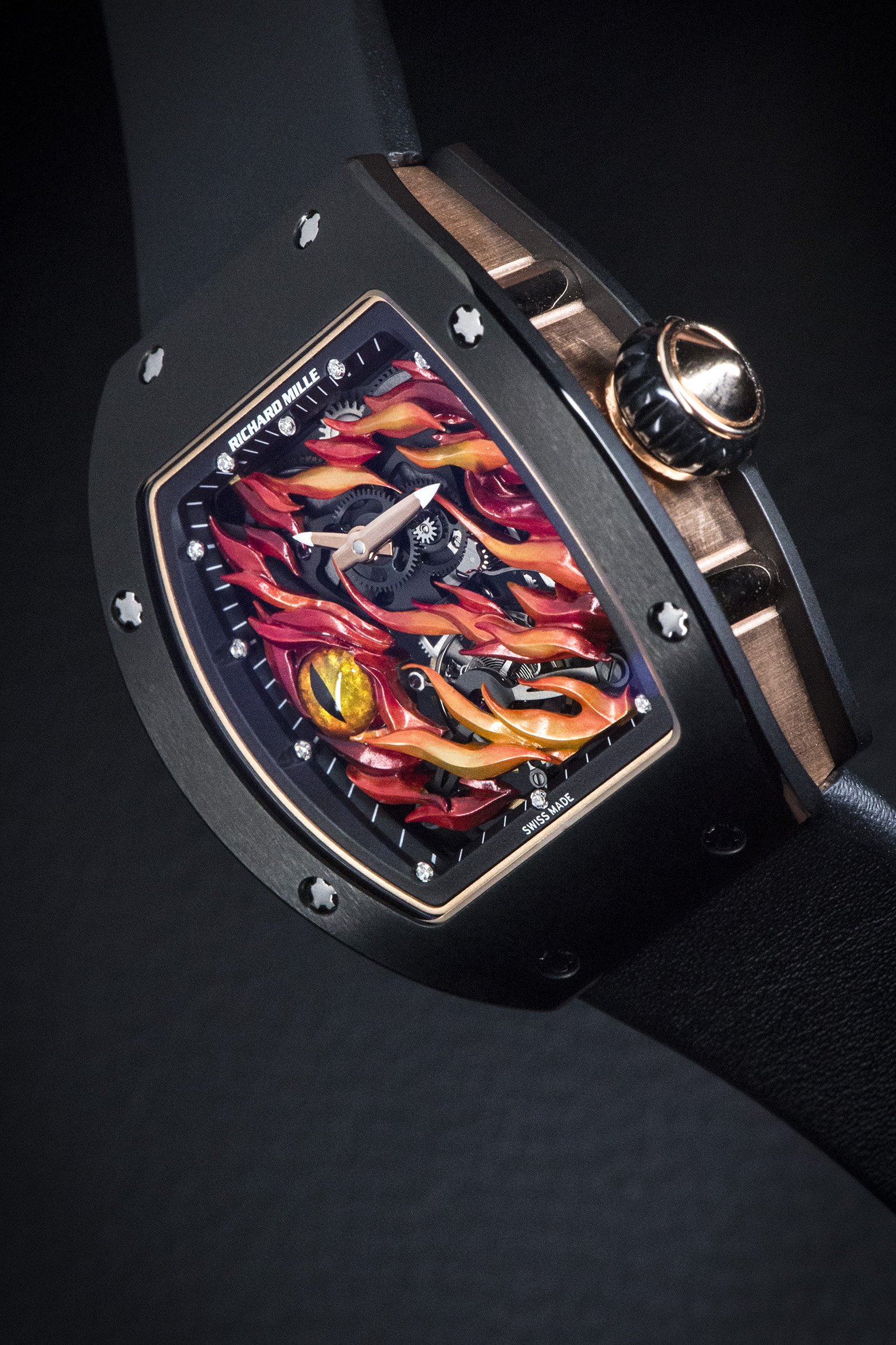 The earliest known evidence for belief in the evil eye dates back to ancient Greece and Rome, where it was believed that the evil eye possessed the greatest threat to anyone who had been praised too much, or received admiration beyond what they truly deserved. The praised person would become so engulfed in pride, that he or she would bring about their own demise via the evil eye, which was believed to cause both mental and physical illness. It was thought that any disease which didn’t have an immediate, obvious cause was inflicted by the evil eye. The most popular method of escaping the evil eye’s effects in many cultures is by the use of evil eye amulets and jewellery, that are meant to reflect the powers of the evil look. The most basic design of the evil eye is a talisman designed with concentric blue and white circles made to symbolise the evil eye. It is often used on houses, streets, vehicles or jewellery. Today, a new relic has been created to protect against these negative energies in the form of a luxury timepiece, imagined by Richard Mille, a nonconformist brand by nature. The watch, like many other watches created by Richard Mille, pushes the boundaries of timekeeping to inspirational levels of expression. 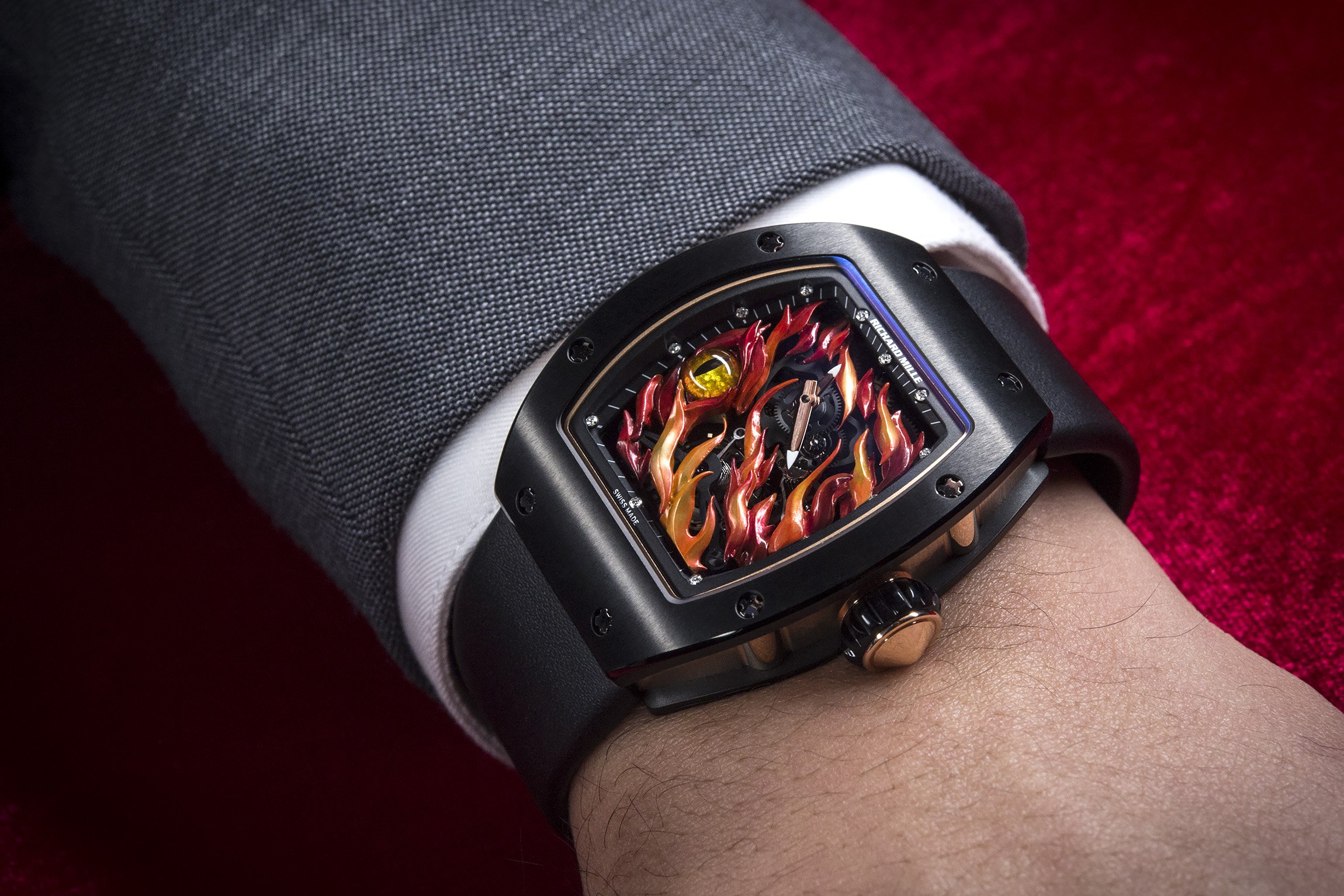 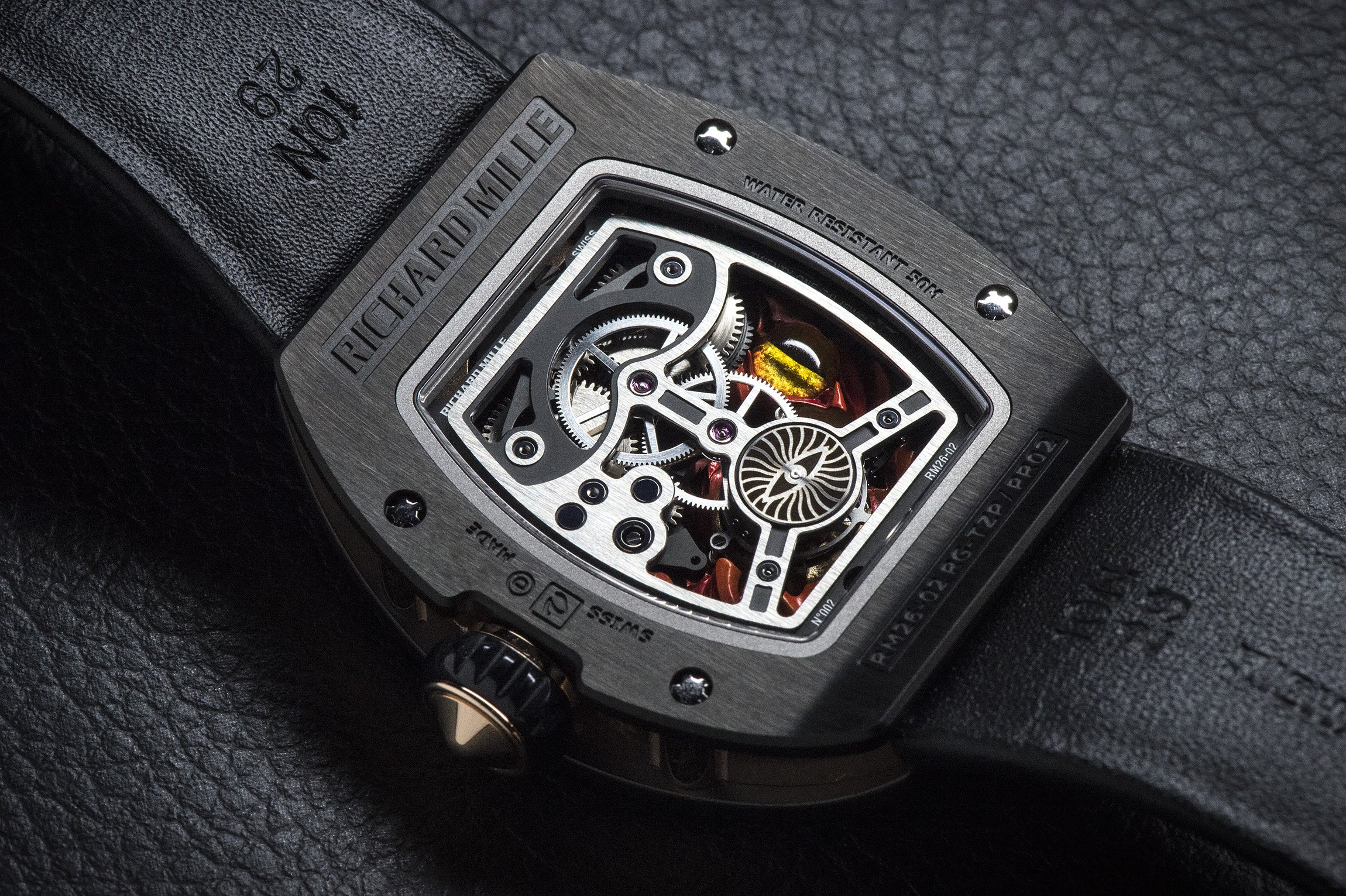 The evil eye can be seen from the caseback, too

The Richard Mille RM 026-02 was actually created by a renowned craftsman in Geneva, Oliver Vaucher, who designed and brought the piece to life. The flames and eye have been hand-carved out of red gold using chisels made specifically to perfect the tiniest details. The process used to give the eye its striking depth and realism in called ‘grand feu’ enamelling, where the motif is painted onto the gold dial using various rare oxides before it is cooked at a high temperature (between 800°C and 900°C) several times under (ironically) the attentive eye of the enameler. It is then finished with several layers of transparent lacquer which are fired in a similar manner. To augment the realism of the piece, micro-lacquering is carried out by hand on the flames.

The piece is manual winding, featuring a power reserve of approximately 50 hours which is indicated by a red line on a differential-driven, rotating disk located between 10 and 11 o’clock. Engulfed by the flames, the evil eye is nestled at 9 o’clock. Quite harder to spot, however, is the tourbillon caliber beating at 3 Hz at the 6 o’clock position. The tourbillon is assembled using a plate and bridges in PVD-coated grade 5 titanium, which is strong and highly resistant to corrosion, insuring a perfect environment to function in. 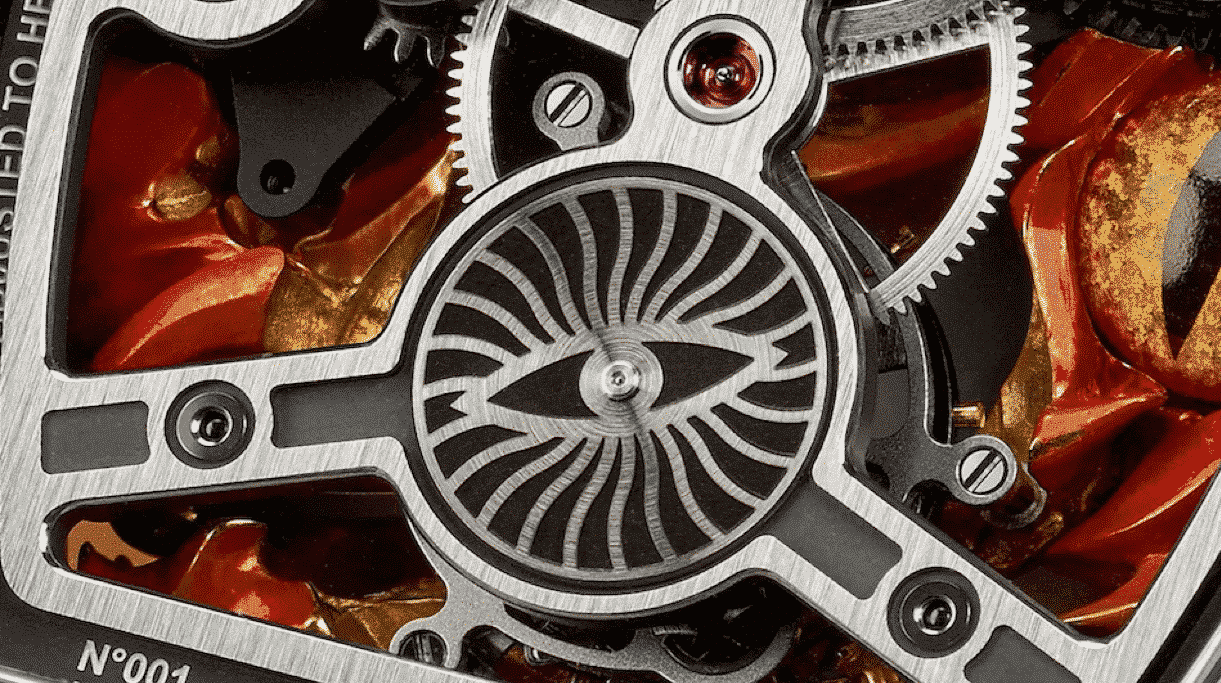 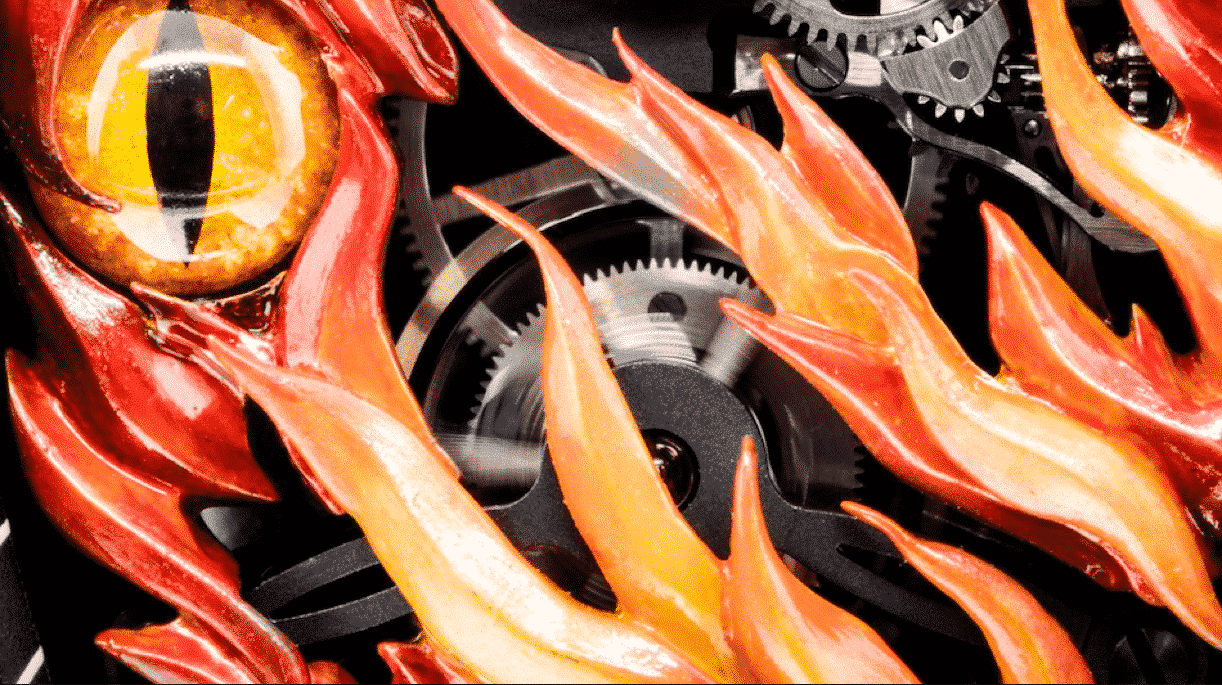 The exquisite enamelling and movement is protected by a 48.15 mm tonneau-shaped black TZP (tetragonal zirconia polycrystal) case, which is worked at great length to obtain a matte effect over the entire surface. The case middle is made out of red gold, and features a torque limiting crown that prevents the wearer from overwinding the tourbillon caliber. Both the front glass and caseback is created with Sapphire, and is applied anti-glare treatment to show off the technical workings. Moreover, the digits are represented on the dial by diamonds.

The RM 26-02 ‘Evil Eye’ Tourbillon is limited to 25 pieces in black TZP ceramic, which are available to buy in the 25 Richard Mille boutiques around the world. The price hasn’t been disclosed at this particular time.

Vacheron Constantin Reference 57260: The Most Complicated Watch Ever Made

What Is So Mysterious About Cartier’s Latest Release? The Clé de Cartier Mysterious Hour Watch