The valuable Rolex ‘APH dial’ Daytona and other desirable imperfections

When purchasing a second-hand luxury watch, it’s important to thoroughly assess the condition of its dial, as the slightest scratch of flaw can drastically affect its value.

However, for some collectors, small imperfections on the dial are what makes watches so desirable. Some references were only created in limited numbers, making them highly sought-after and as a result, appreciate over time.

So, if you’re curious about a watch you’ve been gifted or have your eye on a rare Rolex, here are a few models to get excited about if you’ve got one in years to come!

A rare Rolex model with a font error is selling for up to £20,000 and appreciating over time. 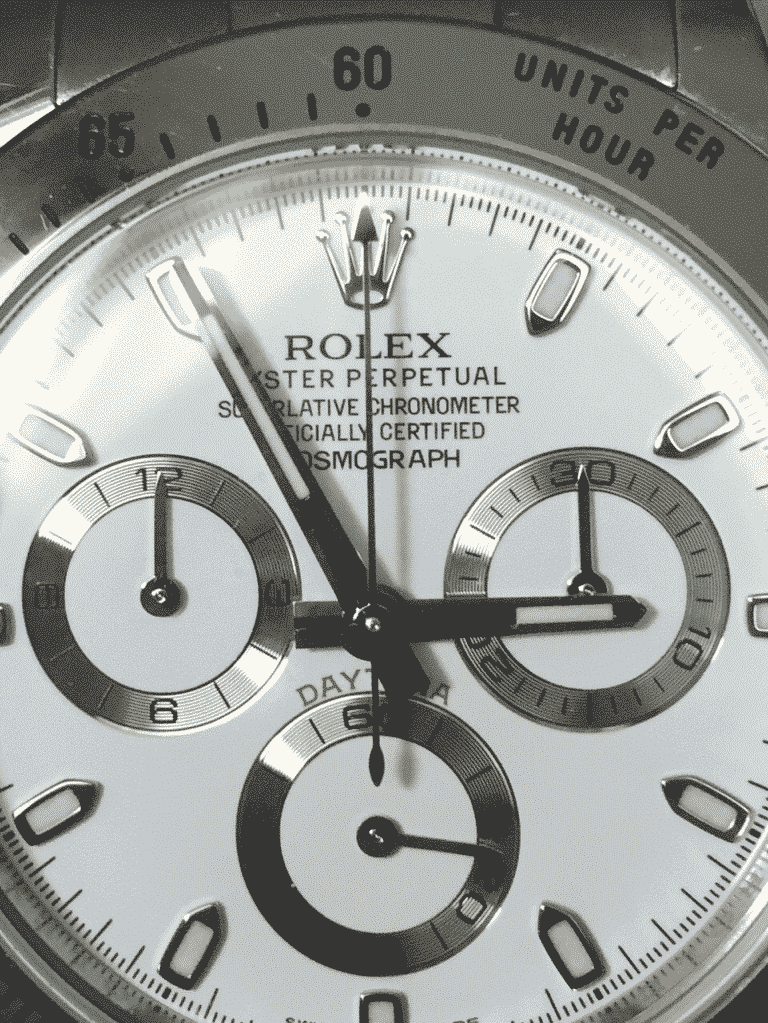 The stainless steel Daytona reference 116520 has coined the nickname “APH dial “due to a gap in the word COSMOGR APH – and is now deemed very collectable, with a limited number produced over just a few years.

It’s not easy being green but it was the first time the brand has used their colour, with its obvious connotations of wealth and cash, on a watch.

Rolex launched the LV, standing for Lunette Verte or green bezel and hence the nicknames followed shortly after – Kermit from those who loved it as much as the frog himself and ‘The Vomit Sub’ from non-admirers!

The earliest batches of the reference 16610LV display a slightly lighter-coloured green insert with a specific font to the ‘40’ marking, namely the ‘Flat Four’.

The timepiece was only in production for around seven years and its value appreciated at a much higher rate than similar models, supposedly due to its individuality, nickname and anniversary status. 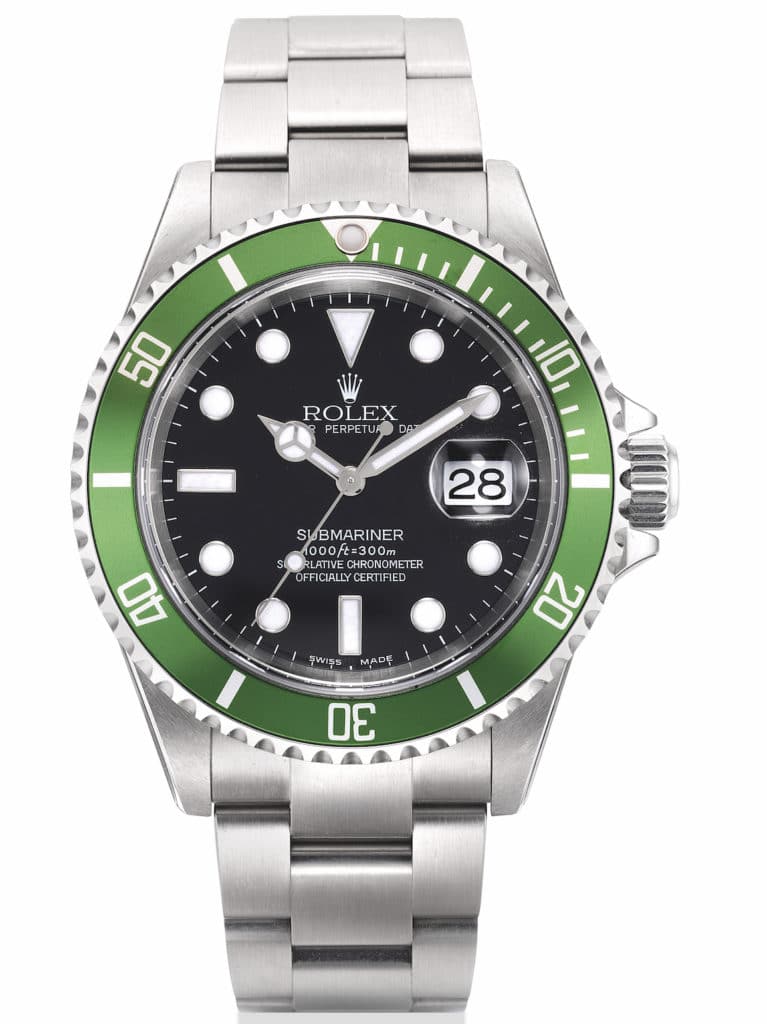 During the 1980s, Rolex went through a transitional period which saw experiments with new materials to create timepieces. The brand attempted to make minor changes to make its watches more desirable. 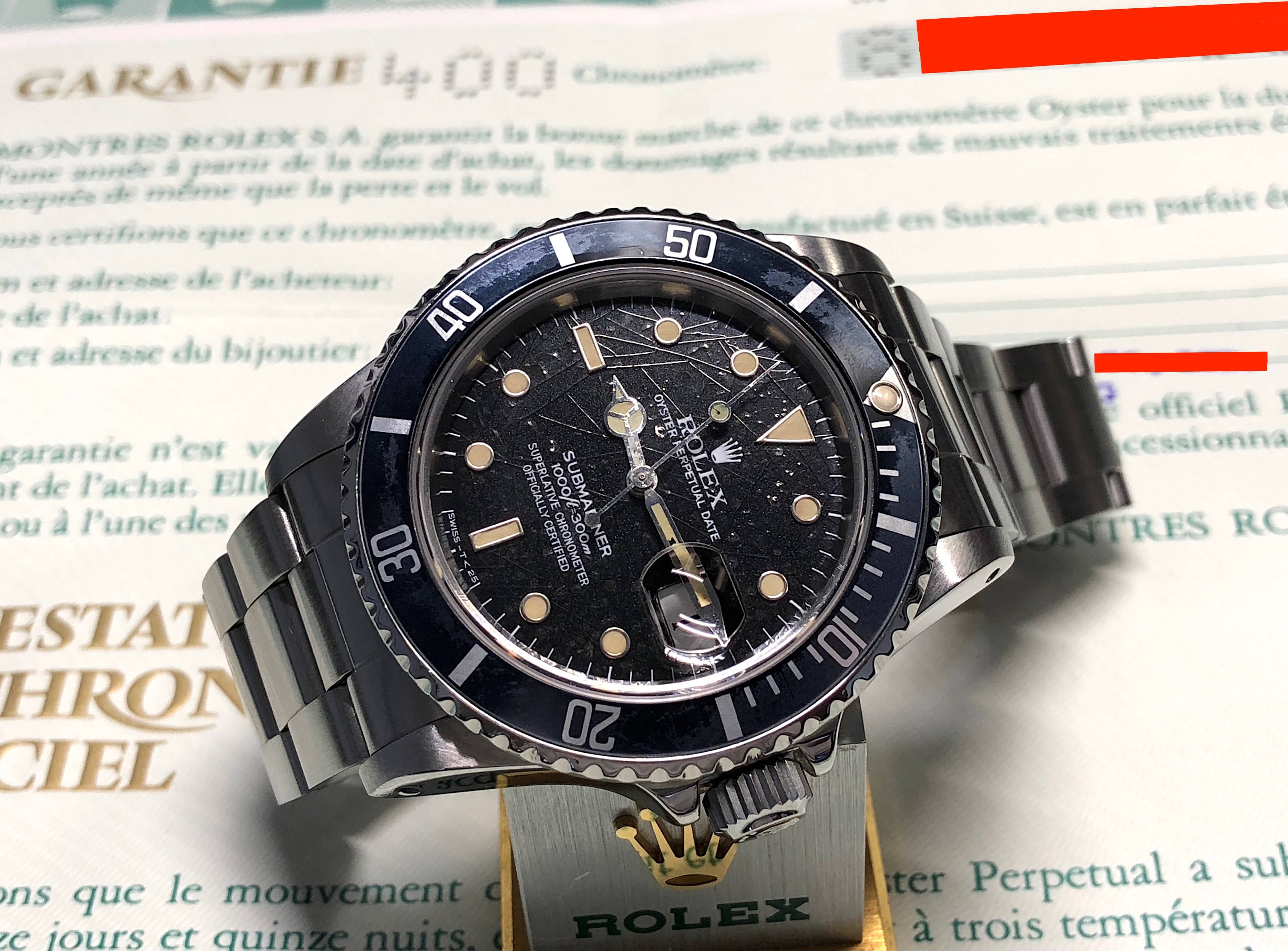 One such change was a switch from matte to gloss dials in the sports models. But Rolex hadn’t perfected the lacquer finish that would be applied to the black dial and this created an unusual cracking surface, which became know as the ‘spider dial’.

For a few decades, Rolex applied a sun-protective chemical finish to its black dials. But instead of preventing fading, that coating accelerated discoloration resulting in many dials turning varying degrees of chocolate brown, depending on the amount of sun the wearer got!

While some collectors took them in for service, there are few that remain untouched and considered rather rare today – and also valuable! Some Omega watches also had this quality.

Of course, when it comes to value appreciation there is never any guarantee, however the last few decades have shown that price trends have only increased. We can say with some certainty, that purchasing a Rolex, even one with minor ‘flaws;’ is always a sound investment, due to its robust and durable nature.

If you’d like to buy or sell a rare watch, our experts are here to help, so contact us today!

Servicing your watch: Why it’s important

Time is ticking: A guide to finding the perfect watch