The Watches Of The Masters Tournament: Golf's Finest Timepieces On Show | Luxe Watches

The Watches Of The Masters Tournament: Golf’s Finest Timepieces On Show

This weekend we saw the conclusion of one of the highlight tournaments of the annual golfing calendar – The Masters. Set in the lush lawns of Augusta National Golf Club, in Georgia, this year saw a fascinating duel between two titans of the golf world, Sergio Garcia and Justin Rose. The finale of the tournament was taking to sudden death, where the Spaniard pipped the Englishman to the coveted green jacket.

The sport of golf and the luxury watch industry have held a close partnership for a very long time. Luxury watch brands sponsor major tournaments and many top golfers are brand ambassadors. Here at Luxe Watches, we followed the action and decided to write a blog on Golf’s finest timepieces at The Masters.

This years winner of The Masters donned a Omega Seamaster Planet Ocean “Deep Black” as he received the prestigious green jacket and cool $1.9 million prize. Garcia, who has been an Omega ambassador since 2003, only sported the watch whilst receiving his prize, and not during live play. The “Deep Black Collection” debuted in June 2016, and features four new all ceramic GMT Divers watches, with a rubber/ceramic blend bezel. 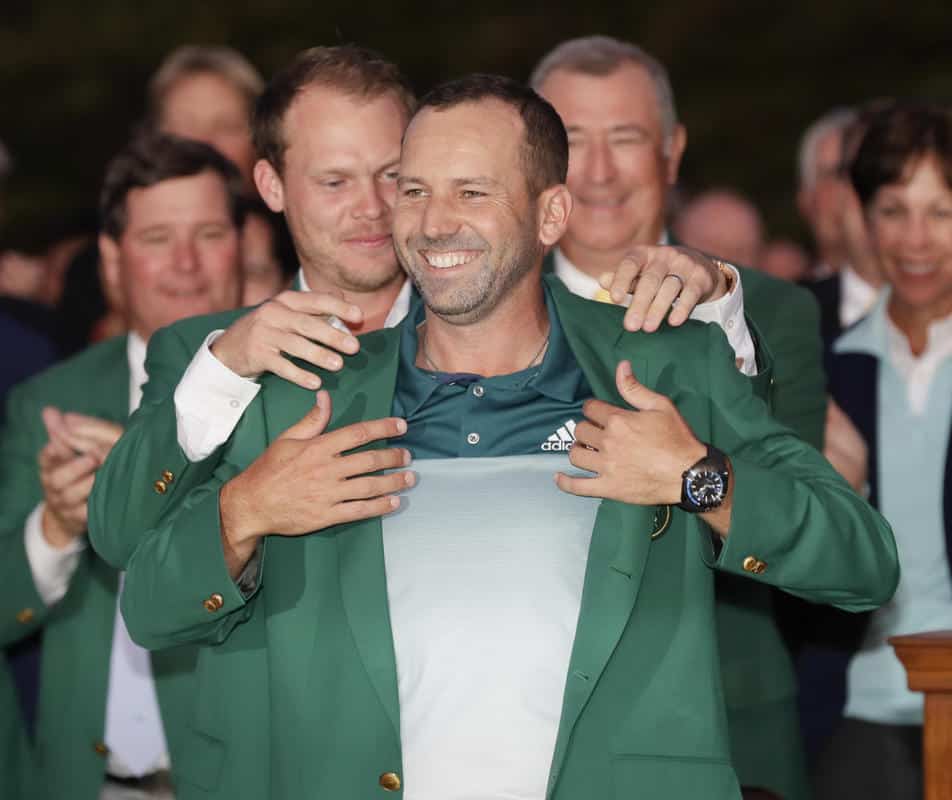 This years runner-up, Justin Rose, is no stranger to watches. As an official brand ambassador to Hublot (joining in 2015), he is often seen sporting the latest Hublot model available. Like Sergio Garcia, Justin Rose avoids wearing a watch during play, and so we didn’t get a chance to see what watch the golfer was going to wear, however, he often sports a Hublot Big Bang Unico model in white ceramic. 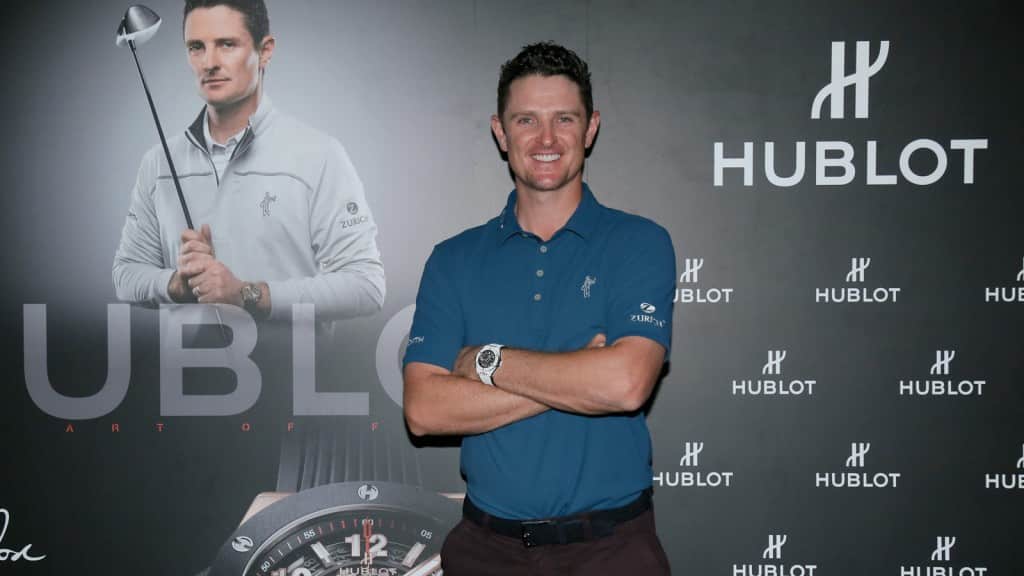 Unfortunately this years Masters tournament was one to forget for Rory, however, he was still an ever present figure at the tournament, playing some memorable shots throughout his game. Rory McIlroy is another Omega ambassador, and is often rumoured to fan of the Omega Speedmaster collection. 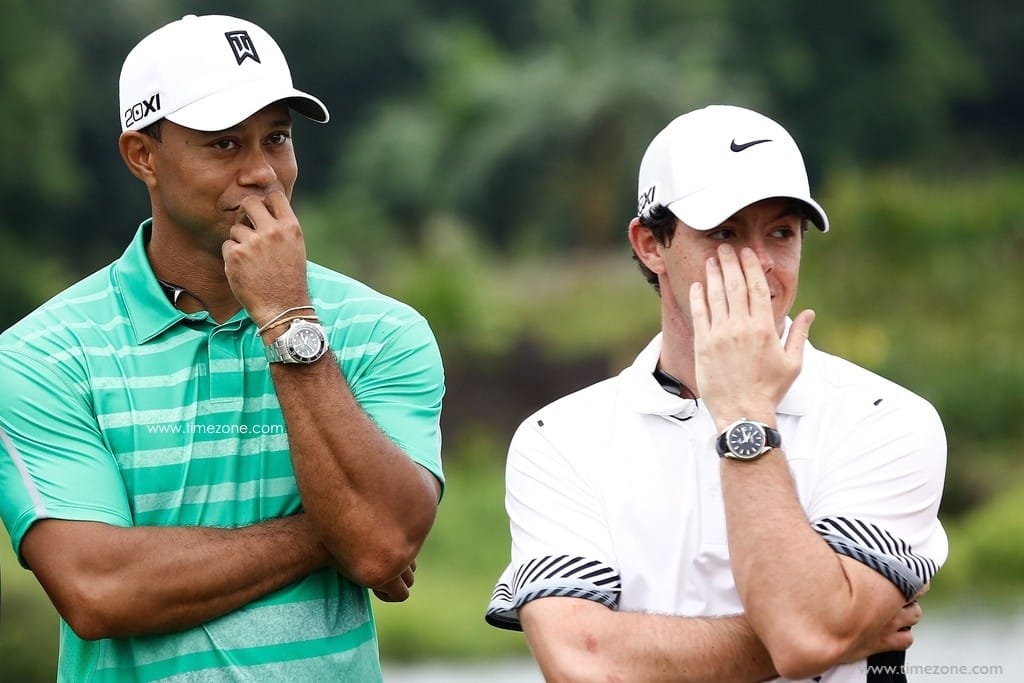 The young Rickie Fowler has gone through the PGA ranks to become one of the finest golfers on his generation. At just 23, Fowler is expected to be the face of the entire sport, and is a key member of the US Ryder Cup team. Fowler is a brand ambassador for Rolex and is a true fan of the Swiss manufacture. On his social media page, Fowler flaunts a wicked Rolex collection with the likes of Rolex Daytona, Submariner and Milgauss present. 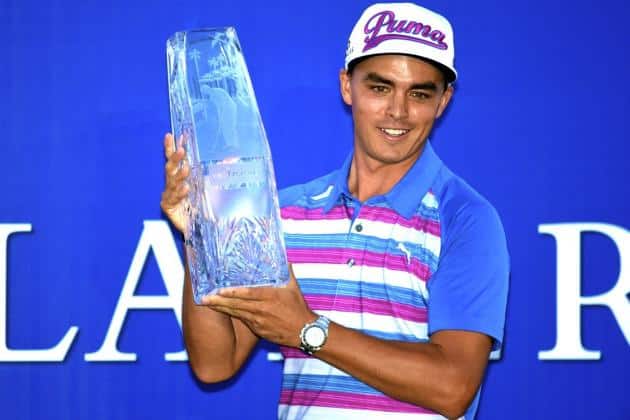 When Jordan Spieth won the 2015 Masters, he became the second youngest champion to win the tournament, at the ripe old age of 21. As a Rolex ambassador, Spieth chose to sport the Rolex Explorer II with a white dial at his own green jacket ceremony, and sported a Rolex Daytona at the jacket ceremony giving the award to Masters champion Danny Willett in 2016. 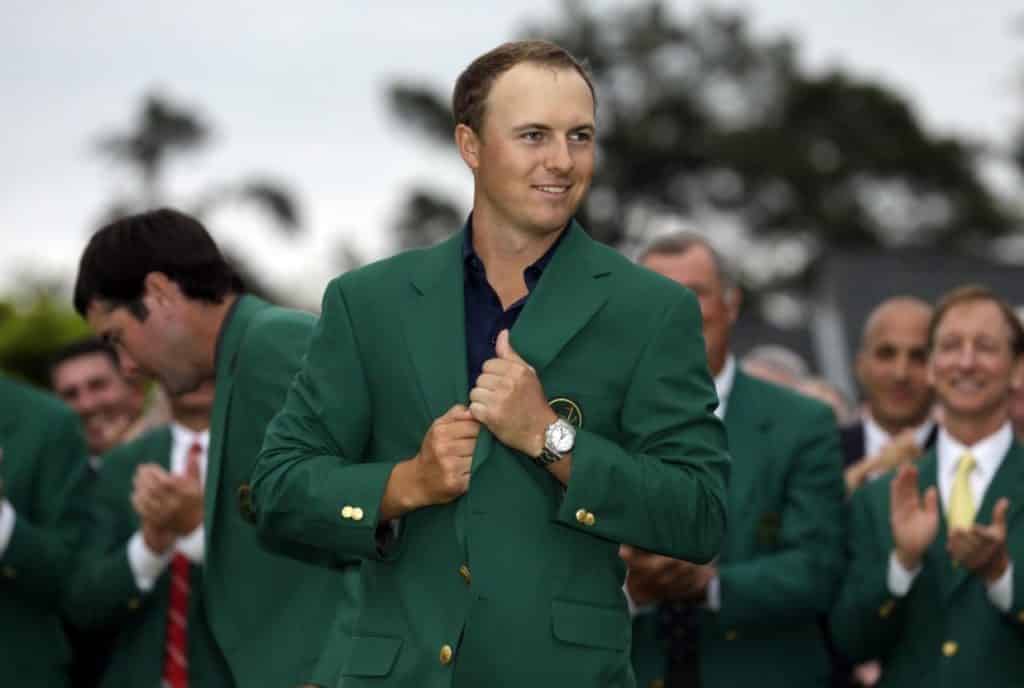 Adam Scott made history when he became the first Australian Master winner back in 2013. Whilst receiving the prestigious green jacket, he then showed off his stainless steel Rolex DeepSea Sea-Dweller on his wrist in true style. The win undoubtedly raised his public profile to new heights, and strengthened his ambassadorship with Rolex. 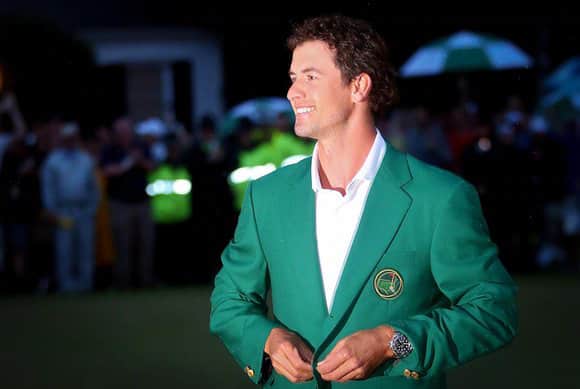 Danny Willett surprised the golfing world in 2016 with a Masters win, pipping Jordan Spieth to two successive Masters wins in a row. In the year since, Willett has failed to really live up to the expectation after this great win, although Willett is considered to be the future of golf. This years Masters saw Danny Willett not make the cut, making it a very disappointing tournament for him and his fans. Willett is a brand ambassador for Audemars Piguet and sported the Audemars Piguet Royal Oak Offshore Black Ceramic during his green jacket. 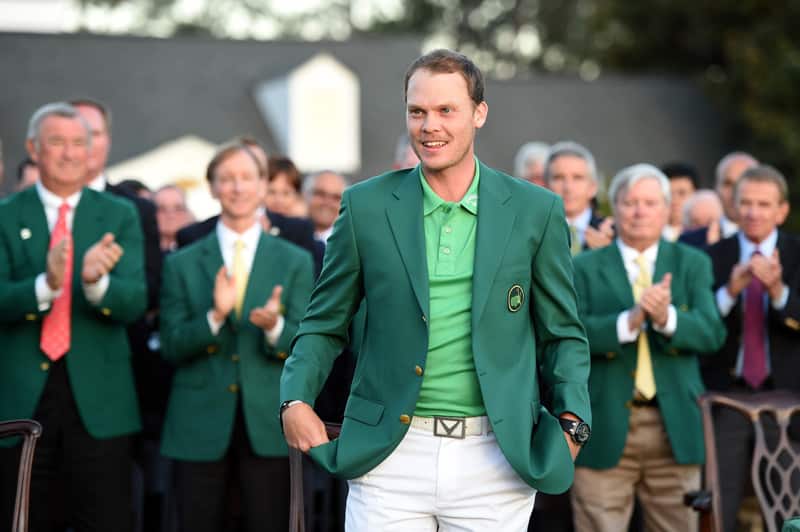 Rolex at Baselworld 2017: A Look At The New Releases Including The Stainless Steel Sky-Dweller And The All New Daytona