Vacheron Constantin Reference 57260: The Most Complicated Watch Ever Made

To celebrate 260 years of its watchmaking history, Vacheron Constantin have revealed a new watch they'll be creating - the Vacheron Constantin Reference 57260 pocket watch. A Watch that, according to the brand, is the most complicated watch ever made. The watch took eight years of research, development, prototyping, manufacturing and assembly to be conceived, all performed in house at Vecheron Constantin's Atelier Cabinotiers haute horologe workshop. The Reference 57260 will leapfrog the Patek Philippe caliber 89 (with its 33 complications and 1,728 components) to take the title of most complex mechanical time-piece ever created. Overall, the full list of complications featured on this watch is a huge 57 (see full list at the end of this article) and contains a whopping 2,800 components. Despite this, it must be said that there is no definition of what a 'complication' actually is. In theory, anything further than simple timekeeping functions such as hours, minutes and seconds can be considered a complication. The watch is also Hallmark of Geneva certified, meaning it was assembled, timed, and cased in geneva and has gone through (and passed) rigorous criteria in regards to production, workmanship and accuracy. The reference number derives from the number of complications - 57 - and the number of years the company has been around - 260. 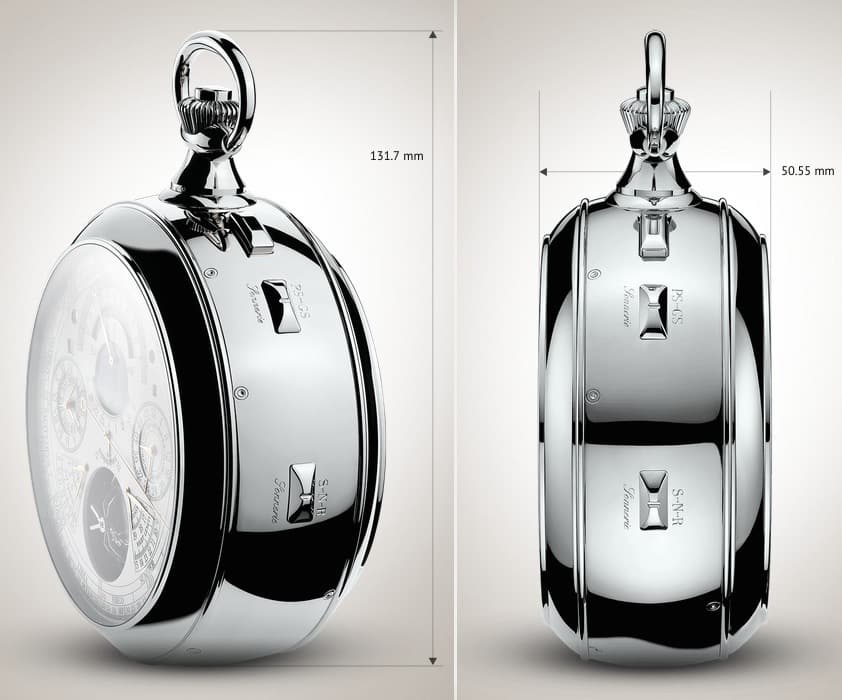 To think all 57 of these complications would fit on just one dial, however, would be naïve at best. The front and back dials of the Reference 57260 rise to the challenge of displaying the sheer complexity of the watch that makes it easy to read. The movement (76mm x 31mm) is squeezed into a white gold case that measures at 98mm in diameter, 131.7mm tall and 50.55mm thick - a pocket watch that I doubt would fit in your pocket both easily or comfortably. 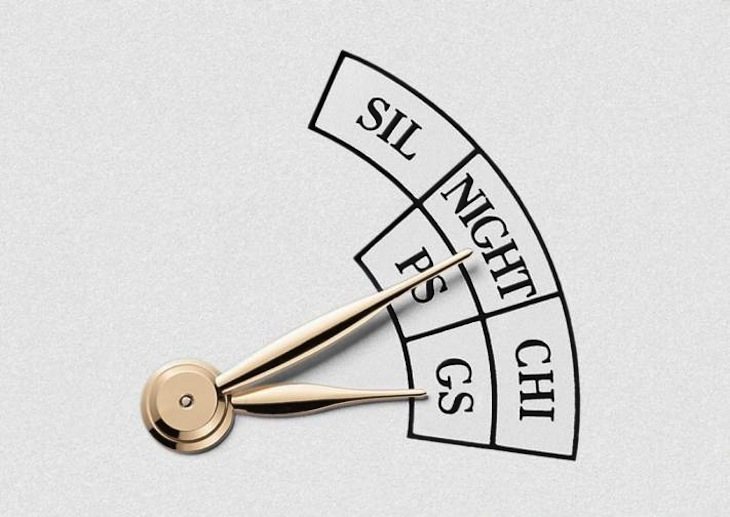 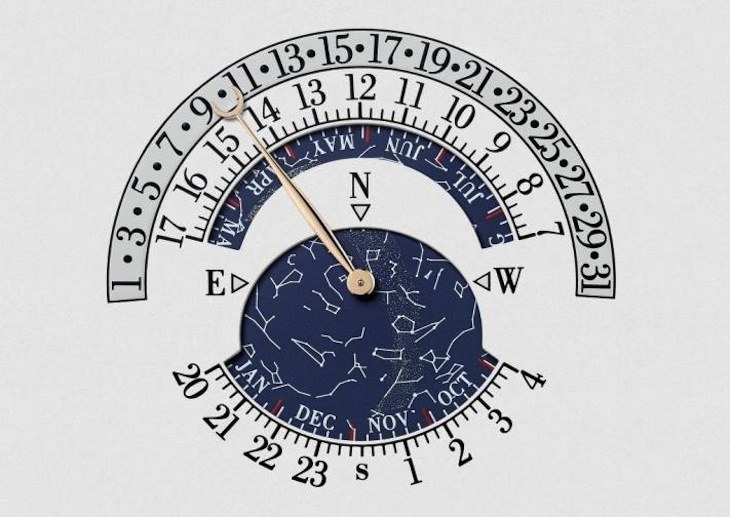 Complexity The front of this watch is the side with the Gold Roman numerals displayed at the top. The hours and minutes are indicated with the wide, curvy blue regulatory-style hands, meaning the hours and minutes are on a separate axis. On the back, the three-axis tourbillon - featuring a special spherical balance spring and escapement - is the first thing that jumps out at you. The small gold hands show a second time zone, and there's also a world-time indicator and day/night indicator to show you whether the world time zone is showing A.M or P.M. 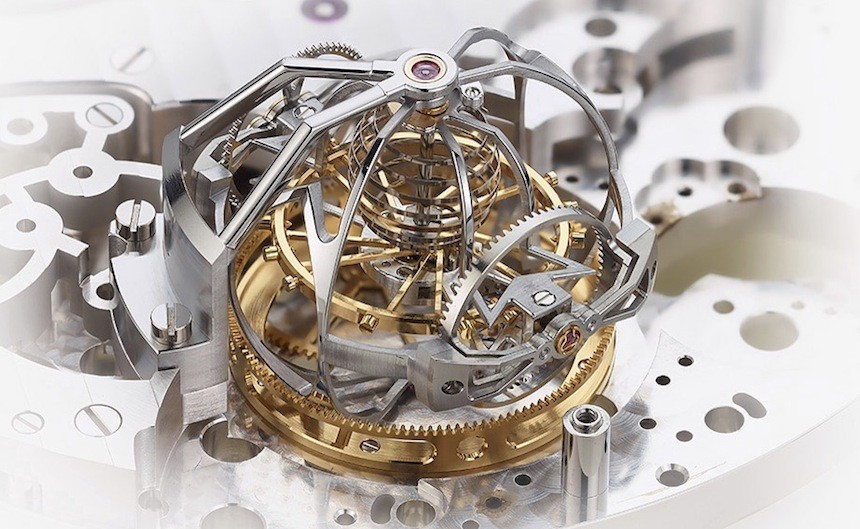 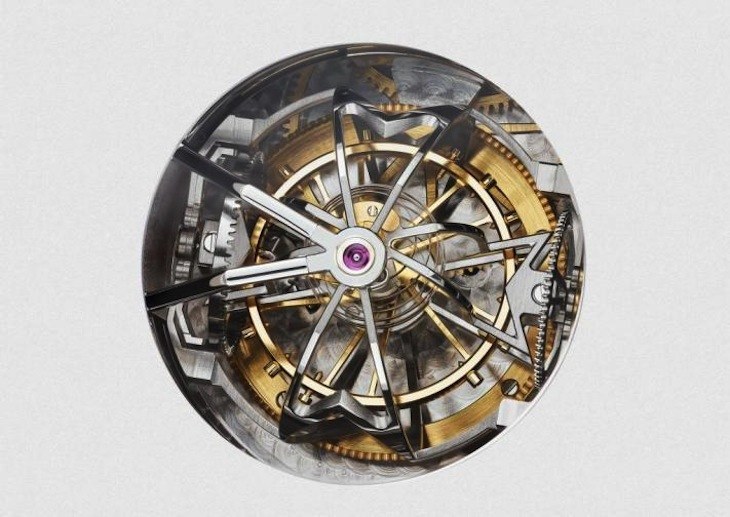 The extremely heavy pocket watch boasts a whopping three full calendar systems. The first of which is a standard Gregorian perpetual calendar which shows the date with a retrograde hand, day of the week, month and year in the leap year cycle. There are also indicators for the numbers of the day of the week and number of the week in the yearn accordance with ISO 8601 standard calendar. The second calendar is a Hebrew perpetual calendar. This shows the name of the day, name of the month, date, secular calendar, year, whether the year has 12 or 13 months, where in the 19 year-lunar cycle that year is, and the date of Yom Kippur (Jewish holy day) all in Hebrew.  The third and final calendar is an astronomical calendar, which shows the phases and age of the moon, a hand that tracks the movement through the Zodiac along with the equinoxes and solstices, a rotating sky chart, and hands showing both hours and minutes for sidereal time. Sidereal time tracks the earth in relation to the stars instead of in relation to the sun, and is a function that is mainly used by astronomers. The watch can also tell you what time the sun will rise and what time it'll set in the watch owner's city, as well as the length of each day and night. 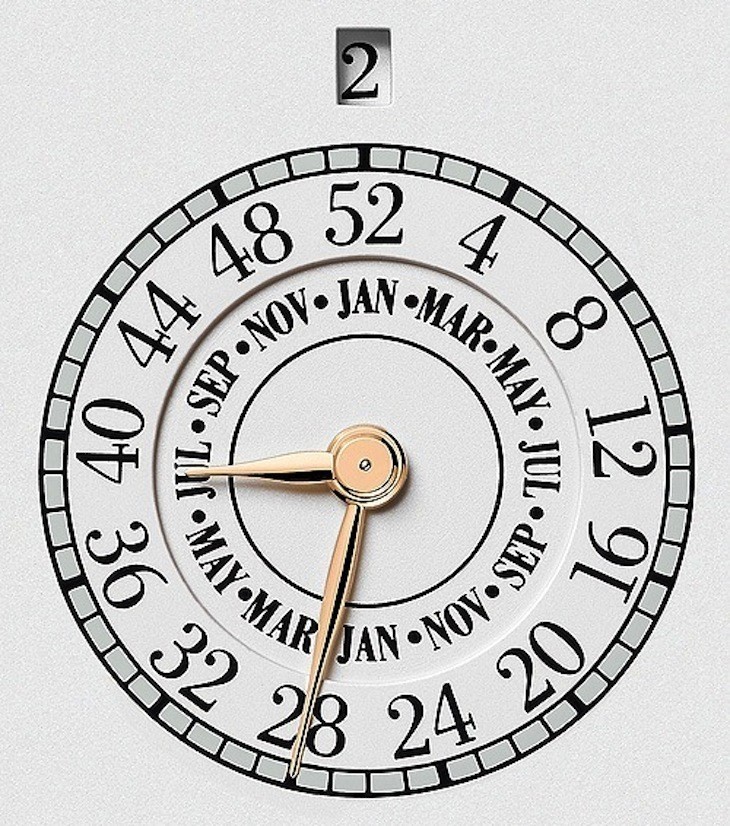 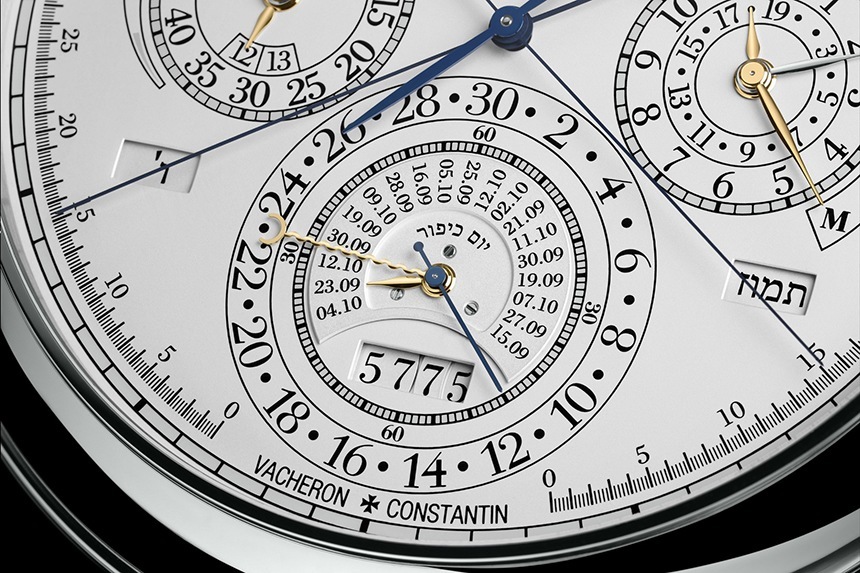 As you'd expect, there is a chronograph function. It's not just any old chronograph though, it is a one of a kind. It's a split-seconds chronograph that uses two hands accurate to one-fifth of a second. There is also a 60-minute counter and a 12-hour counter with a column wheel in case you need to time a longer period. These also sit on the front of the watch. To complete the grand complication triangle (of calendar, chronograph and chiming), Vacheron Constantin added both alarm and time-striking features. There's a single gong and hammer alarm with a strike/silence indicator, a power-reserve indicator that is specific to the alarm, a system to keep the power from being overwound, and the option to have the alarm sound the time with the grande or petite sonnerie. 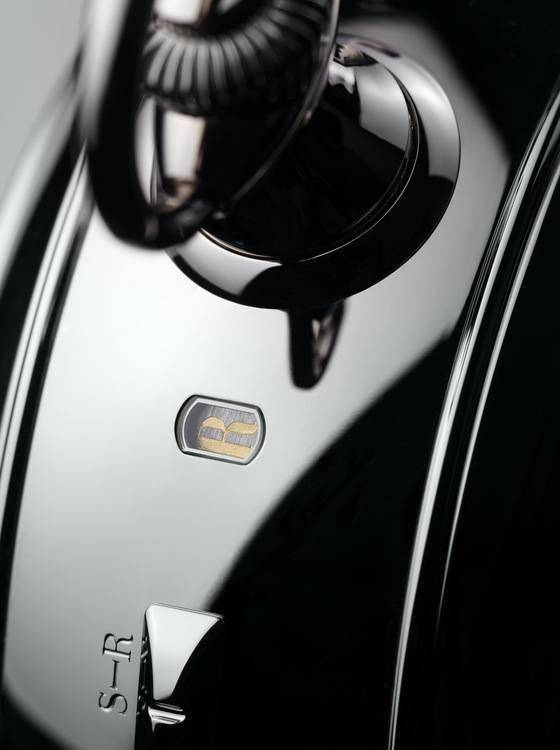 Another special quirk added into this watch was the chance to strike out the time on demand with a carillon system, which emulates the Westminster Cathedral bells using a five-gong and five-hammer system. A silencing feature was added (by request) to have a night silencing feature that keeps the sonnerie from chiming between 10 P.M and 8 A.M, and as you guessed, there are two separate indictors that let you select between the chiming mode and silencing feature. The alarm is also linked to the carillon system, so you have the option to use the Westminster Cathedral bells to wake you up. This feature has its own indicator, too. Finally, there's a power-reserve system for the main timekeeping system, a special winding system to let you power everything, an indicator to show you what the crown is actually powering, a multi position setting system to aligning the hands, and a concealed winding crown just for the alarm. Confused yet? Here's a full list of complications/features: (List courtesy of aBlogtoWatch.com) 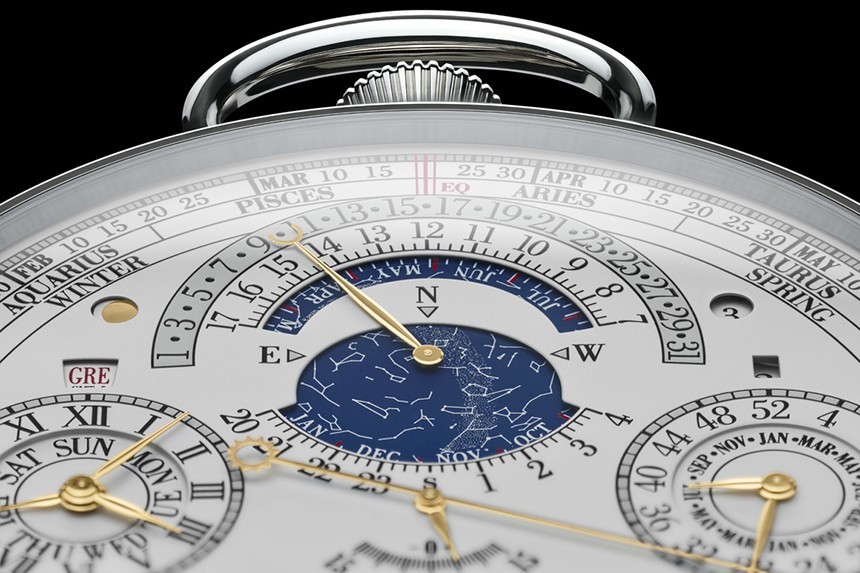 Vacheron Constantin have declined to give a specific price on this new horological king; the privacy request of the anonymous client who commissioned the watch. The fact that this watch took 8 years to create, combined with the sheer complex watchmaking exhibited means the Reference 57260 will not be cheap - my estimate being somewhere in the mid seven figure range (£5,000,000).