Audemars Piguet has continuously amazed the world with its watch making skills and iconic artistry, and this year, the popular watch brand has a lot to celebrate. Not only did their newest models receive an incredible reception at this years’ SIHH, but one of their most popular models, the Royal Oak Offshore, is also celebrating its 25th anniversary. To commemorate such an occasion we decided to focus on some of Audemars Piguet’s more special and unique watches… feast your eyes on our spectacular Audemars Piguet Offshore limited edition collection!

In 2012 Audemars Piguet developed a selection of bespoke Royal Oak Offshores in rose gold, titanium and platinum variations, to commemorate the incredible career of German Formula 1 driver, Michael Schumacher. The particular model we currently have in stock is housed in a 44mm 18ct rose gold case. The limited edition wristwatch contains features unique to the Schumacher range, including the seven red and blue coloured stars between 12 and 1 o’clock (representing Schumacher’s world championship titles), red sub dial hands, seconds hand and date indicator , and finally a red filling on the crown’s tip (a nod to his former racing sponsor, Ferrari). Schumacher’s signature can also be seen sketched into the watches movement. This piece is limited to just 500 pieces. 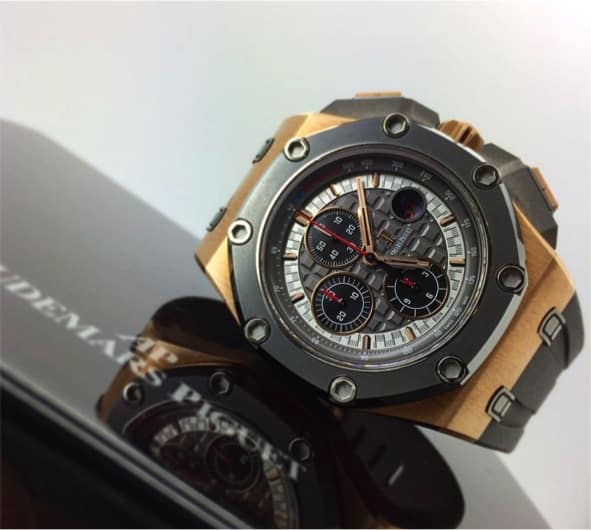 This stunning limited edition divers watch was commissioned to celebrate the 16th anniversary of the annual Audemars Piguet Queen Elizabeth II Cup in Honk Kong, a horse racing competition that was set up to honour the royal’s visit in 1975. The QEII Cup edition features a 42mm tantalum case and 18ct rose gold fixed bezel with rose gold lugs, pusher and crown. The relatively simple grey dial contains rose gold applied hour markers, the iconic Royal Oak hands with luminescent coating, a rotating inner bezel with a diving scale, and a date indicator located at 3 o’clock. The sporty watch is then finished off with a grey rubber strap. This particular watch is limited to only 150 pieces. 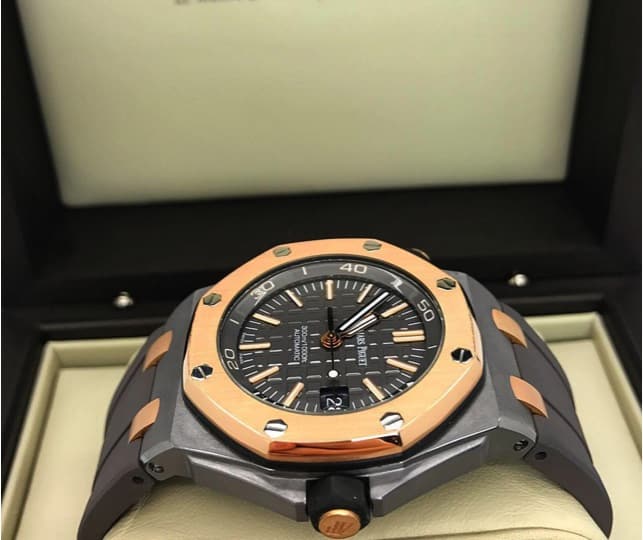 Another successful sportsman who has had a watch created specifically for them is the Columbian race driver, Juan Pablo Montoya. It’s safe to say that the watchmakers at Audemars Piguet have worked with their fair share of Formula 1 drivers! However out of all the racing limited edition pieces, the Montoya is certainly the most sought after.

The Montoya edition is available in two metals, 18ct rose gold and titanium. As with all limited edition pieces, the watch has been specially designed to feature personalised elements inspired by the career and life of the Columbian. On the titanium model, the hands of the sub dials have been coated with the colours of the Colombian flag, and the center of the Grand Tapisserie dial has been morphed into a curve (some say like the curve of a finishing line flag). The 44mm chunky case features a carbon fibre bezel and three subdials with a digital font, further adding to the sporty appeal of this stylish watch. Only 500 pieces of the rose Montoya were ever made. 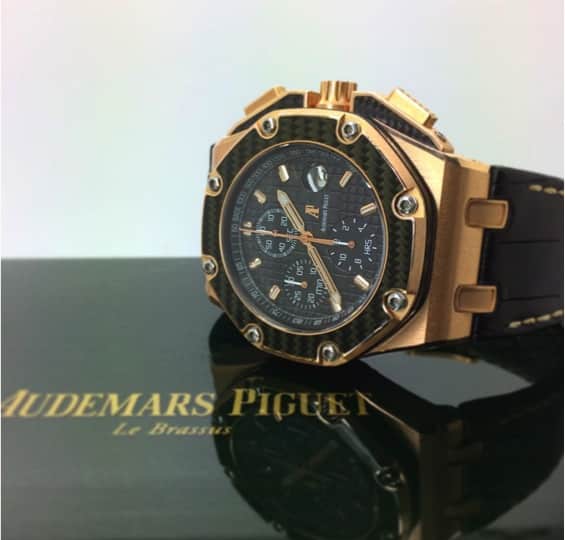 The third limited edition motor racing inspired timepiece in this list was created to celebrate the achievements of Rubens Barrichello, who throughout his career, scored 11 Grand Prix wins. The red stitching on the black leather strap and bold red dial pays respect to the drivers sponsor, Ferrari, whose logo contains the iconic red background. The wristwatch features a tachymeter scale around the outer dial and three sub dials with chronograph functions. As with every limited edition watch, the Barrichello contains a feature unique to the individuals career. In this case, the engraving of the number '257' on the watches' caseback honours the record number of Grand Prix races Barrichello has participated in. Audemars Piguet decided to highlight this special number once again by producing only 257 Barrichello watches! 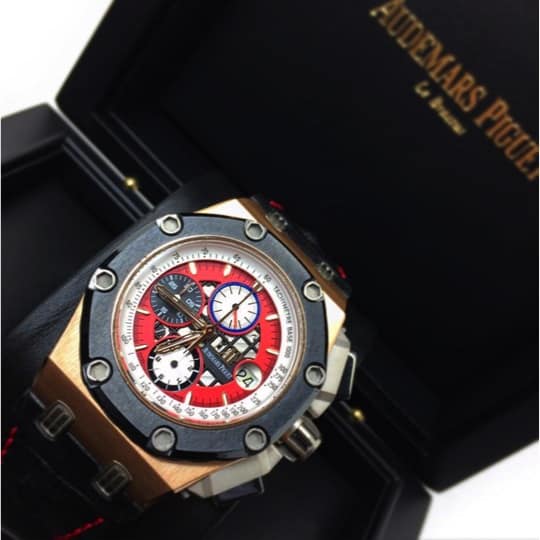 There are far more limited edition Audemars Piguet pieces out there, but for now, enjoy the stunning sporty Offshore editions above! View our Audemars Piguet collection here.
Back to blog