'Only Watch' is a biennial event that will be taking place on 7th November, for only the 6th time. The event is a charity auction that presents a collection of 44 one-off pieces from brands such as Hublot, Patek Philippe, Richard Mille and many more fine watchmakers. The auction will take place in Geneva, and is organized by 'Association Monégasque contre les myopathies' (Monaco association against Muscular Dystrophy), 'The Monaco Yacht Show' and 'Phillips Auction House'. Most importantly, however, is the fact that all luxury watches are donated in aid of Duchenne Muscular Dystrophy research. The concept, or aim, of ‘Only Watch’ is for watchmakers (or brands) to create a truly amazing one-of-a-kind item. It allows watchmakers to be adventurous, whilst encouraging innovation to strive for the best possible outcome. The event attracts worldwide media coverage so is an important stage for fine watchmakers to exhibit their skills. For a month and a half before the auction, the ‘2015 Only Watch World Tour’ will take place in 6 high profile destinations: Monaco, Hong Kong, Beijing, New York, London and Geneva. This will create many great exhibitions and potentially wet the appetite for potential buyers. Our top picks are: 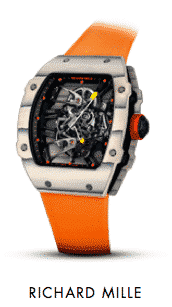 At first many may think this an ordinary RM 027 Nadal (I say ordinary - it's an exceptional piece). It's only until you realise that Richard Mille have donated the actual piece he has been wearing on the court that you understand how valuable this watch is. There has been no clarification to whether the strap has been changed, or it's the same sweat-laden one Rafa used. Either way, this is a huge collector's item. 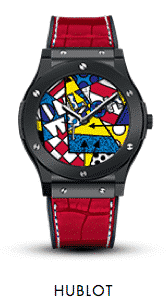 This piece was based upon a design from Brazilian artist Romero Britto, which was hand enameled in Switzerland to create the dial. With such a creative and unique design, it'll surely be one of the most sought after pieces at the auction. 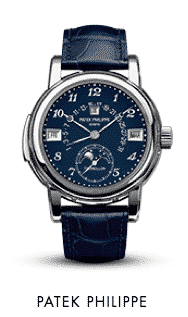 3. Patek Philippe 5016A-010 This is the first, and only ever, 5016 model to be made in steel with a blue dial and strap to match. It includes 3 complications; Tourbillon, minute repeater and perpetual calendar. Patek produced the 5016 from 1993 to 2011 and has revived it just for 'Only Watch'. This should be enough to fit into any collection. 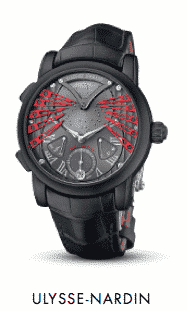 4. Ulysse Nardin Only Watch Stranger The 'Stranger' is an amazing looking watch, but its magnificence is more about what the watch can do. This unique watch can play the song "We Are The Champions" from rock band "Queen", with the red and black colour combination adds to the rock appeal. 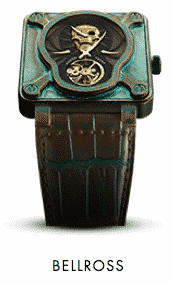 5. Bell & Ross BR-1 Skull Bronze Tourbillon Usually, I wouldn't be a fan of a watch that contains a skull-and-crossbones, however this caught my eye as soon as I saw the full collection. There is something romantic about this piece, as if it were a treasure found amongst a sunken shipwreck. The Tourbillon feature rounds this timepiece of well.

6. Blancpain Villeret Calendrier Chinois Traditionnel Blancpain has stood side by side with the 'Association Monégasque contre les myopathies' (Monaco association against Muscular Dystrophy) for many years, and they aren't taking a step back here. They are donating a magnificent, unique version of the Villeret Traditional Chinese Calendar, an exclusive complication created by Blancpain. Upon the black dial, the hours, minutes and Gregorian calendar meet with the main indicators of the Chinese calendar: traditional double hour indicator, day, month with indication of leap months, signs of the zodiac, as well as the 5 elements called the 10 celestial stams. 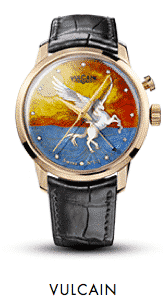 7. Vulcain 50s Presidents' Cloisonne Grand Feu Only Watch Pegasus The Pegasus is one of the best known mythological creatures from Greek Mythology which symbols wisdom and knowledge, which Vulcain have hard-fired into the dial of this unique watch to celebrate their watchmaking expertise. The Pegasus is depicted upon a backdrop against guilloché-style water and a fiery sky. Vulcain have used the same automatic alarm movement that powers their simpler middle-century cricket watches.

8. Hermès In The Pocket Similar to many limited edition watches, "In The Pocket" has an interesting back-story that Hermès are keen to publicise. "It all began in 1912, when Jacqueline Hermès, still a child at the time, received a gift from her father in the shape of an ingenious “porte-oignon” or pocket-watch holder designed to be secured to the wrist. It had been designed so that the keen young horsewoman could ride without having to attach her watch to her clothing or slip it into her pocket." - Hermès. The special watch comes with a red leather strap and a fob to hold the rose-gold and black face watch. 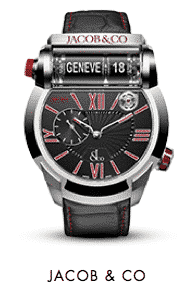 9. Jacob & Co Epic SF24 Despite every other watch in this category pushing the boundaries of innovation and garish design, this may have won the title for the 'weird and wonderful'. Underneath the brand logo is a flip-board mechanism called a GMT complication, which the winner will be able to customise to his/her home city. 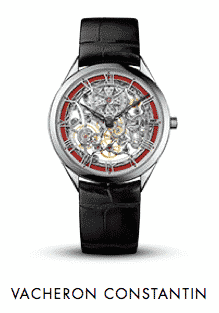 10. Vacheron Constantin Métier d'Art Méchaniques Ajourées Vacheron are renowned for their brilliance when it comes to ornate skeleton pieces. They leave a lot to be observed with this timepiece, leaving no spare room or metal on the visible movement. At 3 o'clock they have added an "Only Watch" cutout which makes this piece even more special, as well as the red enamel ring around the dial.   See the full collection here.