Do You Have Any Skeletons In Your Closet? The Best Skull Watches On The Market Today | Luxe Watches

Do You Have Any Skeletons In Your Closet? The Best Skull Watches On The Market Today

Skull watches – you may either love them or hate, but for sure they are here to stay. Skulls have been long considered an iconic image fashion and art, and have managed to make a statement in the most luxurious and elusive industry in the world – the watch industry. These days, a watch is a lot more than an instrument to tell the time. They are more fashion statements where looks are everything and a badass skull watch is likely to raise a few eyebrows and turn a few heads.

Lucky for us, watches with skulls are just as popular as you think, and here is just a taste of what’s good on the market today: 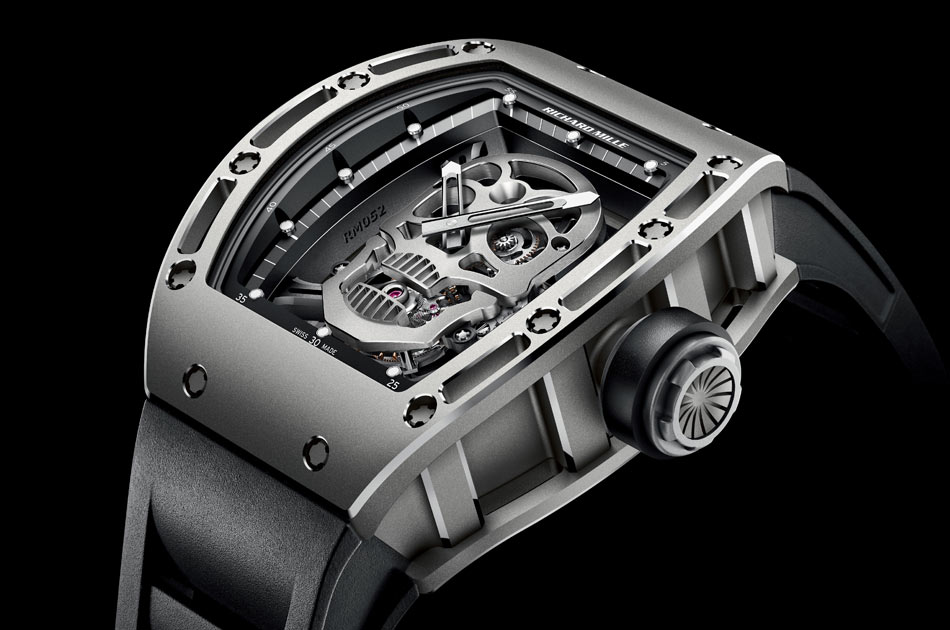 Any of you that know us know that we hold Richard Mille in very high regard. In that respect, it would be scandalous to leave out such a watch from this list. As the most expensive watch on this list, and many lists you can think of, this RM 052 is truly a statement piece in every sense of the word. The watch has everything going for it – looks that gives you chills, an eye-watering price tag and limited to a ridiculously low number of watches. It certainly is a contender for the coolest looking watch ever made. 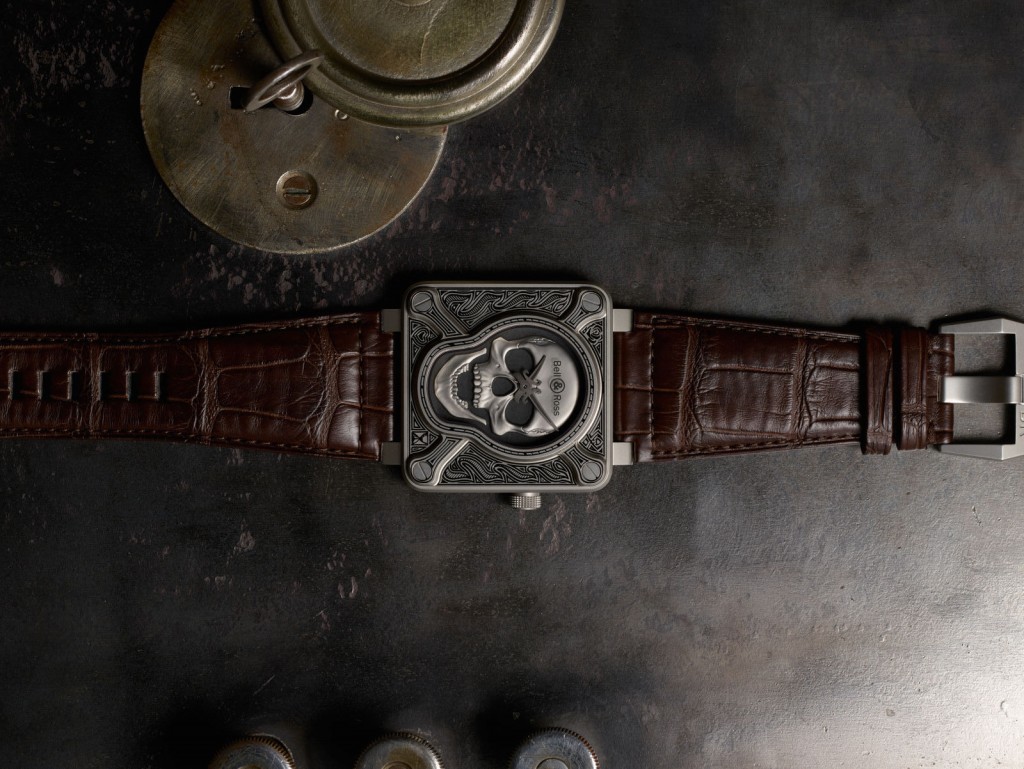 Those that don’t know about Bell & Ross, need to know. This reliable watch manufacture normal produce timepieces that are inspired by aviation and marine time instruments. In this instance, Bell & Ross certainly did get the memo to produce a skull timepiece that is the definition of cool. The BR01 Burning Skull is available in steel, rose gold, or a diamond PVD finish and even includes a floating tourbillon version, in case that floats your boat. Despite not have the same je ne said quoi as Richard Mille, the Bell & Ross BR01 Burning Skull certainly has the potential to become a real collectors piece. 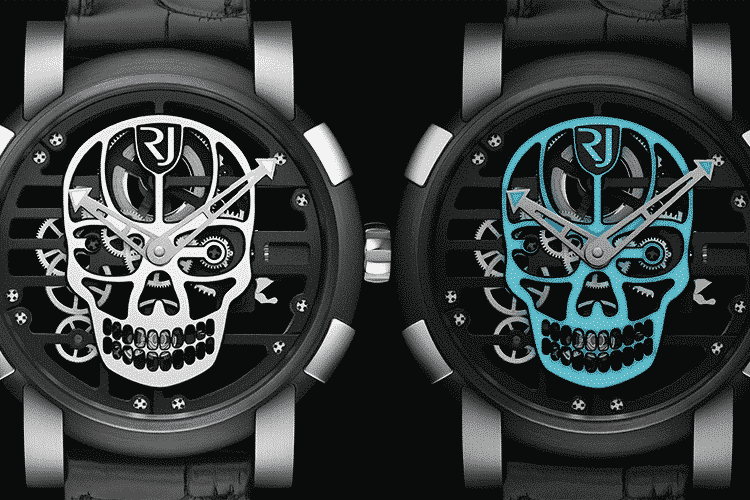 Romain Jerome are a true Swiss watch manufacture dedicated to making watches for today’s fashion tastes. It’s difficult to choose a single watch from the Romain Jerome collection, as they seem obsessed by skulls, but this particular watch – the H9C Speed Metal – just looks like too cool for school. The H9C was made in collaboration with HardNine Choppers, a Swiss based custom motorbike manufacturer, and undoubted looks right for anyone that is seen on a Harley Davidson or Chopper. Don’t be fooled though, this watch looks great with a classy suit too. 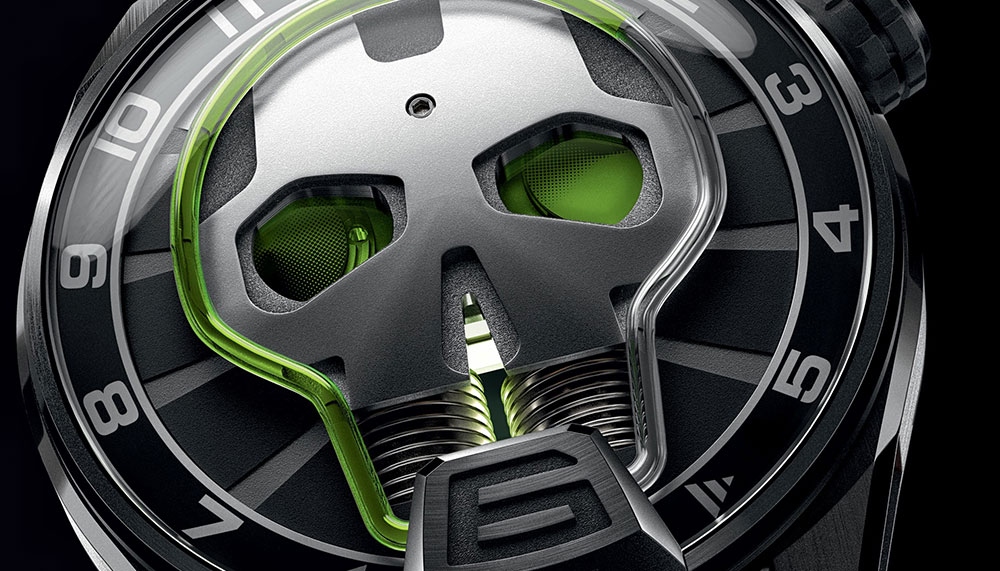 HYT are the future. The Swiss watch manufacture are more of a futuristic science project then a producer of timepieces. Look at the Skull variation watches for example. They don’t actually tell the time properly. Well, instead of the conventional time display, this watch display tubes of green/red liquid flowing through tubes around the dial. The eyes on the dial turn green/red – giving an indication of the power reserve and seconds. Given the true uniqueness of this watch, it’s not surprising that the watch is valued at a chilling $90,000 – but I guess that’s the price you pay for something out of a Sci-Fi movie! 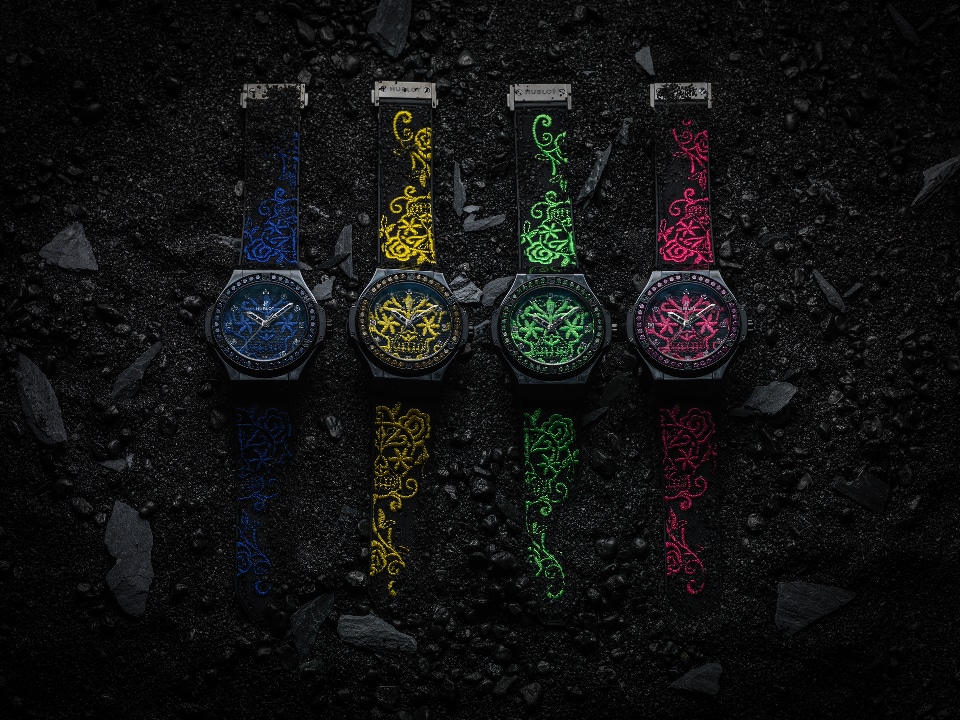 Hublot are known for bringing out watches that are catered for the younger generations and as such would only be natural for the Swiss brand to release a range of embroidery skull watches inspired by the Day Of The Dead festival. These watches come in array of colours and although not everyones cup of tea they are guaranteed to brighten up any watch collection and add something different then the usual Big Bang pieces available at Hublot. 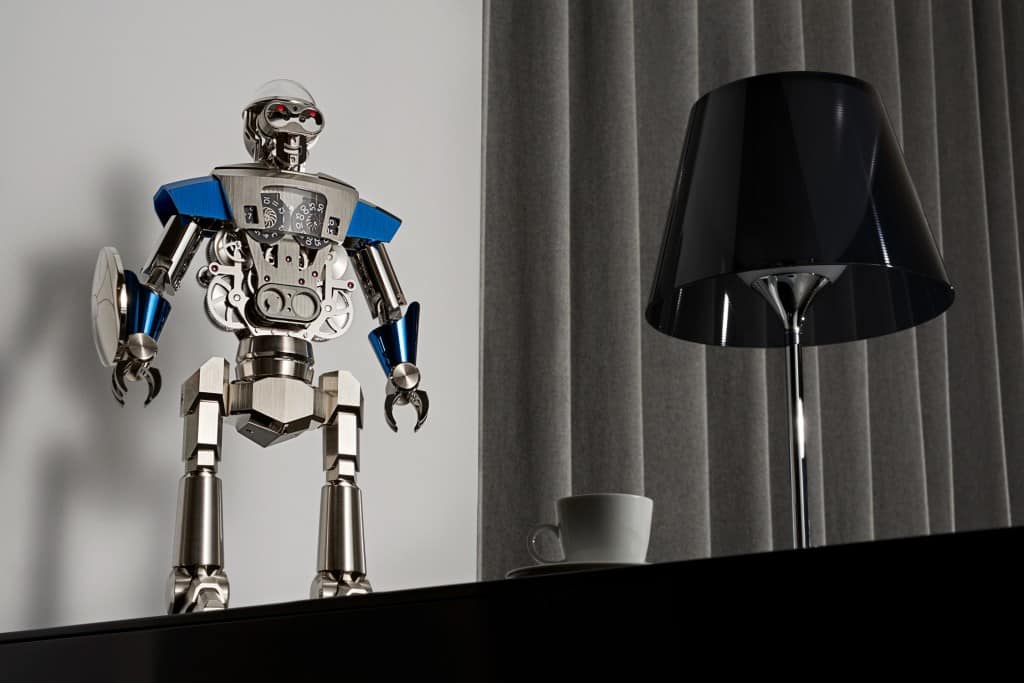 Here something a little different from the usual on this blog. Those unfamiliar with MB&F should know that this Swiss manufacture have an incredible collection of watches – one of my favourites has to be HM7 Aquapod. However, for the purpose of this blog and its content we are here to talk about something other than a wristwatch. The MB&F Balthazar L’Epee 1839 is a precision robot clock that resembles something out of The Terminator. This scary time machines weigh in at 8 kilograms and stands 40 centimetres tall and is the terryifing face of today’s watch industry.

The Wonderful Collection Of Watch Anish: 7 Watches That Seriously Stand Out From The Crowd