Released in 2018, the Richard Mille RM 011-03 McLaren timepiece marks the very first, of what is expected to be of many, collaborations between Richard Mille and McLaren.

Officially partnered in 2017, both organizations represent significant opulence and are the leading brands that are respectively at the top of their fields. It is only natural that the best of the best partner up and collaborate to create something truly unique. 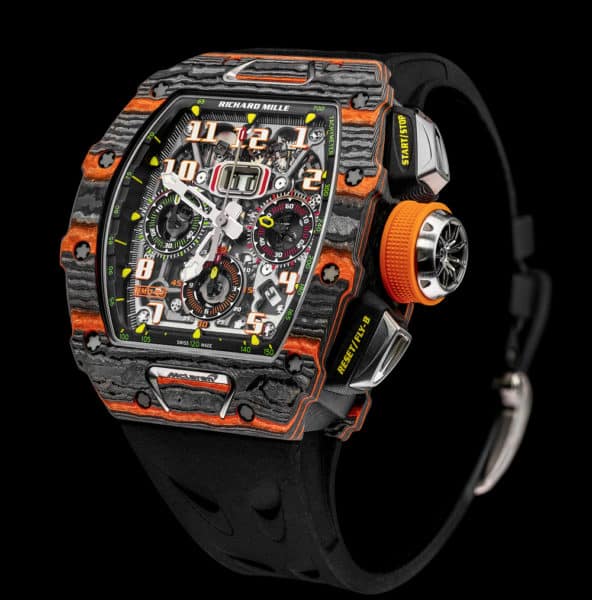 The timepiece is just limited to 500 pieces, and will be initially available to McLaren Ultimate Series clients. In essence, if you buy the car you will get first refusal on the same number watch.

As expected, because both car and watch are limited in number, therefore availability is seriously scarce and both examples are going above the listed retail price. 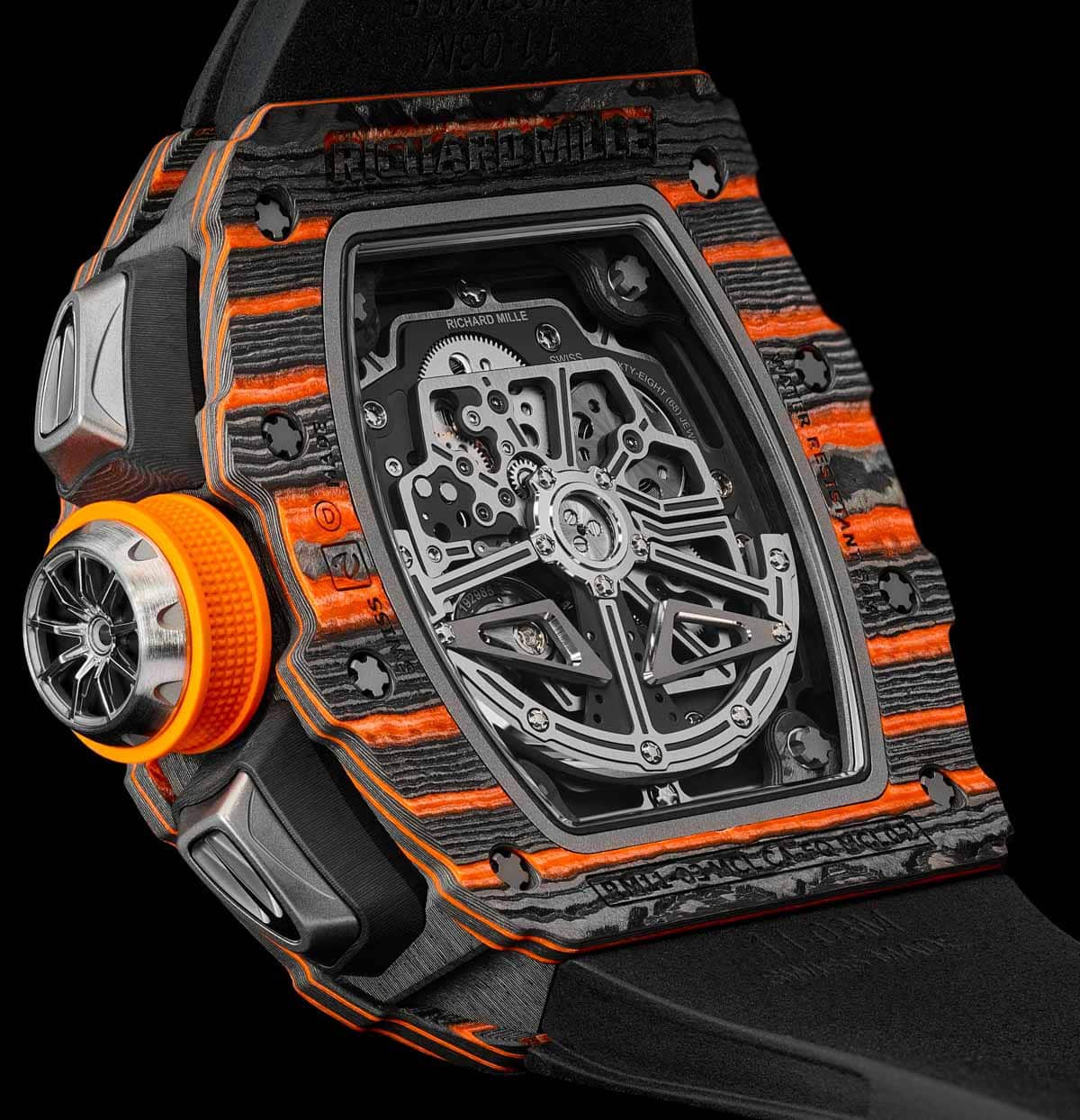 The RM 011-03 represents not only a special partnership (officially contracted until 2027), but also represents the culmination of two innovative and performance driven companies.

The ‘engine’ of the watch, features the remarkable RMAC3 calibre movement that was officially released in 2016. As far as sports movements go, this is the best you can go, with a Flyback Chronograph and a whopping 55-hour power reserve.

The aesthetics of the watch are clearly styled on the interior and exterior of McLaren cars. Although Richard Mille uses a combination of carbon techniques, the use of technical and lightweight material, in this instance Carbon TPT interwoven with Orange Quartz TPT, is reflective of what McLaren use to construct their high-performance cars. 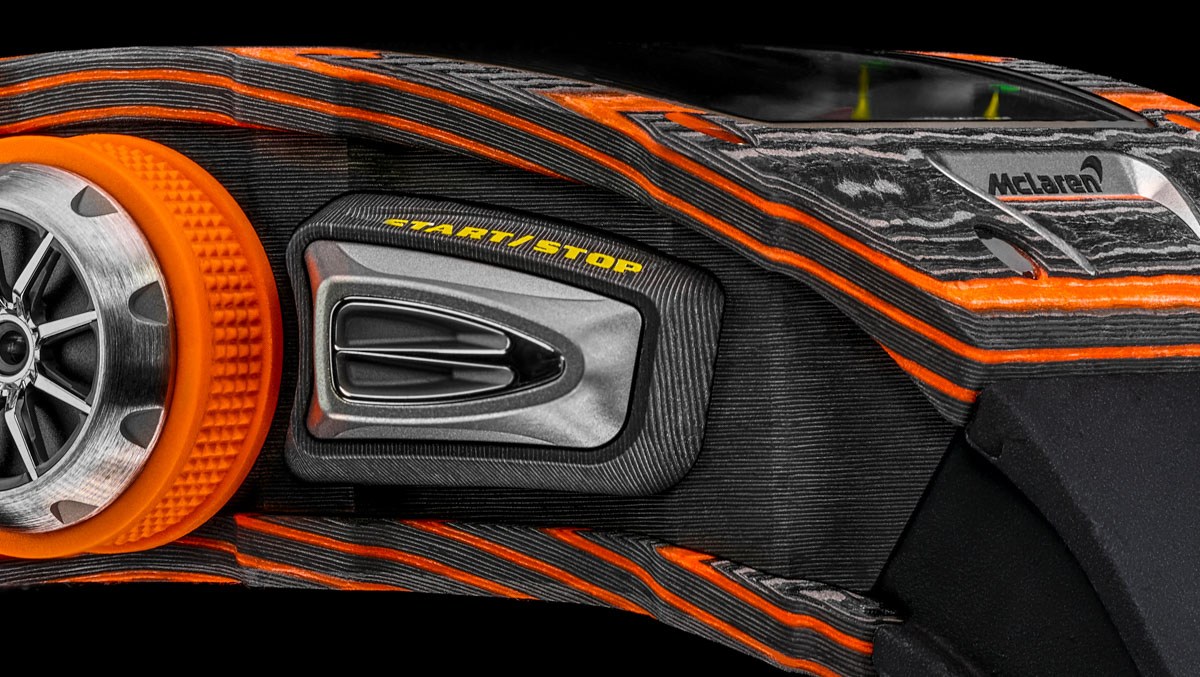 The Iconic History of the Rolex GMT-Master