Richard Mille have done it again. The latest introduction is the super functional RM 25-01 Tourbillon Adventure, in collaboration than no other than the legend that is Sylvester Stallone. It was only natural that Richard Mille pairs this survivalist watch with the actor who brought John Rambo to life. In fact, I think it is fair to say that if John Rambo were to choose a wristwatch, this would be it.

The newly announced RM 25-01 is nothing short of technical brilliance, seamlessly combining a chronograph, tourbillon, power reserve indicator, torque level indicator, a mountable compass, a side spirit level and a side sealed cache for 5 water purification tablets into one wristwatch.

As an avid Richard Mille collector, it was only a matter of time before Sylvester Stallone would have a say in the creation of a Richard Mille, and may mark the start of a new official collaboration between the actor and the Swiss watch brand. 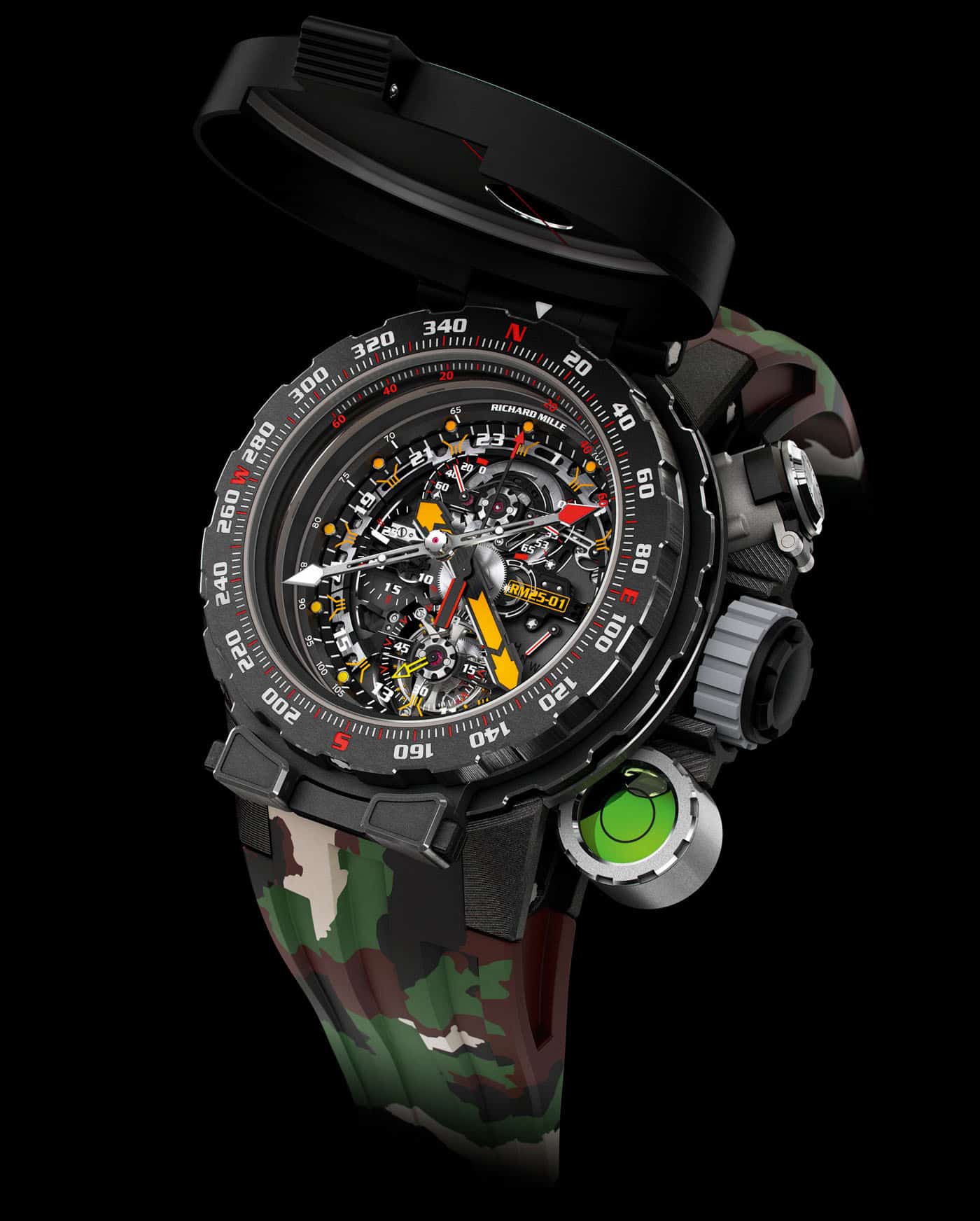 The timepiece is limited to just 20 pieces and is eye-wateringly expensive, with a retail price of $983,000.00. However, there is no denying that this is a timepiece to marvel and symbolizes the passions shared between Richard Mille and Sylvester Stallone; action, adventure, luxury and refinement.

I personally like the idea of the watch, and the RM 25-01 simply shows what I believe to be Richard Mille at the top of the game in terms of innovation and pushing the boundaries in horology. Whenever we blog on Richard Mille, we continue to point out that Richard Mille are leaders in innovation, and creating new quirks for watches that are wanted by watch collectors. 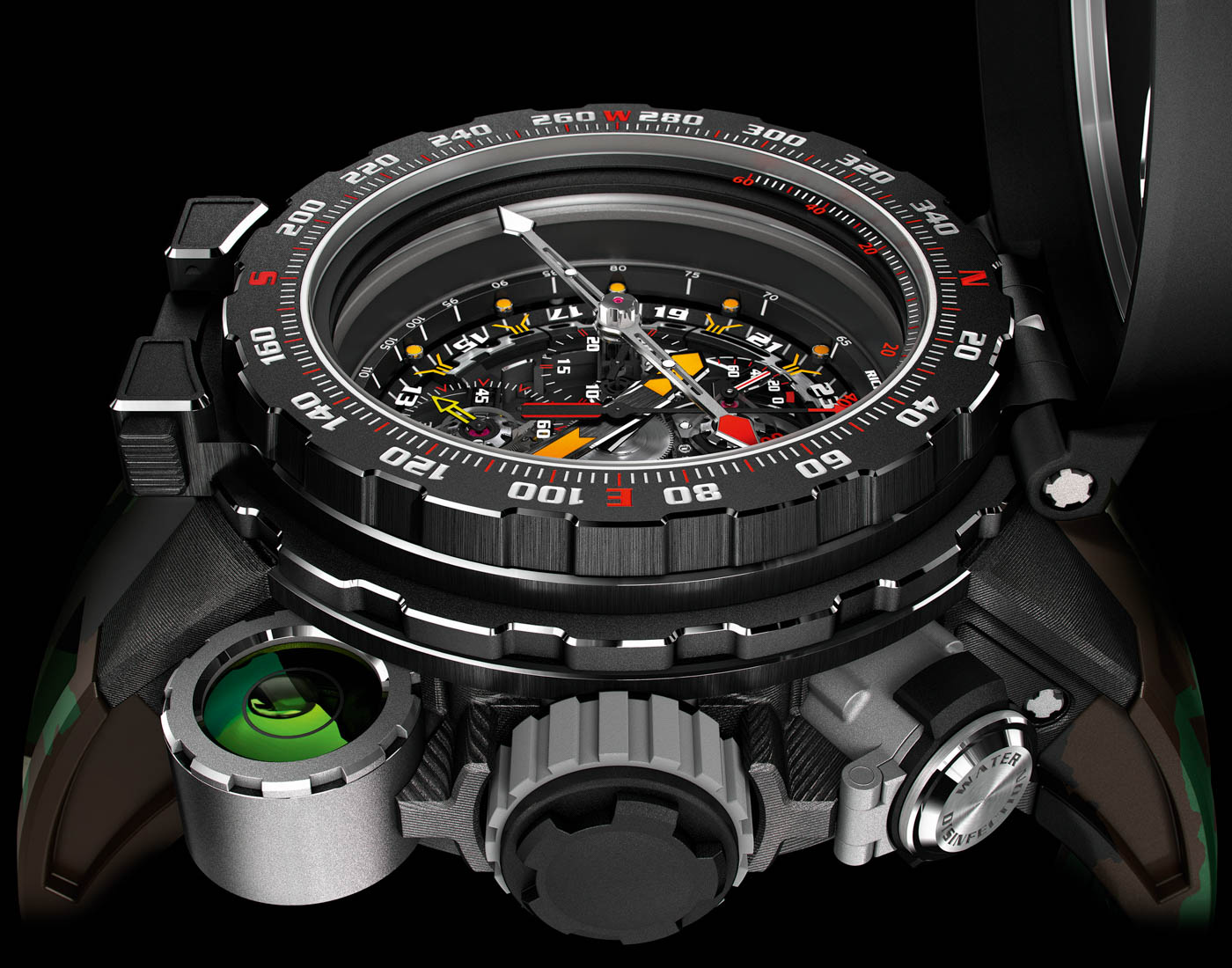 The RM 025-01 is 50.85 mm in diameter with a carbon TPT and Titanium case for rugged measure. The case houses the in-house developed RM 025-01 calibre manual winding tourbillon movement, with a 24-hour display, minutes and chronograph function, power reserve and torque and function indicators. 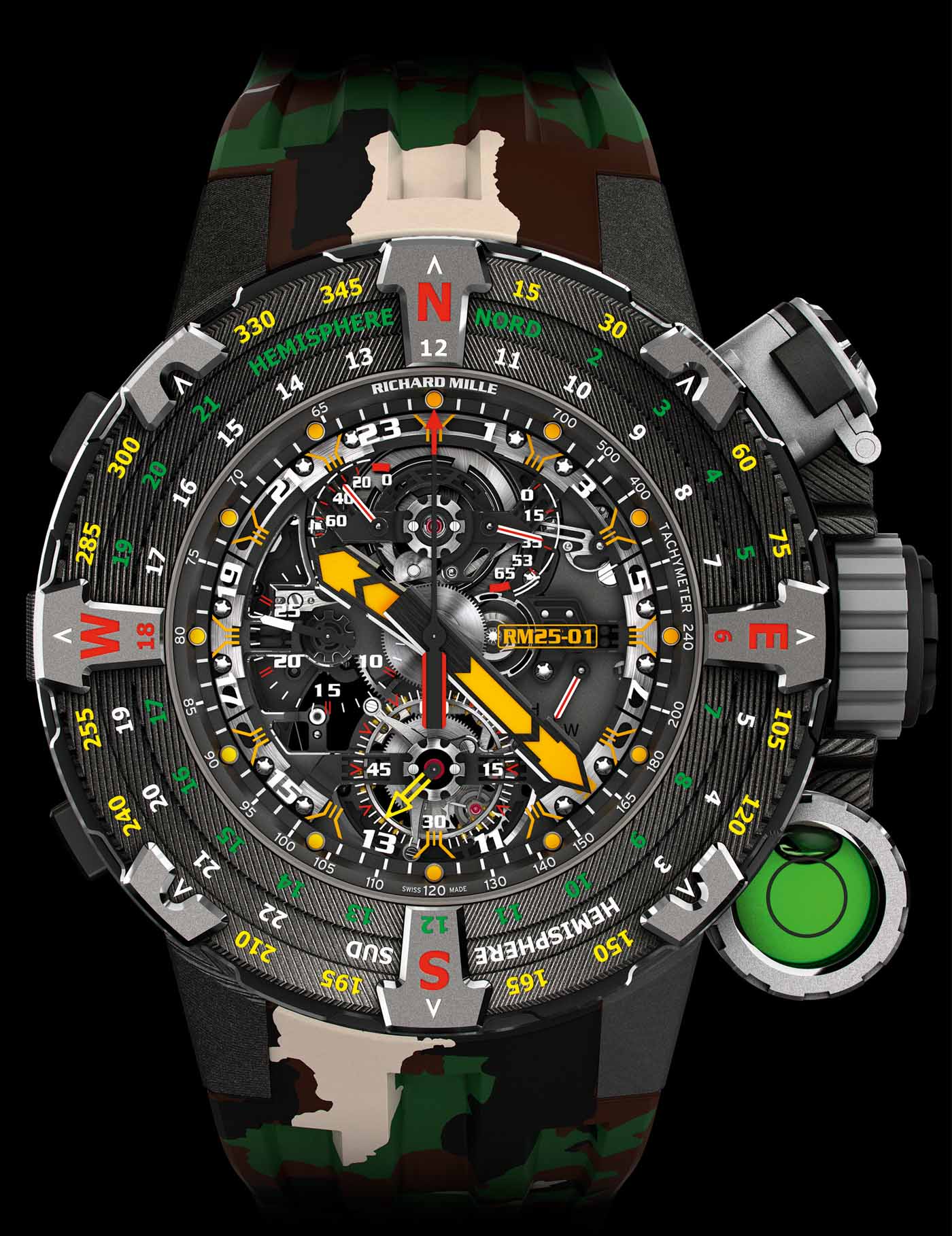 The watch also features a compass function that is available through the innovative detachable bezel design. The RM 025-01 effectively comes with two interchangeable bezels, one bidirectional bezel and the other the compass bezel. 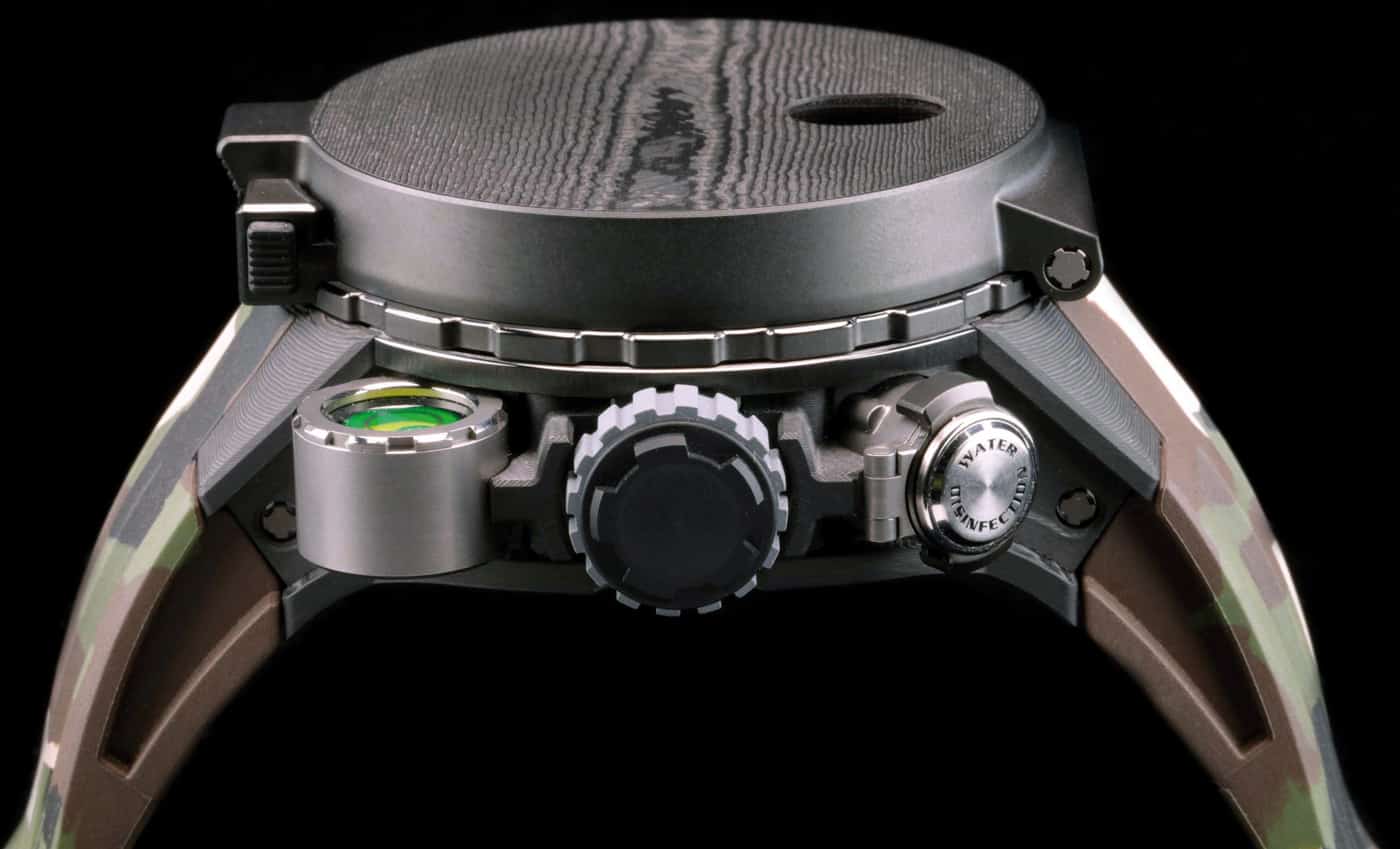 The compass, attached to a carbon TPT cover and a titanium mount, is easily separated via a bayonet mount fixed on to the case. The compass bezel features a mirror in the cover to for taking readings, and the spirit level function mounted on the side of the case is present to assist in taking more accurate readings on the compass.

The watch features the very best in anti-magnetic and anti-reflective technology, all to prevent interference with the tourbillon movement and compass function and to make telling the time as easy as possible. 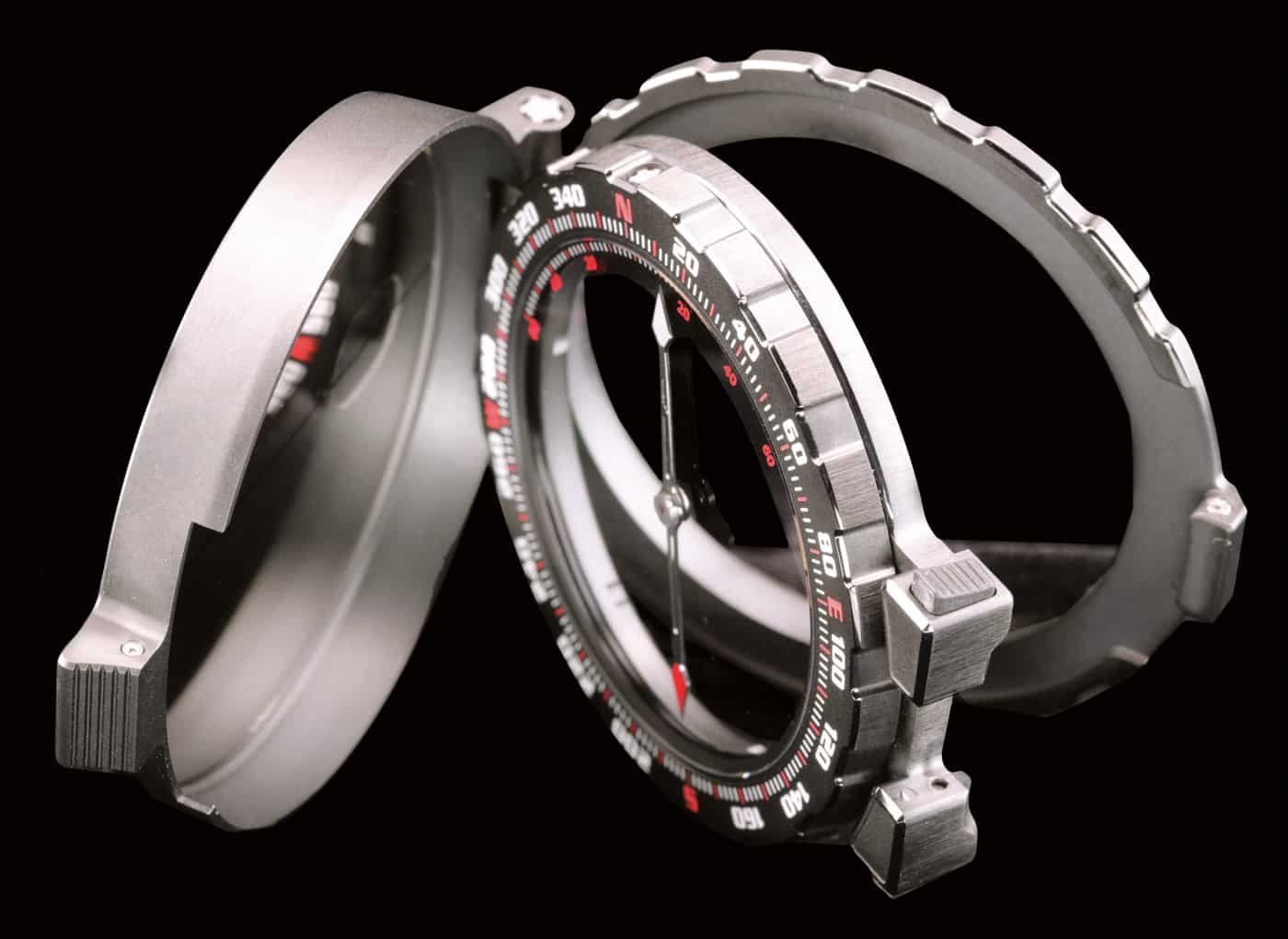 The Richard Mille also features a torque limiting crown feature (employed by most Richard Mille watches), which is used to secure the movement against over-winding. On the dial, this is linked with a small display letting the user know what function is active at that time – considering the amount of functions on this watch, a handy feature. 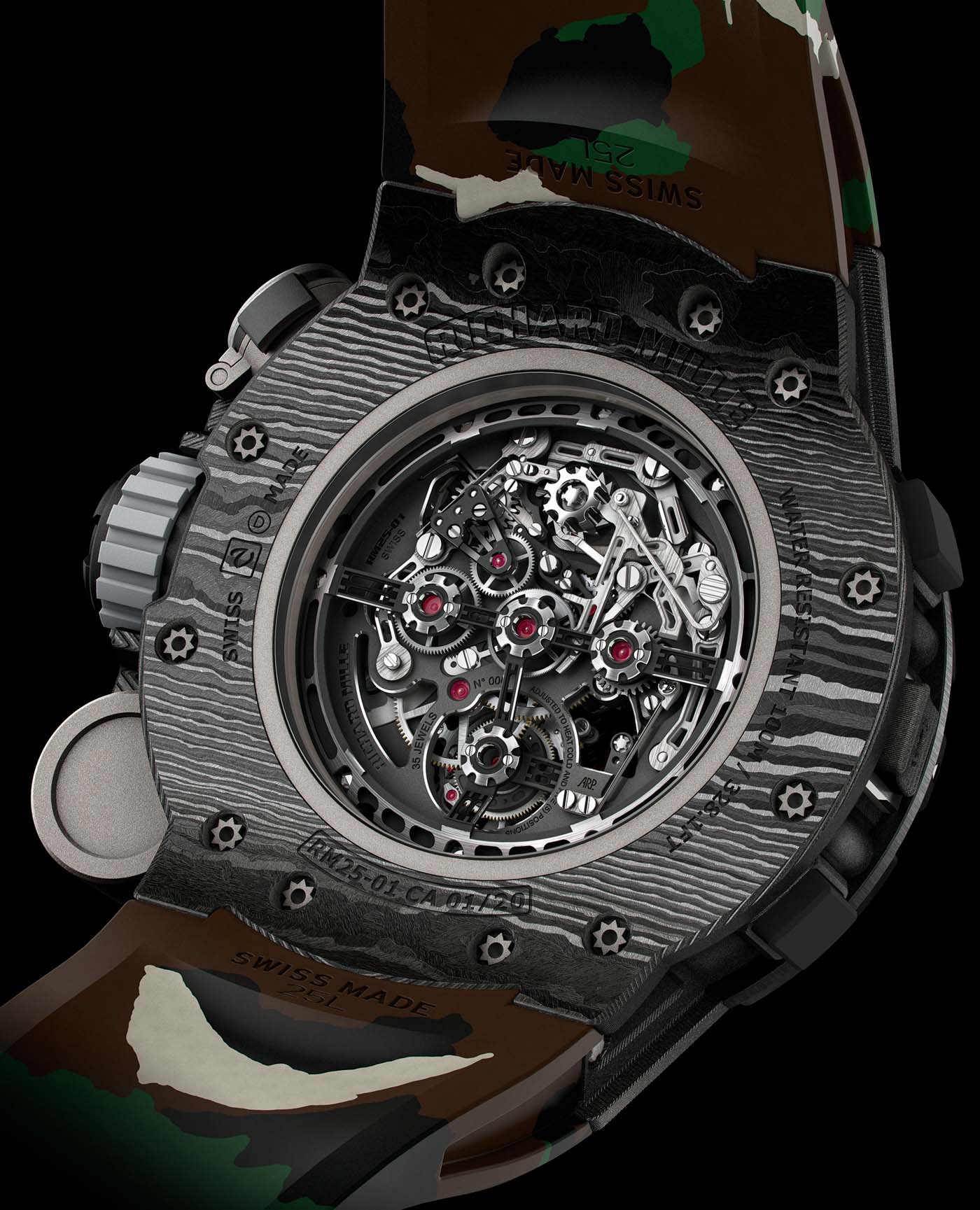 Finally, the RM 25-01 features a hermetic air-tight chamber which contains 5 water purification tablets of which (according to Richard Mille) is capable of rendering a litre of any water safe to drink after 30 to 120 minutes depending on the level of pollution (good thing for the chronograph). Although this does seem like a bizarre wristwatch feature, I think it does play well into the identity and brand of the ‘Survivor / John Rambo’ watch.

Although, I must say that I find it very hard to imagine the user of this $ 1 million pound watch would ever need to purify water in the case of been stranded in the centre of the luxury destinations of the world – but you never know. 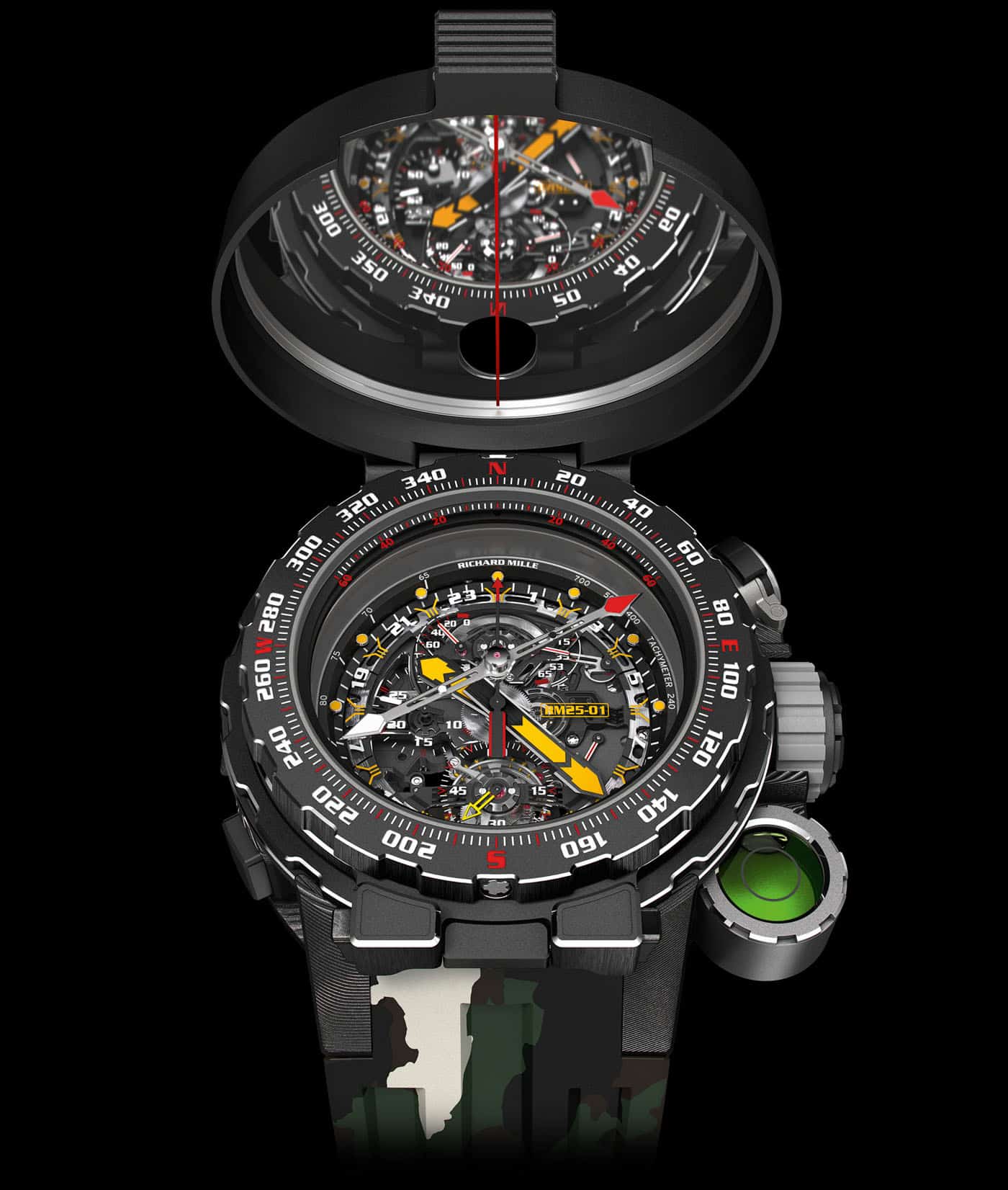 Overall the RM 25-01 is a simply wondrous watch filled with fun, sheer technical mastery in horological terms and symbolizes a watch brand that continues to push the boundaries as to what is acceptable in timepieces. The watch also symbolizes a new (and hopefully continuing) relationship between the acting sensation Sylvester Stallone and Richard Mille.

Although you can’t help but think half the complications are needed, you have to remind yourself that complications are to serve the pleasure of the wearer, and as such you have to say this is a fun limited edition perfect for those that seek different and new. In many ways, the camouflage strap ties in perfectly to what the watch tries to be – the ultimate ‘Survivors’ watch. It really is something John Rambo would be proud of.

A Look at Jaeger-LeCoultre’s ‘The Great Wave Off Kanagawa’ Reverso Watch!