James Bond Watches And The New Omega Seamaster for Spectre

Not only is James Bond famous for his flash cars and vodka martinis but he’s also famous for his luxury watch collection. From Rolex to Omega, this world saving, ladies man has excellent taste in watches. Explore the history of classic James Bond watches and find out more about the new Omega Seamaster for the highly anticipated Spectre movie. Read more. 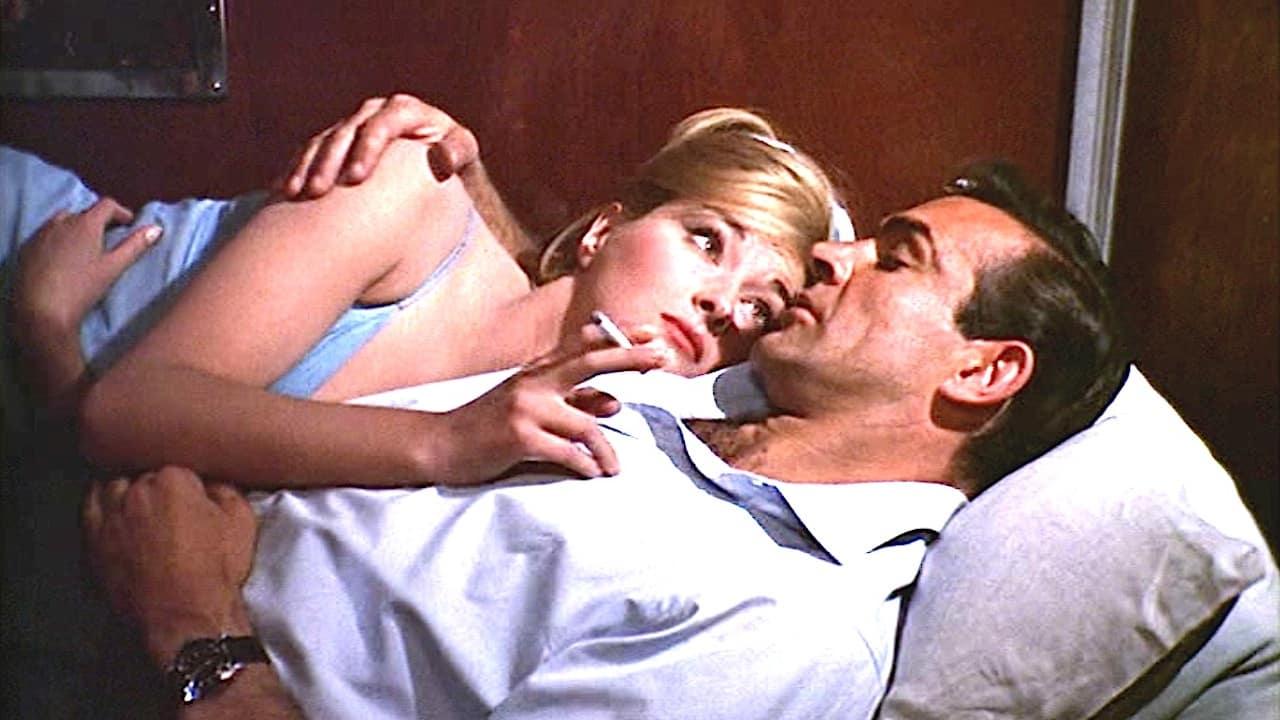 With the James Bond movie franchise along with its watch collection spanning almost 60 years, it’s no wonder that watch enthusiasts have always regaled each time a new movie, such as Spectre is released. Although some movie fans have grumbled about “blatant product placement”, devotees of brands such as Omega and Rolex are delighted to see them featured. Let’s take a look at some of the watches worn by the many actors that have played James Bond.

007 enthusiasts will have spotted the Rolex Submariner on Sean Connery’s wrist in the first Bond film – Dr No. The Scot wore the watch throughout his tenure as James Bond and it gained such association that collectors still refer to it as the James Bond watch. Released in 1954, it was already becoming a classic and its understated nature meant Bond could rely on it whilst on exercise, allowing him to blend in with a crowd. Creator Ian Fleming gave his hero a ‘heavy Rolex Oyster Perpetual on an expanding bracelet’ –  a watch Bond put to use as a knuckle duster while punching out a henchman in On Her Majesty’s Secret Service. The writer made it quite clear that “a man’s choice of watch said as much about him as his Savile Row suit.”

Digital watches were on the rise by the mid to late 1970s, threatening to kill off the art of mechanical movements. But just like his outfits, Roger Moore’s 007 kept up with the trends, which is why Seiko was the watch of choice for the Spy Who Loved Me. Roger Moore wore the rectangular Seiko 0674 LC in this popular film, which also printed out tiny messages from a fellow spy. Rolex watches then appeared in almost a third of the sagas, with nods to Tag Heuer in The Living Daylights, Breitling in Thunderball and Seiko back in Moonraker. 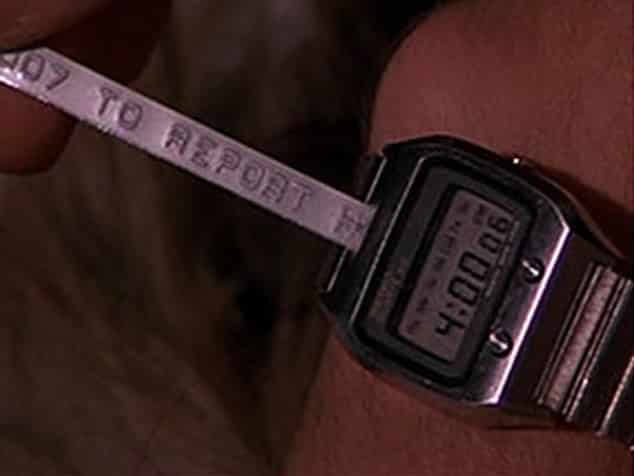 James Bond’s Seiko printing off a message from headquarters 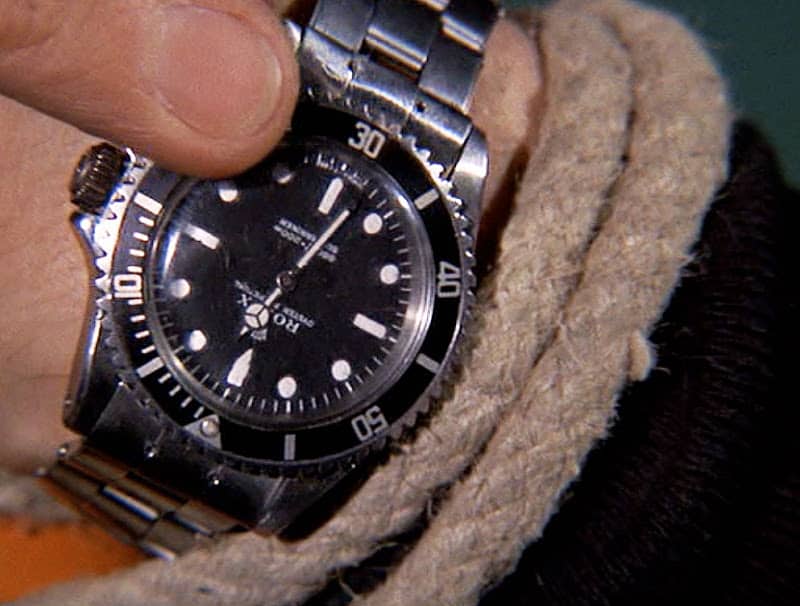 At different points in the Bond movies, we see the spy wearing some other watches that were specially modified by Q and made cameo appearances in the films. In the early days, Bond confirmed the functioning of the Geiger Counter by testing it against the luminous, slightly radioactive dial of his Rolex wristwatch. In From Russia with Love, Bond revealed a watch from which a wire garrote could be drawn and was used by Red Grant to strangle a fake Bond as part of a training exercise in the opening scene. He later attempted to strangle the real 007 in the film’s climax, only to have it turned against him. A highly modified Rolex Submariner was given to Bond by M in Live and Let Die, which when turned on, could snag any lightweight metallic item but notably, failed to save Bond as he attempted to escape from alligators… but at least allowed him to unzip the dress of a fair maiden. 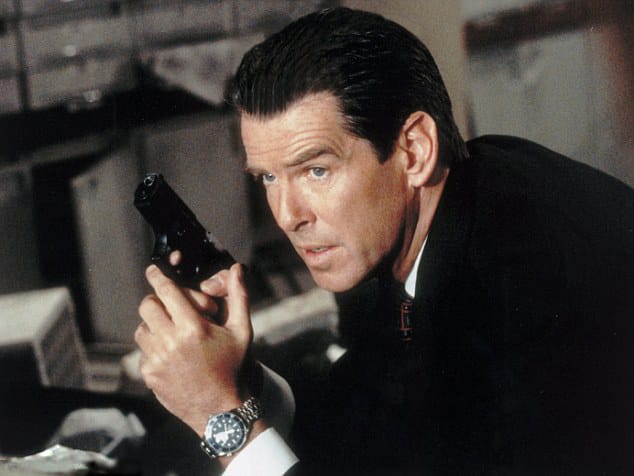 Pierce Brosnan and his Omega Seamaster

In the mid 90’s, actor Pierce Brosnan took on the role of James Bond. This is also when Omega became the official watch partner of the franchise. Omega made its debut in 1995’s “Goldeneye” with the Omega Seamaster Professional 300M Ref. 2541.80 quartz dive watch. This durable timepiece also featured a number of Q’s enhancements for the movie, including a remote bomb detonator and a powerful laser beam that could slice through steel.

Daniel Craig’s Bond has preferred to keep it simple so far and as such, his watches lack the deadly modifications, although they remain equally as stylish. Daniel Craig’s James Bond takes us back to where it all began with Casino Royale, which featured both the Omega Seamaster Planet Ocean and the Omega automatic Seamaster with co-axial escapement. This takes us to the latest watch in the franchise for the movie Spectre, which also features a version of the Omega Seamaster. 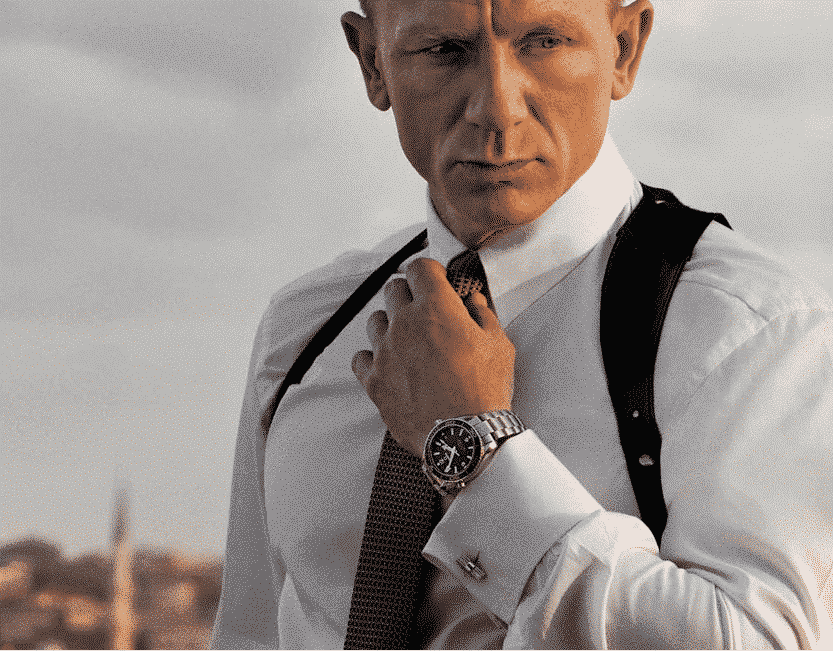 Along with a licence to kill, Bond… James Bond, has a lucrative licence for product placement – especially timepieces, and with the long-awaited arrival of Spectre, Bond buffs will be eager to catch a glimpse of his latest watch… but they won’t be surprised to learn it’s yet another version of the popular Omega Seamaster. For the first time ever, there will be 7,007 replicas made of the official Bond watch – the ‘Seamaster 300 limited edition’ with a black and grey strap and film logo on the case – available to buy in shops worldwide.

Despite this, Bond will also wear another watch during the movie, which was released earlier this year: a smart blue and yellow Seamaster Aqua Terra 150m, boasting strength in anti-magnetism. Bond has been wearing the Omega Seamaster and different versions of it for two decades. There’s even a nod to his watch collection in Casino Royale when Vesper Lynd thinks she has Bond sussed.

Can another brand surpass the Omega Seamaster and its many versions or is it here to stay?

Fancy yourself as a bit of a Bond? Visit www.luxewatches.co.uk for similar Rolex and Omega designs.