Sotheby’s auctioned off an exquisite private collection of wristwatches and timepieces in Geneva today. On offer was an incredible balance of both vintage and new watches. Here are our top six picks from the auction:

The Richard Mille RM 001 fine and rare white gold tonneau form tourbillon wristwatch with power reserve and torque indication. In 2001 the RM 001 marked the beginning of a new era in watchmaking and was the very first Richard Mille watch. This first model proves to be the inspiration of several to follow in the ensuing years. 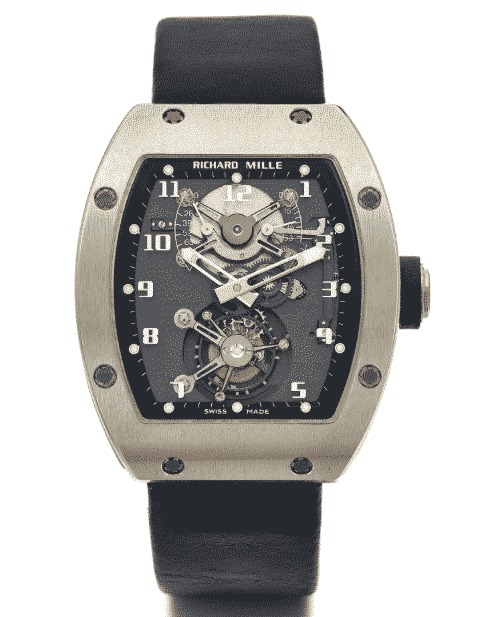 The watch is encased in white gold (45mm x 38.30mm) and is complete with hours, minutes, and seconds complication with an extended power reserve display. The RM001 contains a mechanical, manual winding tourbillon visible to through the sapphire crystal caseback and front. The RM 001 white gold is limited to only 17 pieces, making this watch very rare and highly sought after by collectors. The watch officially sold at auction for 281,250 CHF. 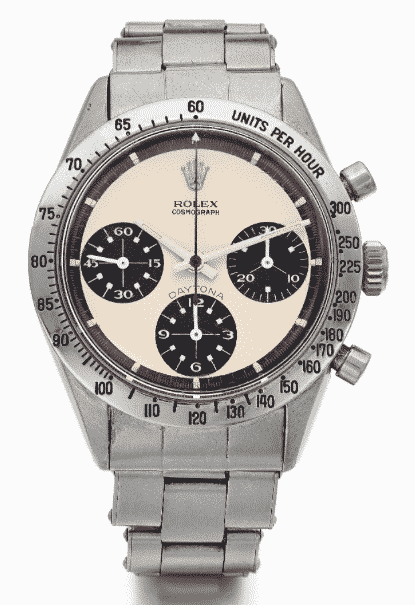 This absolutely stunning stainless steel is extremely rare and is dated for 1965. The watch is encased in Rolex’s Oyster stainless steel case and is 37.5mm in diameter. Screw-down crown and case back, steel bezel calibrated for 300 units. Case, signature ‘Paul Newman’ dial and movement all signed. The watch is iconic for its tri-colour black, cream and red dial, applied square indexes with luminous dots, steel baton hands. The “Paul Newman” also includes 30-minutes and 12-hour registers, outer minute and 1/5 seconds divisions. The movement is cal.722-1 nickel lever movement and includes 17 jewels. The watch officially sold at auction for 108,750 CHF. 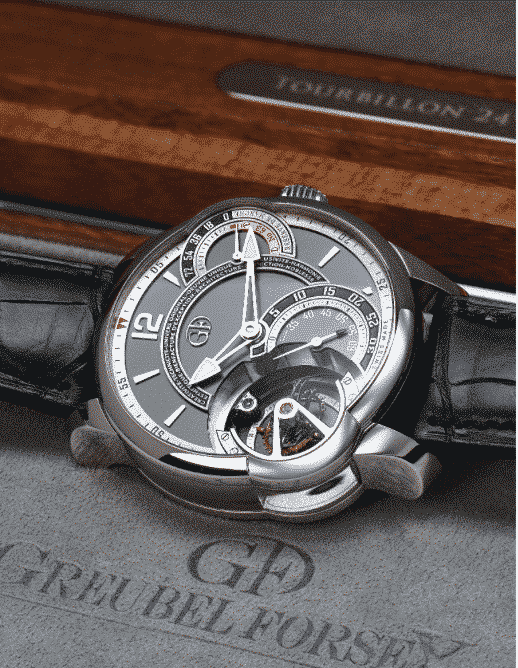 A rare and impressive platinum asymmetrical 24-second inclined tourbillon wristwatch with a 72-hour power reserve indication. Housed in 44mm platinum case and sporting a grey dial, with eccentric window revealing 24-second inclined tourbillon, this watch is something to behold. The “Tourbillon 24 Seconds Incliné” works to minimize the effects of gravity on the watch; the use of extremely low-density alloys such as Avional and titanium, which are employed in the aeronautical industries. The tourbillon cage alone is comprised of 87 parts and yet weighs just 0.39g. The time is displayed on a large 24-hour ring with concentric minute display. 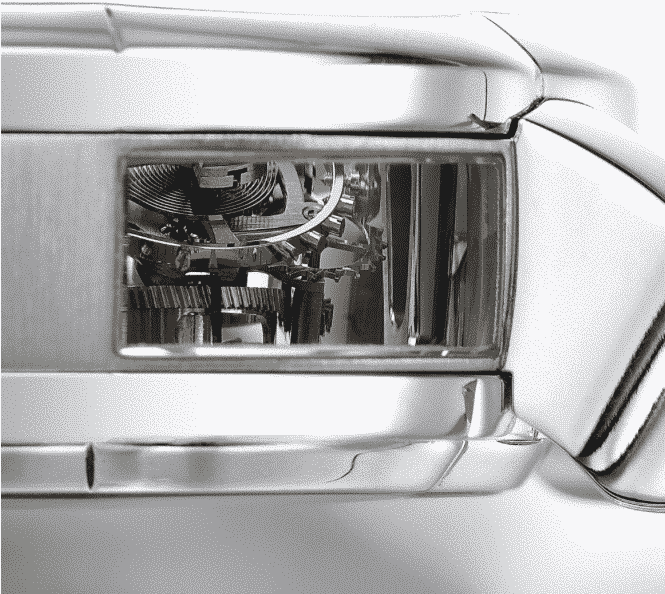 The superior hand finishing of Greubel Forsey’s movement is renowned and it is therefore no surprise to learn that a quarter of the team at the firm’s atelier is purely devoted to this work. The architecturally inspired case, with its asymmetrical design, is perfectly balanced by the opposing niches that contain the tourbillon carriage and power reserve sector. With an additional curved sapphire crystal set to the side of the case, it is possible to fully appreciate the tourbillon carriage in action as it gives the impression of being magically detached from the wheel train. The watch officially sold at auction for 212,500 CHF. 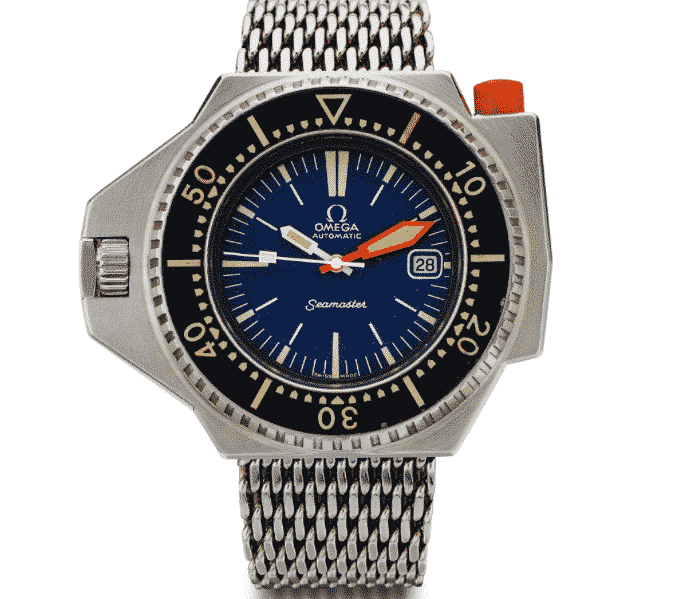 Released officially in 1970 after four years of continuous research and development, the ‘Ploprof’ has many distinguishing features to note. Its large asymmetric case (54mm in diameter) is forged from a single piece of stainless stell, the red pusher on the top of the case, bi-directional bezel and oversized broad arrow hands provided optimal functionality for divers while, at the same time, producing an aesthetic synonymous with the 1970s – features that are indeed as attractive now as they were then. This particular watch is separated from the majority by the signature, or lack thereof, to the dial. Once the ‘Ploprof’ was officially released, dials were signed ‘Seamaster 600 Professional’, this watch however, confirmed as a prototype by Omega, is simply marked ‘Seamaster’ with no 600 or Professional designation. The watch officially sold at auction for 87,500 CHF.

This stunning Patek Philippe launched the Ref. 5101 in 2003 as a tribute to a rectangular tourbillon wristwatch produced between 1956 and 1957. This example is illustrated in Huber, M. & Banberry, A., Patek Philippe Pocket Watches, Vol.1(2), pp. 178-179. The present watch boasts a combination of two rare complications: a 10-day power reserve and a tourbillon. The impressive triple-stepped case pays tribute to the firm’s legendary Art Deco designs. 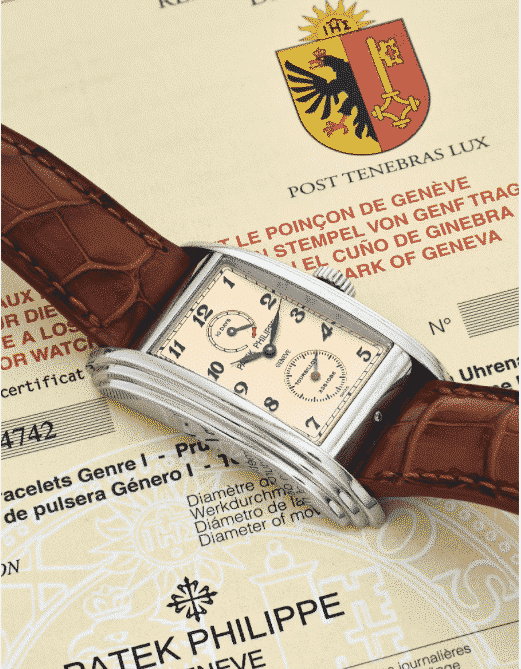 The movement is the cal. 28-20/222 manual winding movement stamped with the seal of Geneva and includes 29 jewels with a one-minute tourbillon carriage with free-sprung Gyromax balance. The watch officially sold at auction for 150,000 CHF.

The crème de la crème of the auction, this amazing yellow gold Patek Philippe Ref 2438-1 is said to have been manufactured between 1952 and 1963 and was the first water-resistant type perpetual calendar wristwatch produced in series by any company. Produced at the same time as the reference 2497 snap-back, total production of the Ref 2497 and 2438-1 combined was just 179 pieces, from which around 65 cased as 2438-1. 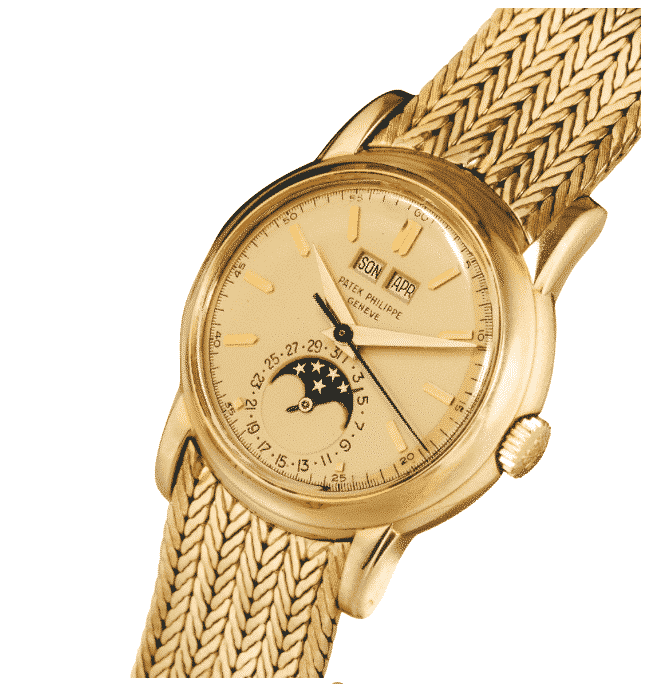 The Ref 2438 is known to be produced only in yellow and pink gold. So far, less that 30 examples in yellow gold were identified of the approximate four dozen made in total. The caliber 27SCQ was equipped with the Victorin Piguet under dial perpetual calendar cam modification. The letter ‘Q’, for quantième (that can be translated by date accounting in English), would be added to the caliber name to denote the perpetual complication. Victorin Piguet was a master watchmaking house based in Le Sentier, Switzerland. They had a very long and trusted relationship with Patek Philippe, enhancing their perpetual calendar movements and designing unusual complications, such as split second and single-button chronographs. 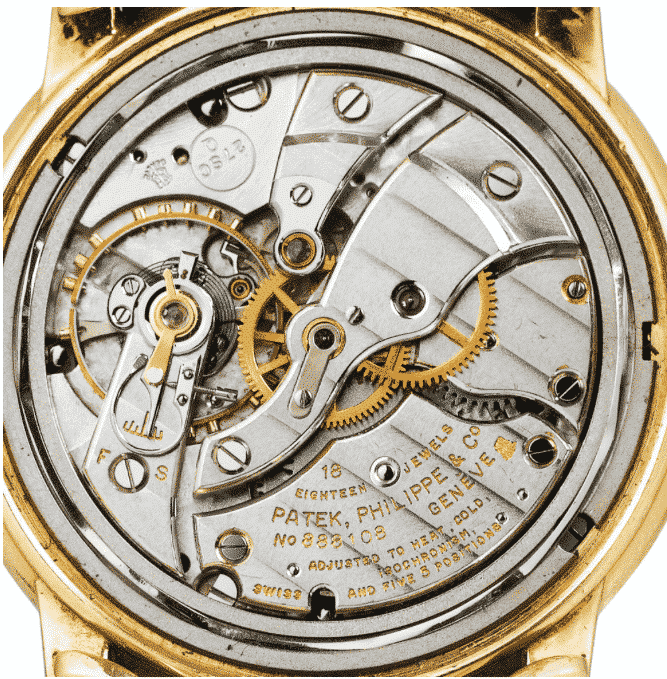 The classic elegance of the present piece is harmoniously combined with a masculine look, given by the pointed baton indexes and the large sizes of the case and lugs. It is further complemented by the symmetrical and linear design of the dial and the faceted dauphine hands. The large stars of the moon phases emphasize the presence of this rare watch. Until today, the watch was preciously preserved in the family of the original owner. This important discovery represents a rare opportunity for a discerning collector to acquire a very attractive and previously unknown example of what is considered by many as the ultimate perpetual calendar reference by Patek Philippe. The watch officially sold at auction for 336,500 CHF.

The Watches Of Lord Sugar: A Complete Collection From The Apprentice on BBC One – Part One