The watch pays tribute to the legendary French skier Alexis Pinturault, who earlier this year secured his 19th World Cup win on the slopes of Adelboden, Switzerland. During the win, Pinturault was wearing the classic RM 035 that has been in production since 2014, but the newest edition RM 035 Ultimate is dedicated to skiing rather than tennis. 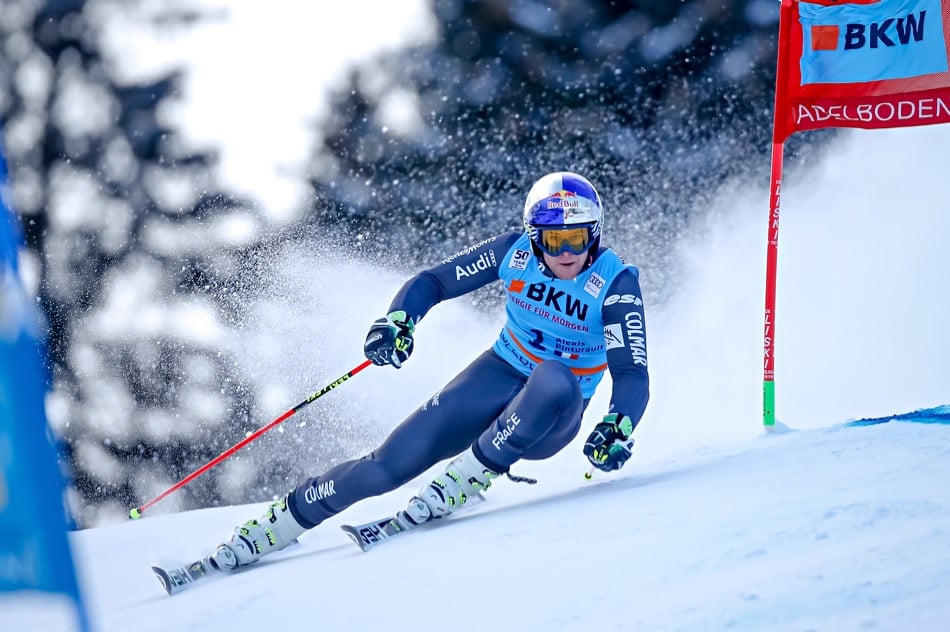 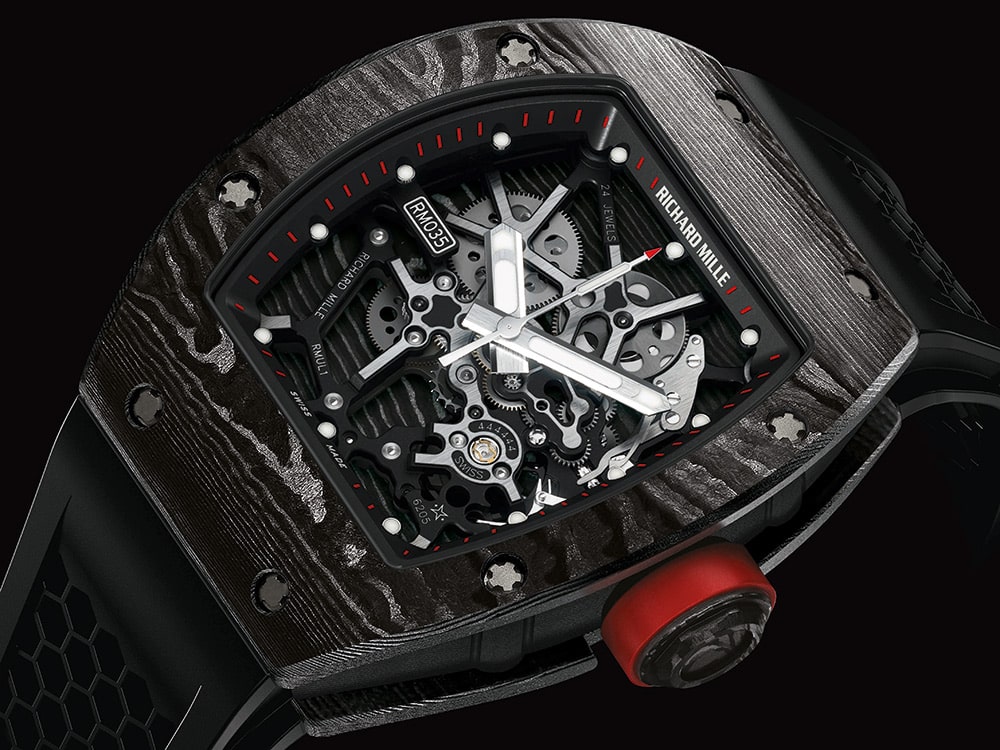 Like all Richard Mille watches the open-worked dial display gives the Richard Mille watch a fantastic look. However, with the Ultimate, the movement contrasts so well with the grainy wave-like pattern of the Carbon TPT finish caseback. Of course this means there is no caseback glass to view the movement from behind, but this only adds to the fact that this is a new watch with new ambitions to succeed. Richard Mille also uses grade 5 titanium spline screws on the bridge and case as well, with the Swiss watch manufacture investing heavily in creating a watch that neither degrades or diminishes during and after manufacture and use.

The RM 035 Ultimate also holds shock resistance as a highly important feature. Richard Mille are proud to create highly sophisticated timepieces that can be worn in professional sports, or in this instance ready for use for professional skiers. In any case, the watch is exquisite in construction and flawless in design. 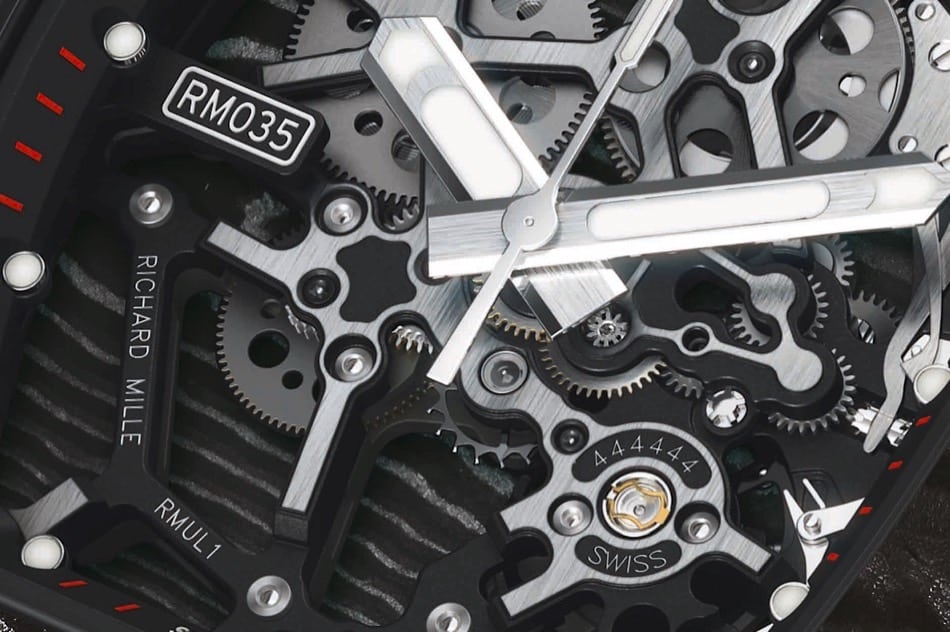 The watch offers 55-hour power reserve and houses a free sprung balance with variable inertia, with the bridges and baseplates all crafted from grade 5 titanium for increased durability and strength. For Richard Mille the watch isn’t the most colourful watch you’ve ever seen, however, you have to say this monochromatic design with added emphasis on the wave texture of the Carbon TPT works. The watch shows you don’t have to be bold to be beautiful. 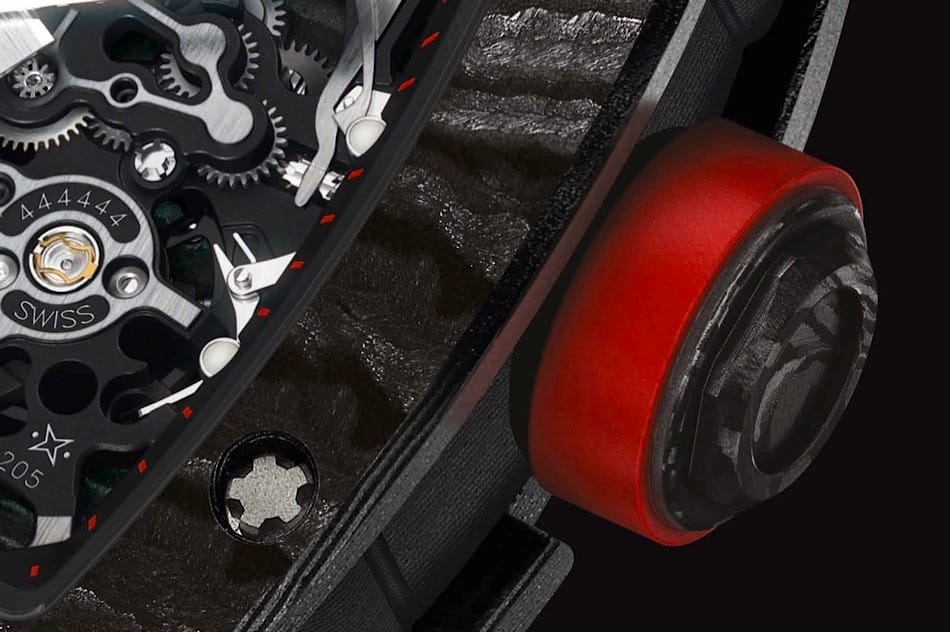 Richard Mille have undoubtedly released yet another masterpiece watch, designed to withstand the rigors of professional sports. The watch is complete with a black polyurethane rubber strap that not only offer optimum comfort but can also handle a little bit of snow here and there. The watch is limited to just 35 pieces worldwide and exclusive to Richard Mille boutique.